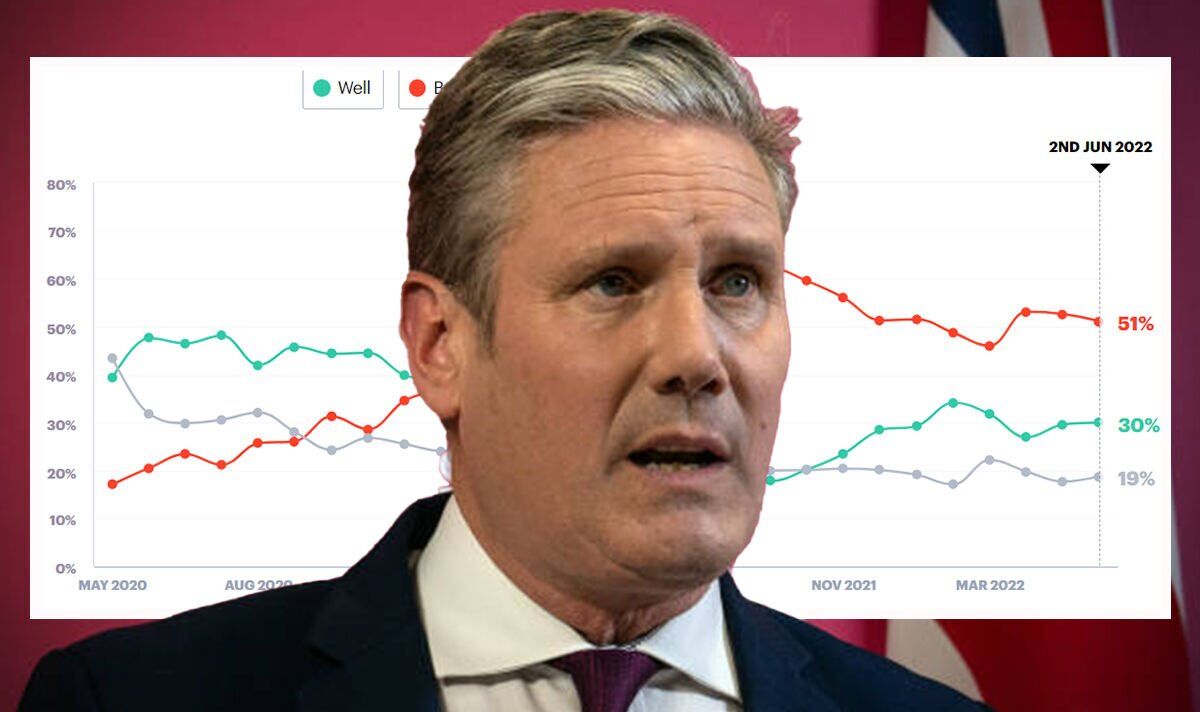 Labour leader Sir Keir Starmer now has a higher approval rating with the public than Prime Minister Boris Johnson. The PM’s popularity has nosedived since the turn of the year, following further developments in the Partygate scandal. Supporters have turned to Labour, which is currently the polling favourite to win the next general election.

Sir Keir currently has an approval rating of 30 percent according to YouGov – correct as of June 2.

The score means the Labour leader has seen no change to his approval rating, which was released in May.

Between September 2021 and March 2022 he had steadily swelled his popularity month-on-month.

READ MORE: Truss poised with ‘get out of jail card’ to escape deal

If a general election took place today Labour, would be the favourites to form a government.

The party leads the Tories by five percentage points, with 36 percent of the vote.

But despite topping the survey, Labour’s advantage has been cut by three points, since the previous round of research was conducted.

Whereas public backing for the Tories has increased by one percent, which also holds an 11 point lead among over 55s.

Sir Keir’s support base has benefited from developments in the Partygate scandal, which have rocked Downing Street.

Last month, Sue Gray – one of the Government’s most senior civil servants – published her own findings into Government lockdown parties.

The report was highly critical of the culture within Downing Street, and highlighted the PM’s attendance at eight of the 12 gatherings she investigated.

But Mr Johnson was only fined by the Metropolitan Police for attending his June 2020 birthday party, and has refused to give in to growing calls to resign as PM.