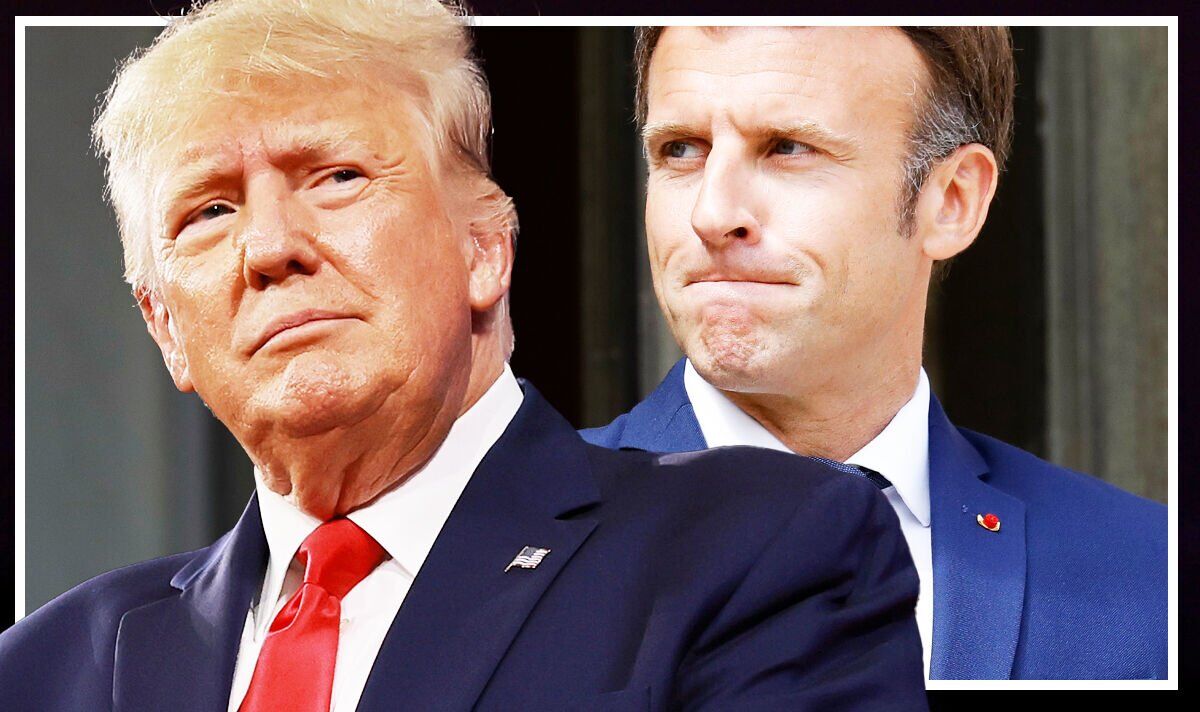 In an exclusive poll conducted by Techne for Express.co.uk, 26 percent of British voters surveyed said they would prefer Donald Trump to replace Boris Johnson when given a choice of five international leaders.

In comparison and unsurprisingly, the 16 percent who chose Ursula von der Leyen, included 42 percent of Remain voters in 2016 and 51 percent Liberal Democrats voters in the 2019 general election.

Of the total of those who expressed a preference 42 percent chose Donald Trump compared to just 26 percent for Mrs von der Leyen.

In a similar poll conducted by the Washington DC based Democracy Institute for Express.co.uk, 31 percent of Americans surveyed chose Boris Johnson over President Macron to be the next US President.

The polls come as the Prime Minister was warned he has until the autumn to set out a clear Conservative vision for the future of the UK or face being ousted by his own MPs.

Despite having survived a bruising vote of confidence on Monday, Lord Frost said the Prime Minister could not afford to ignore the “depth of opposition” he faces within his own party.

READ MORE: Why £4bn of wasted PPE is being set on fire by the Government

Writing in the Daily Telegraph, he said the biggest problem now facing the Government was not the issue of lockdown parties in Downing Street, but that voters did not understand what it was trying to do.

“Every prime minister has weaknesses and blind spots. The issue is whether they are able to compensate for them, by having the right people, by taking good advice, and by setting a clear policy direction with broad support,” he said.

“Mr Johnson probably has between now and the party conference to show he can do that.

His warning came after Mr Johnson tried to set his premiership back on track with a keynote speech in which he reaffirmed his commitment to cut taxes and set out plans to extend the right-to-buy.

DON’T MISS:
Boris blasted for leaving part of UK ‘behind in the EU’ [REACTION]
Unelected peers vow to thwart Boris’ plan to stand up to the EU [INSIGHT]
Boris Johnson criticises union barons over strikes [VIDEO]

Lord Frost, who was once one of Mr Johnson’s closest advisers but is now among his most trenchant critics, said the Government needed a clear “Conservative plan” based on “freedom and individual liberty not collectivism”.

Instead, however, he said it looked like the Government was constantly at risk of being overwhelmed by a series of crises it was having to deal with.

“Like the cockpit of a crashing airliner, the dashboard lights are all flashing red. The Government has to decide which problems must be dealt with now and which can be left until later,” he said.

The Techne poll was conducted with a sample of 1624 voters in the UK.