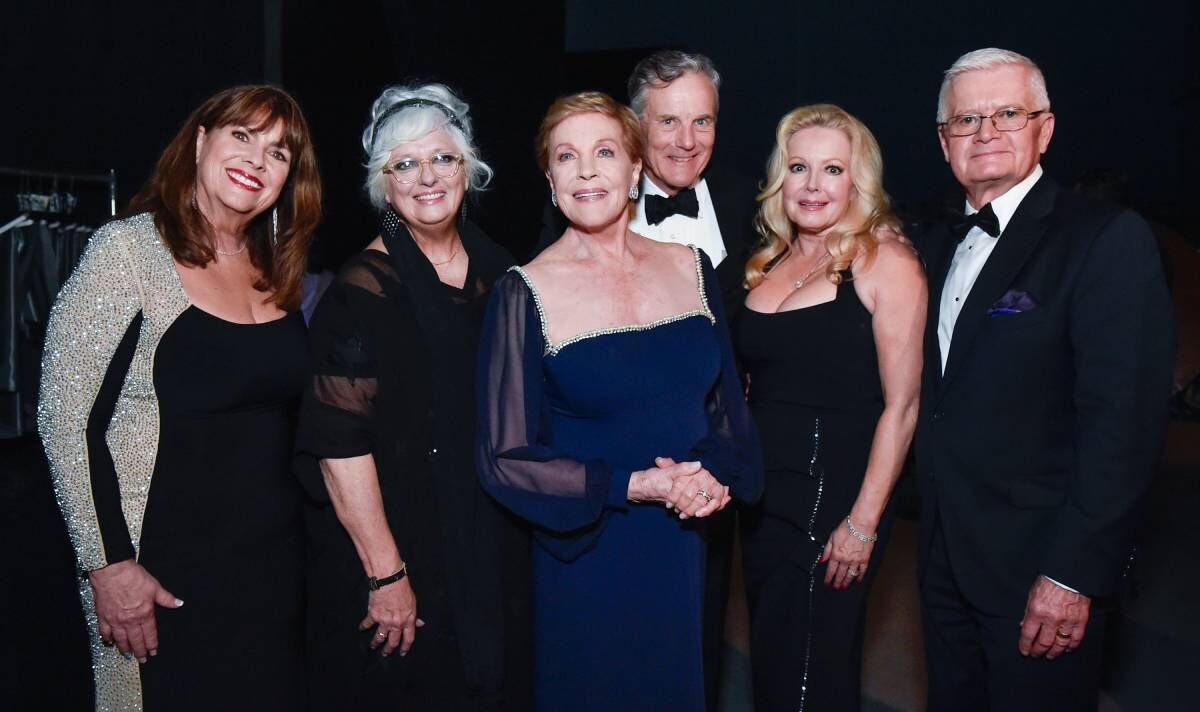 The legendary actress, 86, was honoured with the American Film Institute’s Life Achievement Award at a ceremony in Los Angeles. And co-stars from the 1965 classic movie join her at the gala.

With Julie were Duane Chase, 71, who played Kurt von Trapp; Nicholas Hammond, 72, who was Friedrich; Kym Karath, 63, the youngest von Trapp, Gretl; Angela Cartwright, 69, who starred as Brigitta, and Debbie Turner, 65, who was Marta.

In the film, Julie played Maria, governess to his seven children.

The ceremony, at LA’s Dolby Theatre, awarded Julie one of the film world’s highest honours.

The star, originally from Surrey, is also known for another iconic role, Mary Poppins.

Having climbed every mountain in Hollywood, she has recently narrated Netflix series Bridgerton.