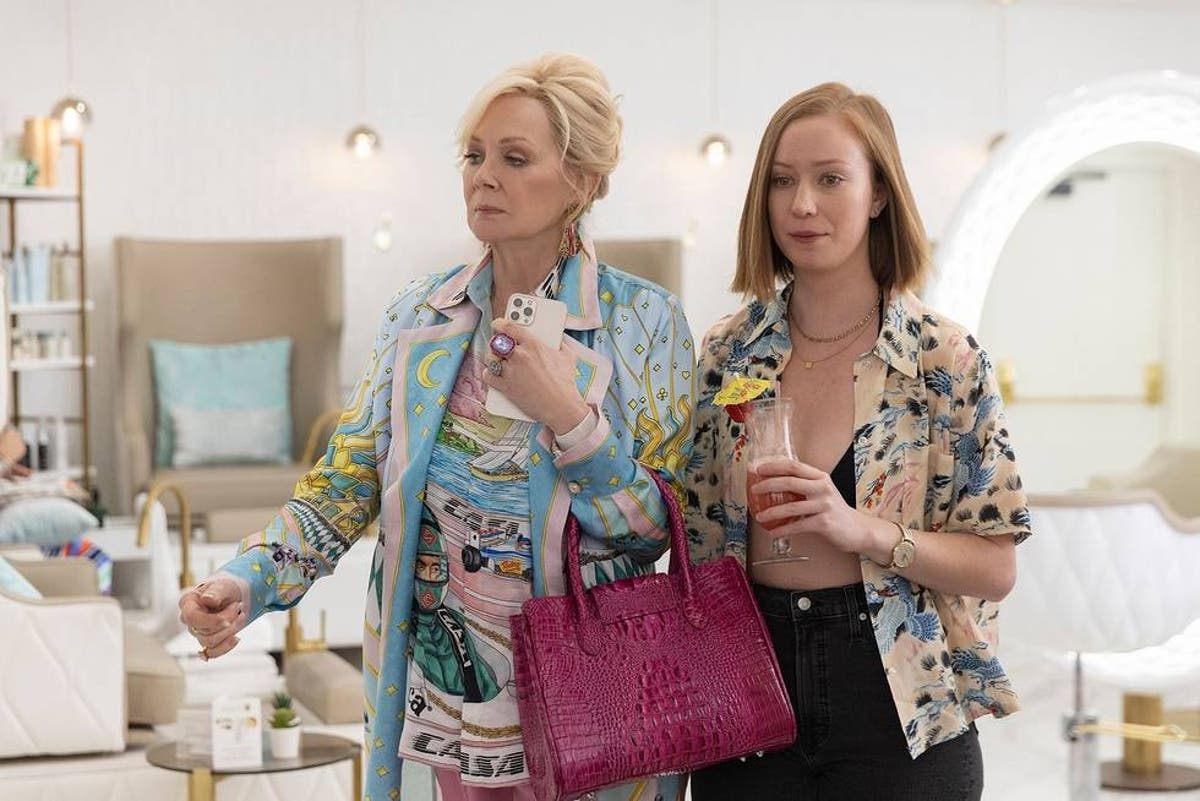 “Your sexuality isn’t a choice, but whether or not you examine it is.” This piece of wisdom is the cornerstone of the latest and queerest season of Hacks, imparted by Ava Daniels (Hannah Einbinder), the series’ disgraced young comedy writer and bisexual Gen Z queen.

When Hacks debuted in 2021, it never positioned itself as exclusively gay. Its intentions weren’t to appeal only to LGBTQ+ audiences. Instead, it aligned itself as a cleverly written take on women in comedy, subtly weaving in queer storylines as Ava decamped to Las Vegas to work with legendary comic Deborah Vance (Jean Smart). Still, it truly made my gay heart flutter. Although its first instalment introduced Ava’s sexuality outright – with Deborah bluntly asking her, “Are you a lesbian?” – it was never explicitly portrayed beyond that, apart from the endless yearning for her ex-girlfriend. Instead, Ava engaged in one-night stands with men, making me wonder if the show would ever go gayer. To my delight, it has.

Now, in its second season – which just finished its eight-episode run on HBO Max in the US and Amazon Prime in the UK – Ava has been granted much more opportunity to act on her queerness. Finally, giving the gays what we want! Fourth episode, “The Captain’s Wife”, sees Deborah take her stand-up show to a lesbian cruise. What follows is a glorious 40 minutes devoted to Ava locking eyes and lips with women, leaning into her overwhelming interest in girls. At one point, she’s pulled into a spicy makeout session between a lesbian couple. It’s one of many moments that make it clear that much more thought went into season two’s exploration of Ava’s sexuality than the first.

The night before the pair are booted off the ship due to Deborah’s offensive set, the two leads share a heartfelt conversation about sexuality. Ava asks her mentor if she’s “ever considered being with a woman?” This leads them down an honest, illuminating road, exposing their generational differences yet, at the same time, mending them. “There are times that I’d wished I was gay because I think dating women would’ve been a hell of a lot easier,” Deborah quips, echoing an overused remark heterosexual people have long been fond of. “But it wouldn’t have actually been, right?” Ava challenges. “To be queer when you grew up?”

The scene’s candidness further displays one of the show’s greatest strengths: its fastidious care in developing queer characters beyond their sexuality. Speaking to Out, Hacks’ creators, Paul W Downs, Lucia Aniello, and Jen Statsky, jointly explained: “We always wanted to make a show that reflects the world as we see it, and as we’d like it to be – which meant showcasing LGBTQ+ people getting to live full, rich lives, and not ones where they are defined by stereotypes or only their coming-out story.”

Aside from Ava, we meet Marcus (Carl Clemons-Hopkins) and Damien (Mark Indelicato), two of Deborah’s LGBTQ+ employees, whose appearances are never anything less than dynamic. In fact, Marcus’s relationship with water patroller Wilson (Johnny Sibilly) acts as season one’s central queer storyline. And though Kayla (Meg Stalter), a cluelessly entitled talent agency assistant, and Kiki (Poppy Liu), Deborah’s personal blackjack dealer, haven’t verbally addressed their sexuality in the show, the actors themselves are openly queer, joining Hacks’ other out and proud stars, Einbinder (who is the daughter of original SNL cast member Laraine Newman), Clemons-Hopkins, and Indelicato.

Hacks’ majority queer cast truly puts it in a league of its own. Despite the increase in representation on TV, a large number of straight actors continue to step in for LGBTQ+ roles. “The audience connected with these characters because Hannah, Carl, Mark, Poppy, Meg and Johnny are all such gifted performers who brought them to life in such unique, specific ways that only they could,” the show’s creators further told Out. “We are thrilled to be able to add positively to the depiction of LGBTQ+ people on screen, and we have to give a great deal of credit for us being able to do that through our wonderful writers and cast.”

While I couldn’t be happier that the show I’ve loved since it started has elegantly sidestepped the queerbaiting pitfalls I feared it might fall prey to, I have to acknowledge the legwork done by its creators. Bringing to life an ensemble whose unique identities mirror the actors portraying them shouldn’t be a big feat, but in Hollywood it is.

The Independent is the official publishing partner of Pride in London 2022.