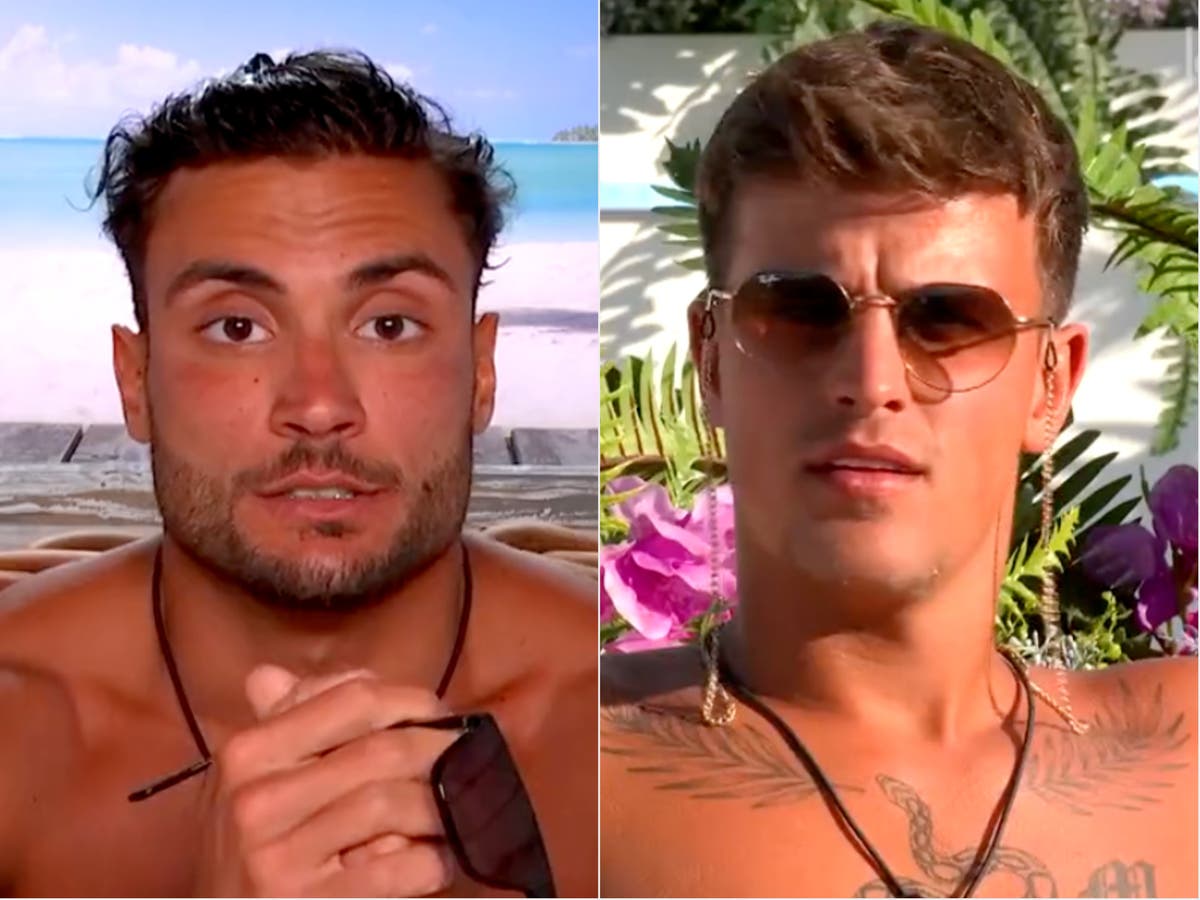 Love Island is set to air its most dramatic episode yet tonight (10 June).

The eighth run of the reality series may have only started on Monday (6 June), but tensions are rising in the Spanish villa.

In what has been a fairly tame series so far, the next episode will show two of the male contestants locking heads over one of the girls.

The heated exchange occurs between Brighton-based Luca and self-proclaimed “Italian stallion” Davide, who isn’t happy that Luca didn’t forewarn him about taking Gemma for a chat.

After hearing that Davide wanted to talk with him, Luca sets time aside for a conversation, telling Davide: “I hear you’re pissed off that I took Gemma for a chat.”

In responde, Davide tells him:“I am not pissed off you took Gemma for a chat, why did you not come and tell me? At least have the balls to come and tell me, ‘Oh look Davide, I fancy her.’”

Defending himself, Luca replies:“It’s not that I’ve not got the balls, we are in the same villa; you’re going to see it, aren’t you?”

Meanwhile, Liam tells the group he has some news to share and gathers everybody to tell them

“I think we need to have a chat – we need to get everyone by the fire pit,” he says.

It’s been reported that Liam has quit the series – but his reasons will be revealed in the next episode.

The news comes before the next recoupling, which Paige says “couldn’t have come at a worst time”.

Love Island continues nightly, except Saturdays, at 9pm on ITV2. The episodes are then available to stream the following morning on Britbox. Find The Independent’s review of the latest episode here.