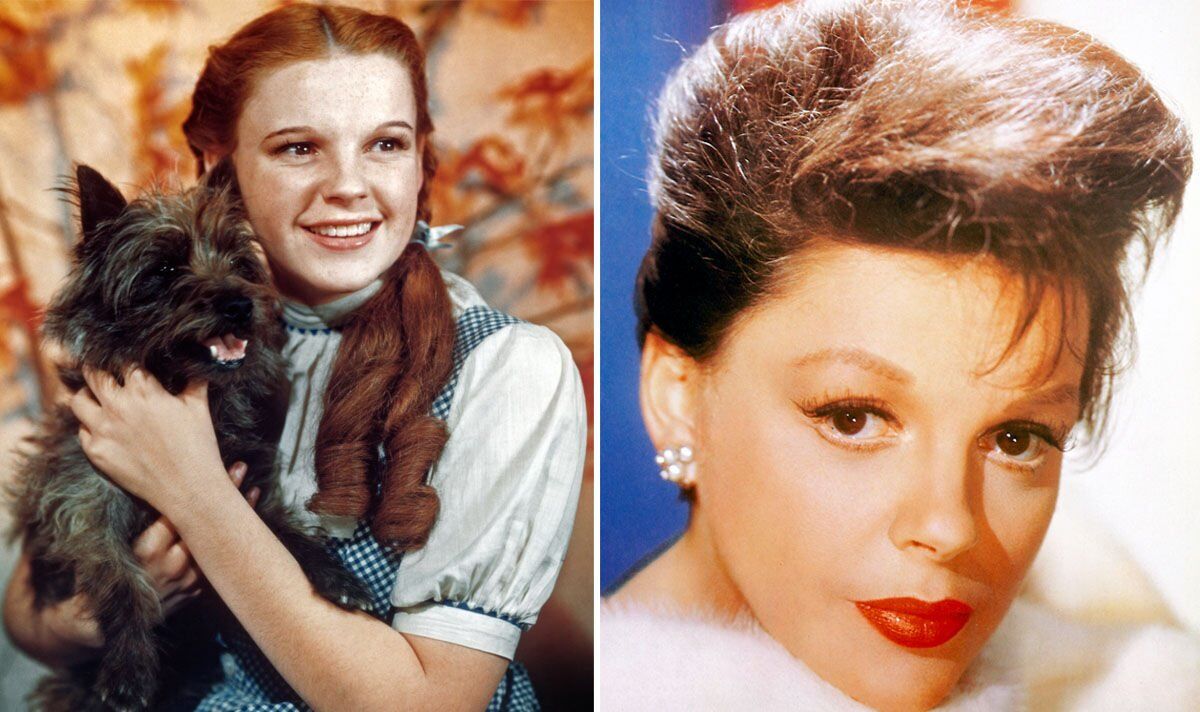 Shockingly, Garland was not the first choice for the role. The studio had wanted Shirley Temple and then Deanna Durbin. Before and during the shoot, there were concerns she didn’t look girlish enough. It’s one of the reasons for that famous blue gingham dress – the pattern “blurred” slightly on-screen, concealing her already adult curves. The 16-year-old also had her chest heavily bandaged flat. All of this had painful echoes of her shocking childhood, her ongoing appalling treatment by the studios and then the behaviour of her three iconic co-stars. SCROLL DOWN TO WATCH JUDY GARLAND’S 1967 INTERVIEW WITH BARBARA WALTERS

In 1959, Garland spent seven weeks in hospital, during which time she vowed to start writing a tell-all autobiography that would blow the roof off her traumatic childhood and her suffering under the notorious Hollywood studio system.

A $20,000 advance was paid and many hours of tapes were recorded. The book was never completed but editor Randy L Schmidt complied excerpts along with archive interviews into Judy Garland on Judy Garland: Interviews and Encounters.

In the star’s own voice, her account of what she went through is heartbreaking and harrowing.

It all began with her childhood. Frances Ethel Gumm was put on the stage as a child with her two older sisters, by vaudevillian parents.

She later said of her whole life: “I’m not something you wind up and put on the stage,” but that’s exactly what her mother Ethel did, and it set the pattern for her entire life.

Garland said Ethel was a “stage mother – a mean one. The real “ife Wicked Witch of the West.

“She would sort of stand in the wings when I was a little girl and if I didn’t feel good, if I was sick to my tummy, she’d say: ‘You get out and sing or I’ll wrap you around the bedpost and break you off short!'”

In later years she also openly denounced the regime which fed its young stars cocktails of medications: “They’d give us pep pills (amphetamines). Then they’d take us to the studio hospital and knock us cold with sleeping pills… after four hours, they’d wake us up and give us pep pills again.

And on set, the insecure and lonely teenager found little comfort from her co-stars.

Her Tin Man, Lion and Scarecrow co-stars were competitive showbiz veterans. Like her, Ray Bolger, Bert Lahr, Jack Haley had all come through the ruthlessly competitive vaudeville circuits but were all considerably older and disinclined to be generous. They resented feeling upstaged by her, froze her out behind the scenes and crowded her out whenever they danced up the Yellow Brick Road until the director had to intervene.

Garland recalled: “They’d shut me out. They’d close in, the three of them, and I would be in back of them dancing. The director, Victor Fleming, would say, ‘Hold it! You three dirty hams, let that little girl in there!'”

Ironically, her only friend on set was actress Margaret Hamilton, who played the Wicked Witch of the West.

JUDY GARLAND ON JUDY GARLAND: INTERVIEWS AND ENCOUNTERS BY RANDY L SCHMIDT IS OUT NOW