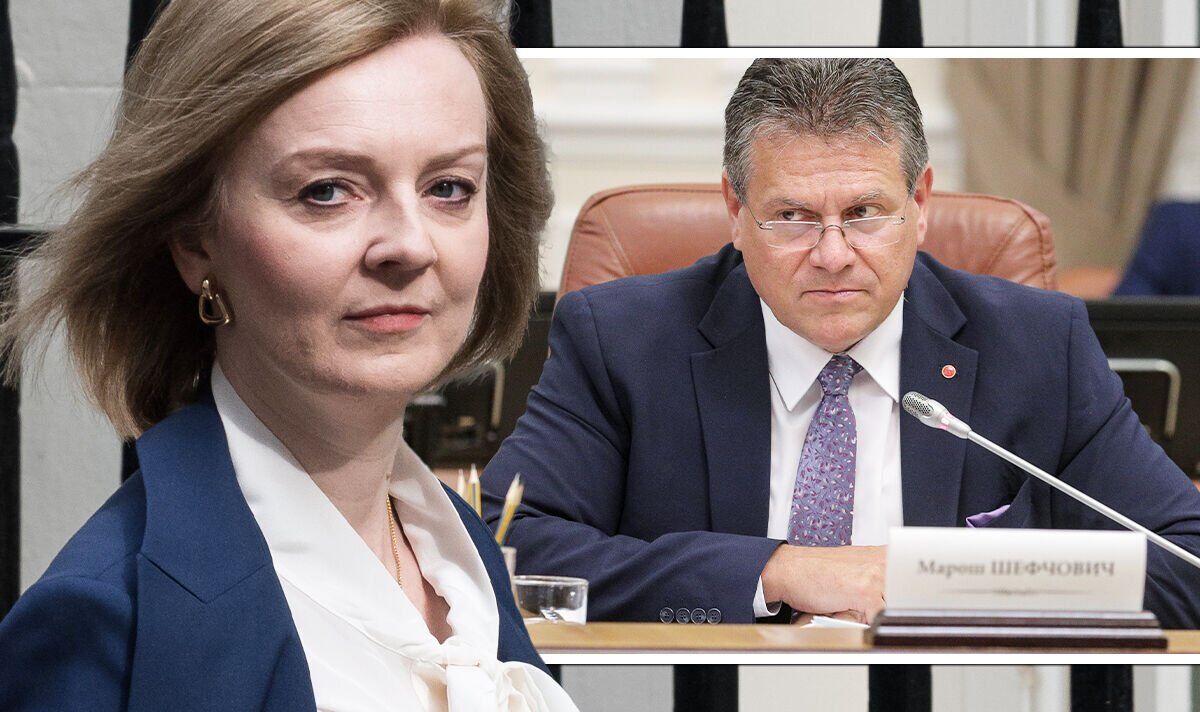 The Foreign Secretary offered to meet the European Commission vice president Maros Sefcovic last month for further discussions when she set out the UK Government’s plan to introduce new legislation on the Northern Ireland Protocol. Ministers are pushing ahead with introducing new laws that will give them the power to overrule elements of the deal signed in 2019 but have said they would prefer to reach a compromise in agreement with the EU.

But speaking today, a Downing Street official said there had been no formal response to the UK’s offer on May 17 for more face-to-face talks.

“When the Foreign Secretary set our intent to publish this Bill, we made an offer to the EU, to Maros Sefcovic, to meet again as part of the Joint Committee process,” the spokesman for the Prime Minister said.

“I don’t believe the Foreign, Commonwealth and Development Office have received a response but that invitation remains open.”

The legislation would let ministers scrap aspects of customs check imposed on goods crossing the Irish Sea from Britain.

Instead, fresh solutions would be implemented to address the EU’s concerns while helping t ease frictions caused by the current measures.

The plans enraged the EU and the bloc has vowed to retaliate if the UK goes ahead with acting unilaterally.

Ireland’s foreign affairs minister Simon Coveney warned yesterday the EU’s stance on the Northern Ireland Protocol has “hardened” in the face of the UK threat to unilaterally scrap part of the arrangements.

He said: “All of the signals are about unilateral action, making demands with no willingness to compromise, and that has hardened the EU response to what they’re seeing coming out of London now.

“So, we need to find a way to arrest this rot in relationships and instead to look to compromise, to negotiation, to dialogue, to solve what are genuine issues and concerns.”

Ministers insist the legislation is necessary as a safeguard if Brussels refuses to budge in talks.

The No10 official said: “We’ve been clear for well over the past year whilst we’ve been trying to address the impacts that the Protocol is having on the people of Northern Ireland and why that is the case.

“We know the significant disruption is it causing to individuals and businesses, you’ve seen the face they are unable to get the executive in Stormont up and running given one of the major political party’s disagreements with the Protocol.

“So, it’s important we introduce this legislation but obviously, it remains the case that we want to reach a negotiated agreement with the EU.”

They added that while Mr Sefcovic was not holding meetings with Ms Truss, “officials are in contact with EU counterparts as they have been throughout”.

The Government will introduce the new Bill in Parliament on Monday.

It was originally scheduled to be introduced this week but was pushed back as final alterations were made to the text.

The No10spokesman said: “The Bill has been agreed by the relevant cabinet committees and will be introduced to Parliament on Monday.

“We will alongside the Bill publish a summary of the legal advice.”