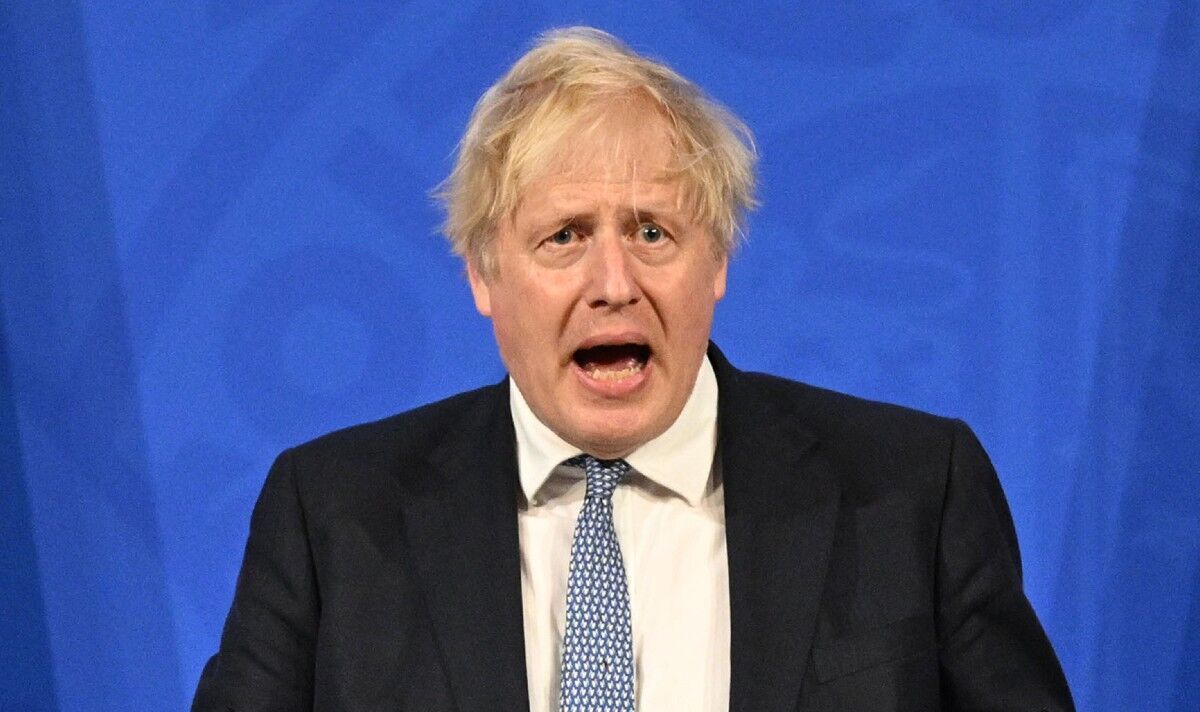 Rebel Conservative MPs are being urged to back a Parliament-wide no-confidence motion in Mr Johnson’s leadership. The Liberal Democrats have called on the disgruntled Tories who voted against the Prime Minister during the no-confidence vote on Monday to double down on their decision by backing the Parliamentary motion calling on him to resign. A parliamentary motion of no-confidence has been tabled by the Liberal Democrats who are calling for Parliament to have a vote on whether Mr Johnson is fit to continue as Prime Minister.

If passed, it would make Mr Johnson the first-ever Prime Minister to be forced to stand down after facing a vote of no-confidence by MPs across Parliament.

Deputy Leader of the Liberal Democrats Daisy Cooper MP told Express.co.uk: “Any Conservative MPs who voted no confidence should take the next step and back our motion in Parliament to help kick Boris Johnson out of Downing Street.

“Conservative MPs must keep up the pressure to help finally get rid of this lying and law-breaking prime minister.

“Failing to do so would show they aren’t serious about doing the right thing by their constituents who sacrificed so much during the pandemic while Boris Johnson partied.

“Johnson has shown he only cares about one thing: saving his own job.

“He doesn’t care about families struggling with the cost of living emergency, losing their holidays to travel chaos or failing to get the care they need on the NHS.

“He is a lame-duck Prime Minister who has lost the backing of the British people and of Parliament, and it’s high time he went.”

Ms Cooper has written to all 51 Conservative MPs who either said they voted no confidence in Mr Johnson or publicly put in a letter to the 1922 Committee.

In the explosive letter, she urged them to take the next step to help get rid of the Prime Minister by co-signing the Liberal Democrat motion.

If all the MPs who voted No Confidence on Tuesday backed the motion, there would likely be a majority of MPs in Parliament calling on the Prime Minister to resign, the Liberal Democrats say.

The fresh challenge to his authority comes after the Prime Minister survived a vote of no confidence from within his own party on Monday.

The ballot was triggered by Tory MPs after at least 15 percent of them wrote letters of no confidence to Sir Graham Brady, the chairman of the party’s backbench 1922 Committee.

Mr Johnson won 59 percent of the vote, which means he is now immune from a Conservative leadership challenge for a year.

In all, 211 Tory MPs voted they had confidence in the his leadership while 148 voted against him.

Striking an upbeat tone after the vote, he said it was a “very good”, “convincing” result and “an opportunity to put behind us all the stuff that the media goes on about”.

But he has been warned that he survived the coup by a slimmer margin than Theresa May did during her vote in late 2018.

Mrs May had 117 votes against her and vowed to fight on having got 200 in favour, but she was forced to resign within months after a Brexit deadlock, opening the way for Mr Johnson to enter Number 10.

“It’s a big week in British politics but perhaps only the start of the last chapter in Boris Johnson’s Premiership,” Express.co.uk political editor David Maddox noted.