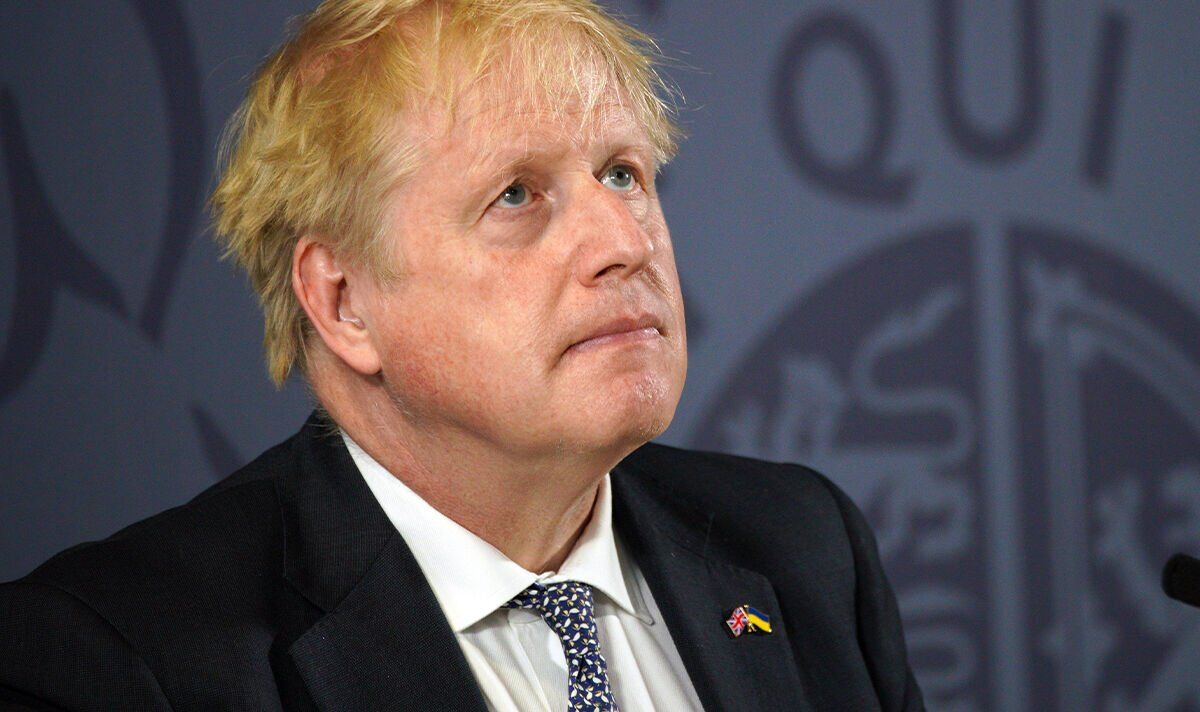 The Prime Minister appeared to hit back at Liz Truss for defying his orders as he set out his vision for Britain. He outlined a huge list of plans to tackle the cost of living crisis and help deliver on the people’s priorities.

The Foreign Secretary has been accused of resisting the Prime Minister’s attempts to slash the size of the civil service and of consulting hardline Brexiteers in the Conservative party on standing up to the EU.

Mr Johnson is understood to have been frustrated at Ms Truss for undermining him.

The Prime Minister and Jacob Rees-Mogg want to reduce the civil service headcount by 91,000 people.

Departments were asked to start looking at ways to slash jobs to help meet the target.

However, Ms Truss has demanded she be allowed to increase the number of staff at the Foreign Office.

She said the war in Ukraine, along with dealing with the EU, meant a larger department was necessary.

The Foreign Office currently employs approximately 7,000 staff making it one of the smallest in Whitehall.

He said: “It cannot be right that the size of central government has increased by 23 percent by 2015. There are 91,000 more officials than there were.

“I believe we have the best civil service in the world, but in view of the pressure now on families, we’ve got to find efficiencies, prune back Whitehall to the size it was only five or six years ago.”

Mr Johnson is reported to also have “snapped” at Ms Truss in a meeting of ministers yesterday, moaning about the South West Norfolk MP bringing in backbenchers to get their views on legislation intended to override parts of the Northern Ireland Protocol.

The Government will next week present a Bill in Parliament to unilaterally take action over Brussels’ heavy-handed implementation of Brexit customs checks.

The ERG have been some of the most vocal critics of Mr Johnson for not taking action sooner.

Members of the group were responsible for the downfall of Theresa May’s time in No10 after repeatedly refusing to back her deal with the EU.

Ms Truss’s decision to get the group on side in tackling Brussels in the latest row is seen by some as an attempt to sure up their support for a future run at the leadership.

A Remain supporter in the 2016 election, the Foreign Secretary is still not trusted by some in the party when it comes to Brexit.

The manoeuvring from Ms Truss comes just days after Mr Johnson survived an attempt by some Conservatives to oust him.

Ms Truss has publicly voiced her support for Mr Johnson to remain in the top job.

She said earlier this week it was “time to move on” from internal party fighting after the Prime Minister survived a confidence vote despite 148 of his own MPs voting to turf him out as party leader.

She tweeted: “Pleased that colleagues have backed the Prime Minister. I support him 100 percent.

“Now’s the time to get on with the job.”

Hoping to rally MPs behind the Government again, Mr Johnson used today’s speech to pledge to bring down the tax burden and to tackle the issue of housing.

Hard-working Britons are currently facing the highest tax burden in 70 years, and polling shows 81 percent of voters are concerned about housing.

“The overall burden of taxation is now very high. And sooner or later — and I would much rather it was sooner than later — that burden must come down,” Johnson said in his speech.

“Over the next few weeks, this government will be setting out reforms to help people cut costs in every area of household expenditure, from food, to energy, to childcare, to transport and housing.”

He said there are 2.5 million households whose homes belong to associations, saying “they’re trapped, they can’t buy, they don’t have the security of ownership, they can’t treat their home as their own or make the improvements that they want”.

He said that some associations have treated tenants with “scandalous indifference”.

“So, it’s time for change. Over the coming months we will work with the sector to bring forward a new right-to-buy scheme,” he said.

Mr Johnson added that it would give “millions” more the chance to own their own home and would see “one-for-one replacement of each social housing property sold” while being affordable within existing spending plans.