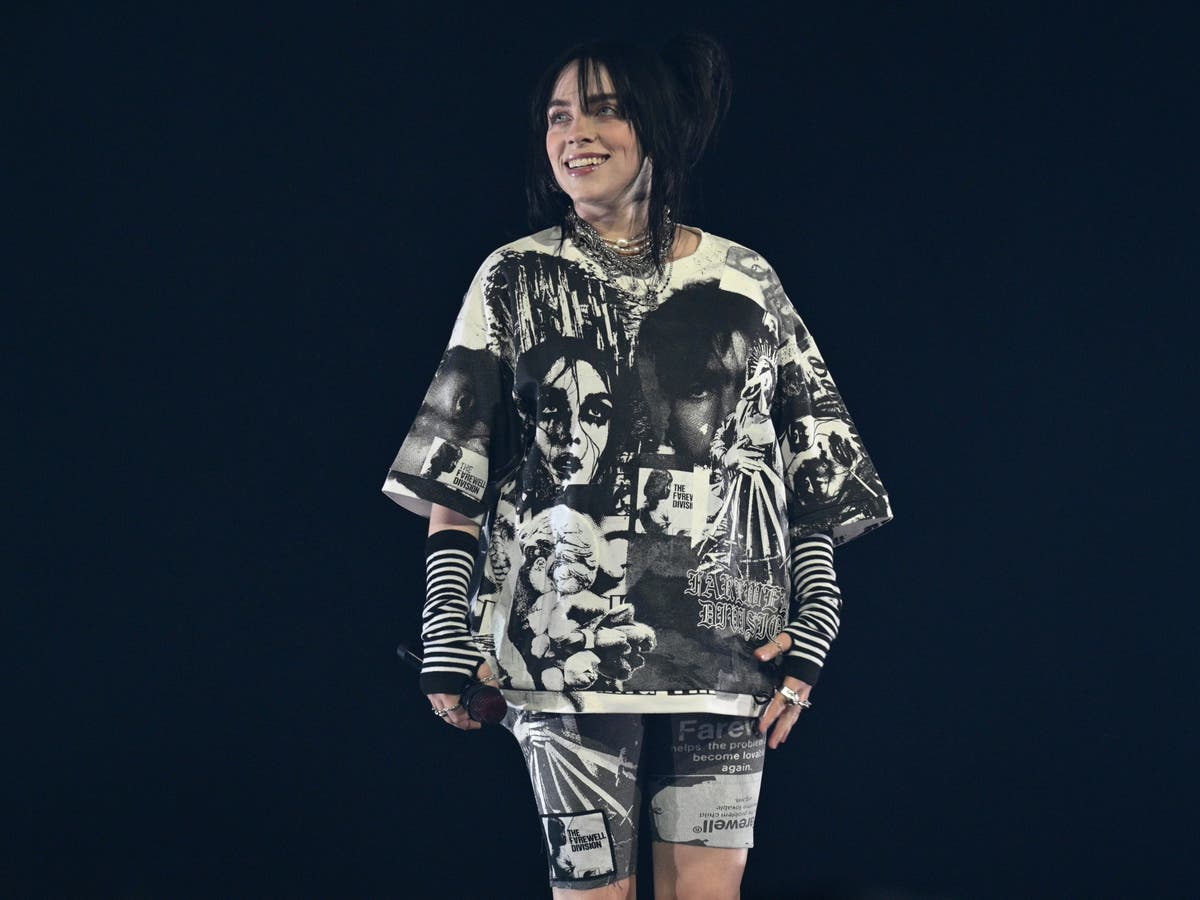 The singer-songwriter is set to host her inaugural six-day climate event at the venue from Friday.

Overheated, named after a song on Eilish’s 2021 Happier Than Ever album, will bring together environmental activists, musicians and designers at venues across the O2 complex to “discuss the climate crisis and the work they are doing to make a difference”.

The event, which coincides with the UK and Ireland leg of the artist’s world tour, has partnered with US plant-based meat company Impossible Foods as its official food brand.

The O2 has pledged to remove all animal products from the arena during the event.

A statement on its website said: “Within The O2 arena, together with our catering partner Levy’s, we have committed to go 100 per cent vegan on food throughout the arena for the Billie Eilish residency.

“This includes a range of vegan food offerings on concessions and the removal of certain items.”

The venue said most drinks would be vegan and all dairy milk will be replaced with plant-based options.

From this month, the venue will also use wristbands containing PET fabric rather than plastic.

On the first day of the climate event, Eilish and her brother and collaborator Finneas will introduce Overheated Live in the O2’s corporate event space Indigo on 10 June, which will also feature a keynote address by singer Ellie Goulding.

Overheated, created by Eilish in collaboration with her mother Maggie Baird’s plant-based food organisation Support + Feed, will take place at the O2 on 10, 11, 12, 16, 25 and 26 June.

Ms Baird, founder of Support+Feed, said: “We are thrilled to be in London and to have this opportunity to connect and discuss different ways we can take action to mitigate the climate crisis.”

Peter McGuinness, chief executive of Impossible Foods, said: “Billie, Maggie , Support + Feed and Reverb are assembling an inspiring cohort of people who recognise the food system is one of the most powerful tools we have to address climate change. It’s an honour to join them and to help feed their movement for climate action.”