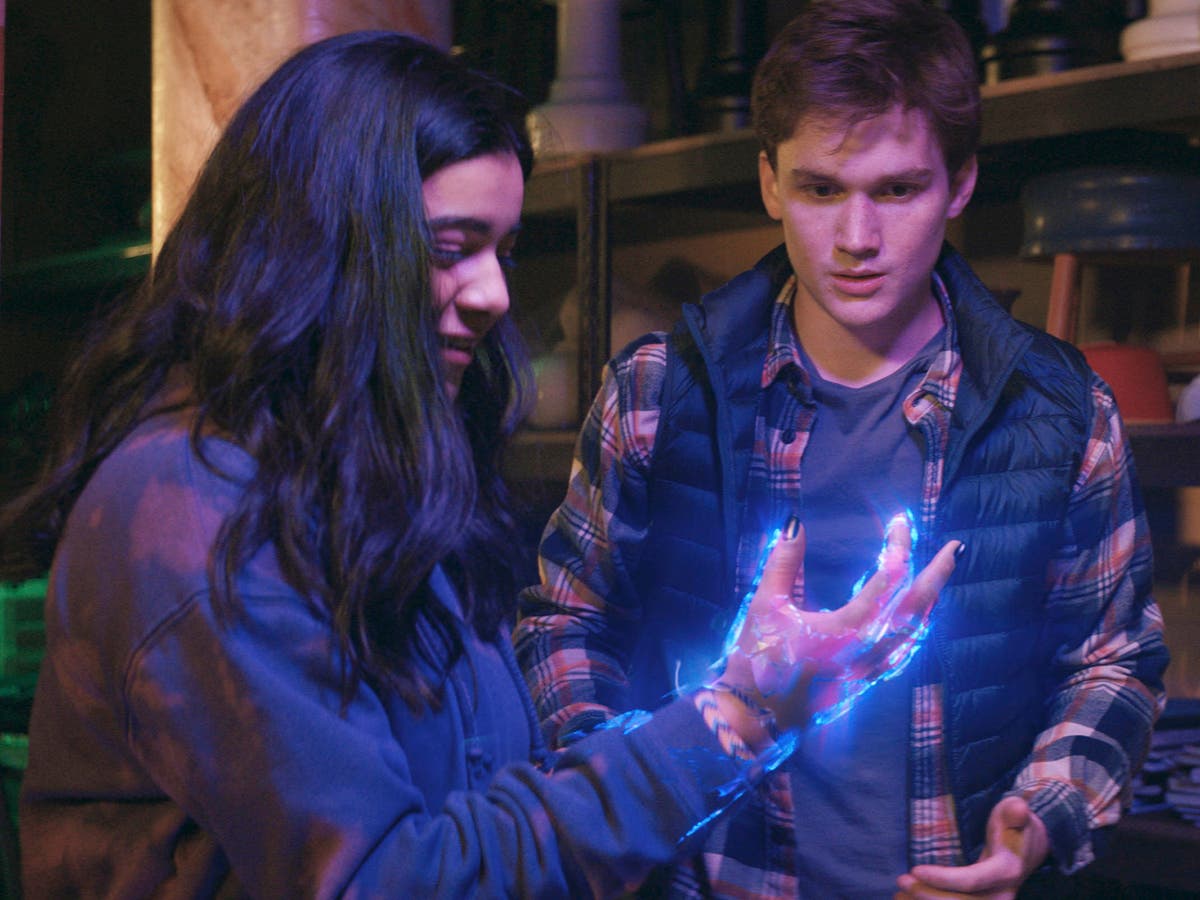 Everyone knows that fictional superheroes need a good title. From Professor X and Doctor Strange, to Mr Incredible and Captain Sir Tom Moore, comic books have exhausted almost the entire drop-down menu of possible ranks. It is perhaps no surprise then that we are entering the second tier of slightly clumsier titles now, with the release of Ms Marvel, the latest small-screen by-product of the box office conquering Marvel Cinematic Universe.

Ms Marvel follows Kamala Khan (Iman Vellani), a 16-year-old girl from Jersey City raised in a semi-strict Muslim household. She is, to put it lightly, obsessed with Captain Marvel, Brie Larson’s crew-cut sporting superhero, who sucker-punched Avengers supervillain Thanos. Much to the chagrin of her parents (“I come from a long line of fantasising, unrealistic daydreamers,” her mother announces gloomily), Kamala is far more interested in the world of superheroes than she is her schoolwork or her brother’s wedding. Only her best bud – and convenient genius – Bruno (Matt Lintz) believes in her. “It’s not really the brown girls from Jersey City who save the world,” she tells him. “You’re Kamala Khan,” he replies. “You wanna save the world? Then you’re gonna save the world.”

I’m not here to review good intentions – indeed, Marvel is such a rampantly commercial enterprise that there are doubtless cynical motives at play here – but it’s refreshing to see such commitment to creatives of South Asian origin leading a high-profile project. It’s not simply in the excellent casting: the series is written by British-Pakistani comedian Bisha K Ali and directed by Belgian duo Adil & Bilall. The creative influences are far more Michel Gondry and Edgar Wright than anything from South Asian film, but the whole thing is infused with a deep love of South Asian culture all the same.

But I suppose the only real question is whether this works as a superhero property. Kamala lives in a world in which “the Battle for Earth” (ie the events of Avengers: Infinity War and Endgame) actually happened, and yet Iron Man and his gang are treated as celebrities rather than figures of major historical importance. Despite essentially being the protagonists of World War Three, Thor and Captain America are celebrated more like Paris Hilton and Nicole Richie than Churchill and Eisenhower. But this artifice does allow Ms Marvel to live in two worlds: the world of Marvel and the world of Marvel fandom. And it is on a secret trip to “AvengerCon” that Kamala discovers a mysterious bangle handed down from her grandmother that grants her magical powers. “Cosmic,” she whispers with a smile, as the McGuffin rays swarm up her arm.

While there are elements of the show’s visual kinetics that call to mind The Green Hornet and Scott Pilgrim vs the World, Ms Marvel is clearly targeted at a younger audience than any of Marvel’s extant properties. And, for all I know, the integration of animation and CGI into the real-world Jersey City backdrops may be ubiquitous across CBeebies. Older viewers will likely struggle to get much out of the very teenage stakes of the show (failing a driving test, taking a dodgeball to the face, sneaking out after dark) and the tone is far lighter than in Stranger Things, the other “children saving the world” show of the present moment. Then again, for the health of our collective psyche, it would be helpful if older viewers weren’t watching so many superhero shows in the first place.

Bright, brash and bold, Ms Marvel is another tolerable entry in the studio’s ever-expanding roster of TV spin-offs. “Fantasy’s fun,” Kamala’s counsellor Mr Wilson (writer and internet personality Jordan Firstman) tells her, “but right now I need you to pull yourself together and join reality.” Despite all Ms Marvel’s adequate charms, it’s hard not to feel the same about our present cultural moment.

‘Queer music can be anything’: Sam Smith says queer culture has a place in all genres