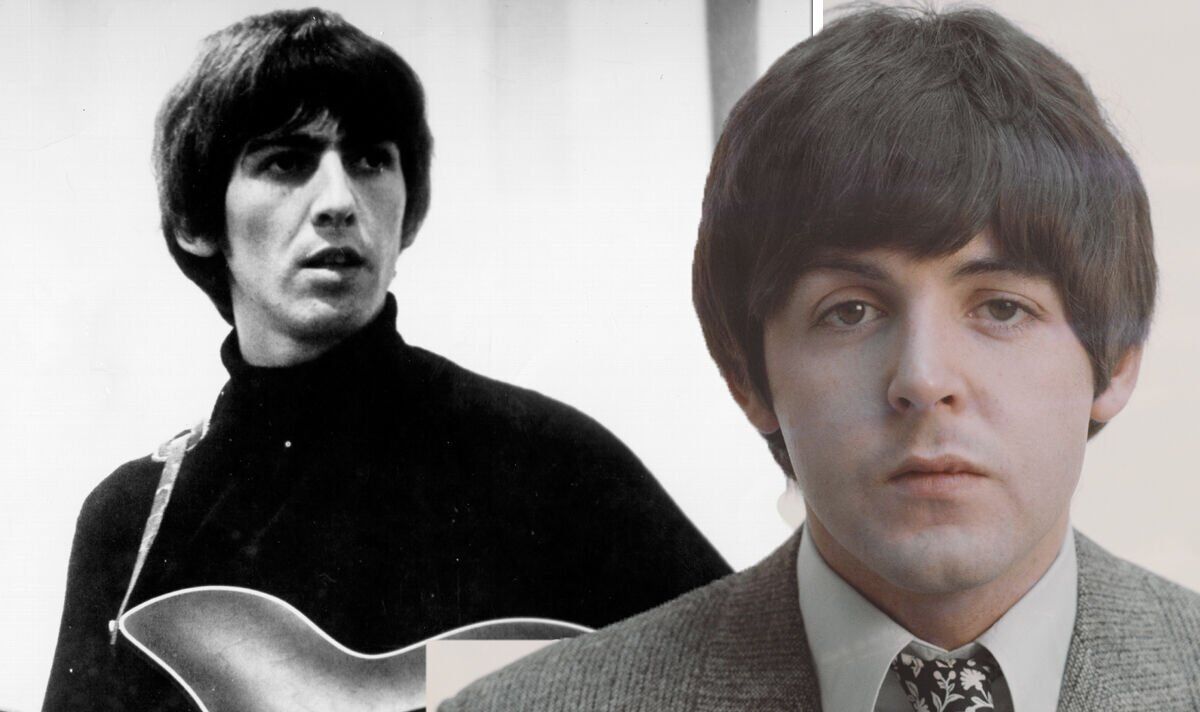 1970 was a turbulent time for The Beatles. It was the year that the band released their final album, Let It Be, but also the year they split up. After a year of anger, frustration, and potential break-ups, they eventually went their separate ways.

Shortly thereafter, George Harrison released his third studio album, All Things Must Pass, which included some profound insights into his relationships with the rest of the Fab Four.

For All Things Must Pass Harrison wrote Wah-Wah. In his autobiography – I, Me, Mine – the Quiet Beatle explained the song’s title was in reference to “a headache as well as a [guitar] footpedal”.

He also said Wah-Wah was meant to deliver a pointed message: “You’re giving me a b****y headache.”

Later in his memoir, he revealed it was specifically aimed at Paul McCartney.

During the recording sessions of Let It Be and Abbey Road, Harrison was pushed to the side by McCartney, who was very adamant about his schedule and writing methods.

Harrison explained in an interview that the star was becoming selfish. He said: “At that point in time, Paul couldn’t see beyond himself. He was on a roll, but… in his mind, everything that was going on around him was just there to accompany him.”

Harrison went on to say McCartney was not “sensitive to stepping on other people’s egos or feelings” during their creative process.

Eventually, the Quiet Beatle couldn’t handle it anymore. “I just got so fed up with the bad vibes,” Harrison said in 2001. “I didn’t care if it was The Beatles, I was getting out.”

After spending one particularly tough day recording Let It Be, Harrison went home and wrote Wah-Wah. He later confessed he felt like the band were suffocating him.

Harrison said of Wings’ music: “I think it’s inoffensive. I’ve always preferred Paul’s good melodies to his screaming rock and roll tunes.” He added that he wasn’t “in to” all the “noisy beaty things” Wings released.

The star continued: “But then, that’s not only with Paul’s music, that goes right across the board. I’m not a fan of that sort of punky, heavy, tinny stuff. I like a nice melody.”

Harrison then opened up about whether he would ever work with McCartney in a band again.

And he didn’t bite his tongue about how he felt.

Harrison said: “Well now we don’t have any problems whatsoever as far as being people is concerned, and it’s quite nice to see him. But I don’t know about being in a band with him, how that would work out.”

Still, they were friends to the end. And Harrison’s end came too soon. He died of cancer on November 29, 2001.

McCartney called the star’s death “very sad”. He went on to say: “[I am devastated] I’ve known he’s been ill for a long time. I’ve spoken to [his wife,] Olivia [Harrison] and she has been very strong, and I’d ask people to be kind to her.”