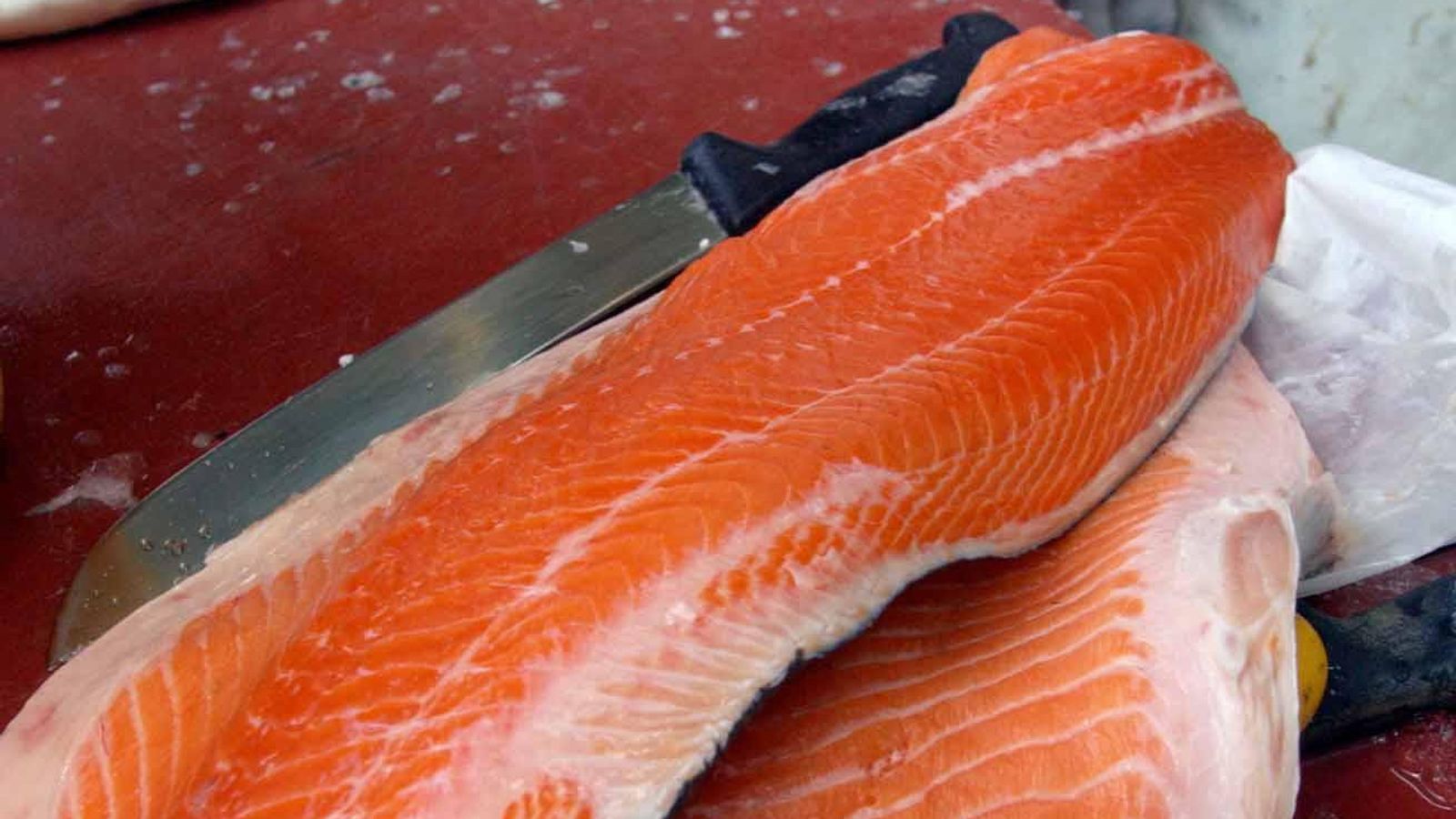 Eating two portions of fish a week has been linked to an increased risk of skin cancer, according to a study.

The NHS recommends two portions of fish a week for a balanced diet, including one of oily fish with a portion weighing around 140g (4.9oz).

However, researchers from the US have warned that two weekly portions could be putting people at risk of getting malignant melanoma, the deadliest form of skin cancer.

The Brown University study found people whose typical daily intake of fish was 42.8g (around 300g a week) were at a 22% higher risk of malignant melanoma than those who had an intake of just 3.2g.

The study also found those who eat more fish were 28% more likely to develop abnormal cells in the outer layer of the skin only, which is known as stage 0 melanoma or melanoma in situ and is also referred to as pre-cancer.

The research involved 491,367 adults in the US aged around 62 who reported how often they are fried fish, non-fried fish and tuna over the previous year as well as portion sizes.

Researchers then calculated the frequency of melanoma cases that developed over a 15-year period using data obtained from cancer registries.

They took into account other factors that could influence results like weight, smoking and drinking history as well as whether there was a family history of cancer.

While there was no significant link found between eating fried fish to skin cancer, eating 17.8g of non-fried fish daily was associated with an 18% high risk of malignant melanoma and 25% higher risk of stage 0 melanoma, in comparison to eating only 0.3g.

Author Eunyoung Cho said: “We speculate that our findings could be possibly attributed to contaminants in fish, such as polychlorinated biphenyls, dioxins, arsenic and mercury.”

However, Dr Michael Jones, senior staff scientist in genetics and epidemiology at the Institute of Cancer Research said it was possible people who intake more non-fried fish or tuna had other lifestyle habits that increase their risk of melanoma.

He said: “The authors speculate that the association may be possibly due to contaminants in fish, but they did not measure levels of these contaminants in the participants.

Pumping iron regularly ‘could cut risk of an early death’