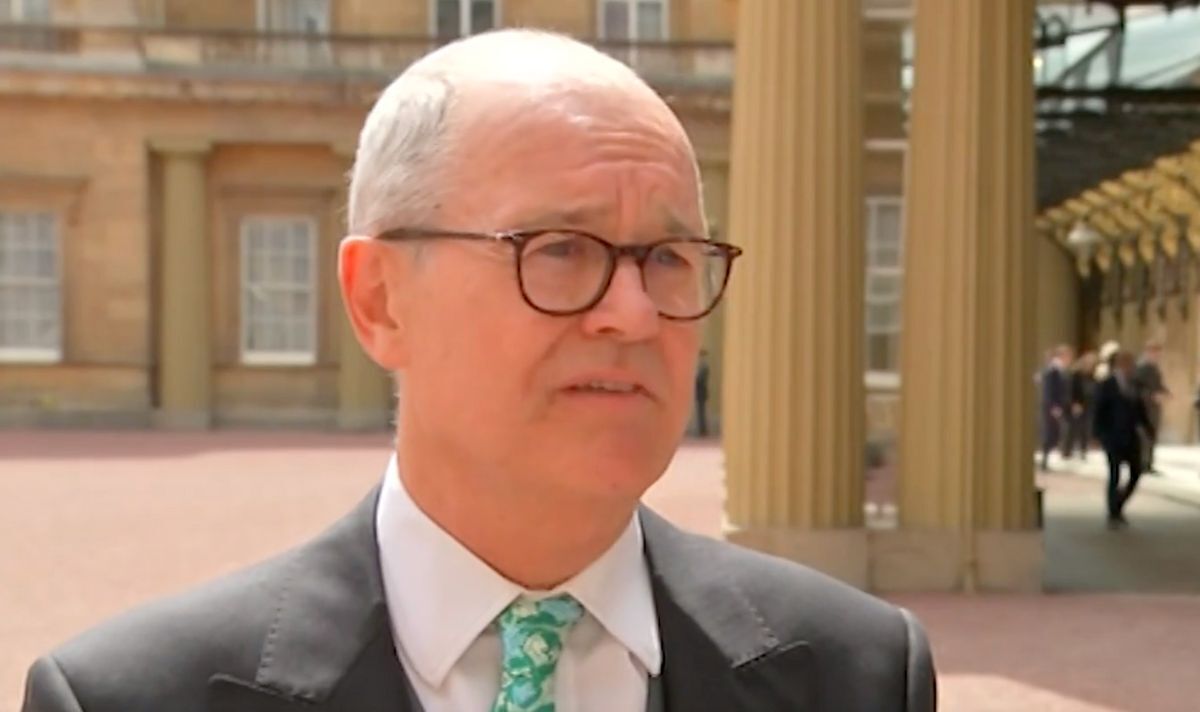 Following Boris Johnson‘s victory of his no-confidence vote, Chief Scientific Adviser Patrick Vallance hit out at Partygate and claimed it is “very disappointing” that the Prime Minister did not obey lockdown rules. Sir Patrick, a leading figure throughout the coronavirus pandemic, said “it was really important that everyone stuck to the rules”.

Speaking to ITV News, Sir Patrick said: “It was really important at all stages that everyone stuck to the rules.

“There’s no question about that.

“It only works when people stick to them.

“It’s very disappointing that that wasn’t the case.”

Mr Peston wrote on Twitter: “There is no surprise that Vallance is disappointed that the PM and many others in Downing St broke the Covid rules they had a hand in writing and enforced on the rest of us.

“But after the PM was rejected yesterday by 41 percent of his MPs, Vallance’s public criticism will sting him.

“PS Vallance made these remarks to ITV News when his knighthood was being upgraded, as a mark of Johnson’s gratitude for his tireless efforts during the pandemic”.

Sir Patrick Vallance was elevated to a Knight Grand Cross of the Order of the Bath for helping to lead the UK’s battle against Covid.

Mr Vallance’s claims came as results from yesterday’s confidence vote in Boris Johnson showed that the Prime Minister won the ballot by winning 211 votes to 148.

Despite 148 MPs not having backed him on the ballot, Boris Johnson reacted to the outcome defining the result as “extremely good, positive, conclusive and decisive”.

This morning, in his opening address to the cabinet, Boris Johnson reiterated his message and claimed yesterday’s ballot was “very important” as it allows the government to “draw a line” under the latest issued he has faced lately.

Speaking at the Cabinet meet and referring to the plans for the future, he added: “We are going to get on with the massive agenda that we were elected to deliver in 2019.

“It is a huge, huge thing that we are all part off, to really transform infrastructure, skills, and technology, uniting and levelling up across the country, unleashing potential across the whole of the UK.

“It is the totally morally, socially, economically, politically the right thing to do and we should be proud, proud, proud of what we’re doing”.

Under the rules of the 1922 Committee Boris Johnson is theoretically safe from another leadership challenge for a year.

Boris Johnson’s ballot result was compared to Theresa May’s conference vote held in 2018 which saw the former PM winning by 200 votes to 117, but being forced to leave the office just six months despite winning the ballot.