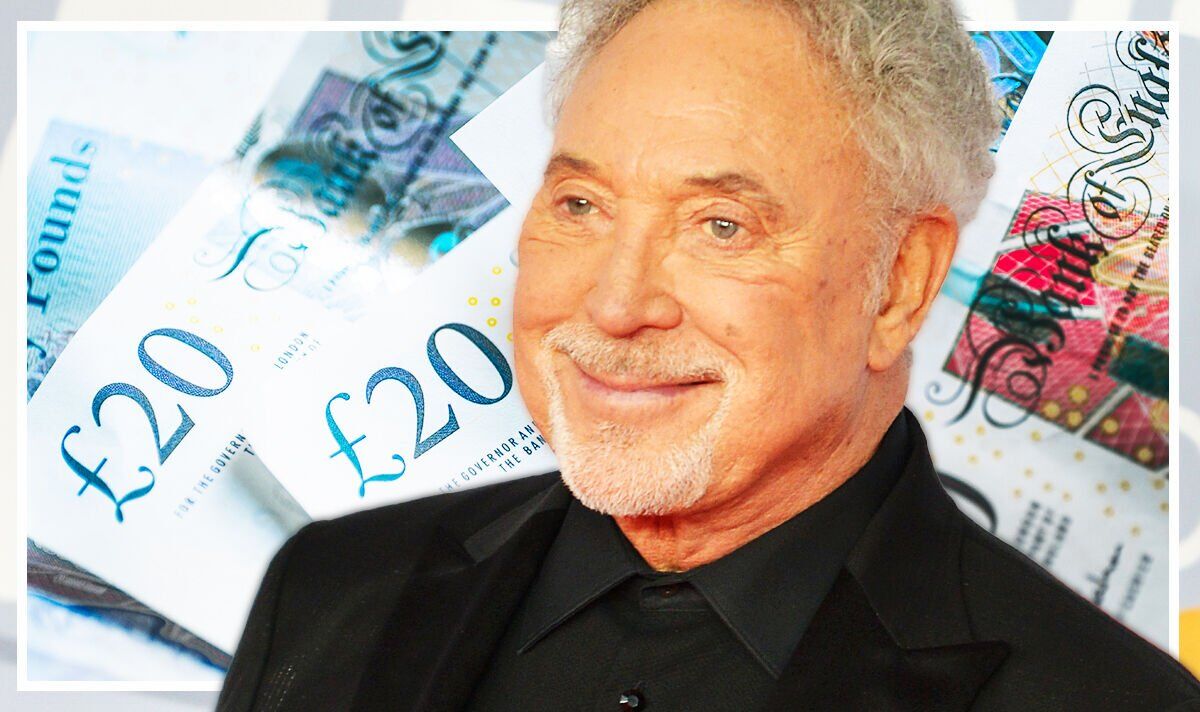 Sir Tom Jones celebrates his 82nd birthday today and has marked the occasion with a special online performance. The ‘Sex Bomb’ singer has treated fans to an exclusive YouTube showing of his gig at Shepherd’s Bush Empire from last year. Born on June 7, 1940, Sir Tom was in his early Twenties when he first began to make waves in music by performing with Tommy Scott and the Senators in South Wales in the early Sixties.

His 60-year musical career that followed was accompanied by huge commercial success, with the crooner having sold more than 100 million records worldwide, helping make him a multimillionaire.

His net worth is estimated to be a staggering $250 million (£187.3m), according to TheRichest.com.

The Sixties saw Sir Tom strike gold for the first time as he scored his first UK Number One with ‘It’s Not Unusual’ in 1965.

This was the same year Sir Tom landed the honour of recording the song for James Bond film ‘Thunderball’, as well as the first time he met Elvis Presley.

Although record sales have played their part in Sir Tom’s fortune over the years, so have his performances.

From 1967 to 2012, the Grammy and Brit Award-winner had a residency at Las Vegas, often playing there for at least one week of each year.

Even in the later stages of his career, Sir Tom’s wealth has continued to benefit from his enormous chart success.

In recent years, Sir Tom has continued to put his vocal prowess to good use as a judge on ‘The Voice’.

Sir Tom and Linda have also lived in Los Angeles in a £6.5million mansion, which he eventually sold in 2018.

The singer revealed that his wife, who passed away in 2016, wanted to move back to Britain after nearly 20 years in LA.

Speaking to the Sunday Mirror in 2018, he said: “Linda wanted to come back to Britain, she was always homesick.

“Then she got sick and we couldn’t do it. She told me to go back the last week she was alive.

“She told me to get a flat in London. She would have loved to have come back but we left it too late.”

After Linda died, Sir Tom moved into a flat in London.

The singer told The Mirror: “I’m back in the UK permanently now because my wife passed away in 2016.

“So that was our house in LA. I didn’t feel comfortable there anymore.”