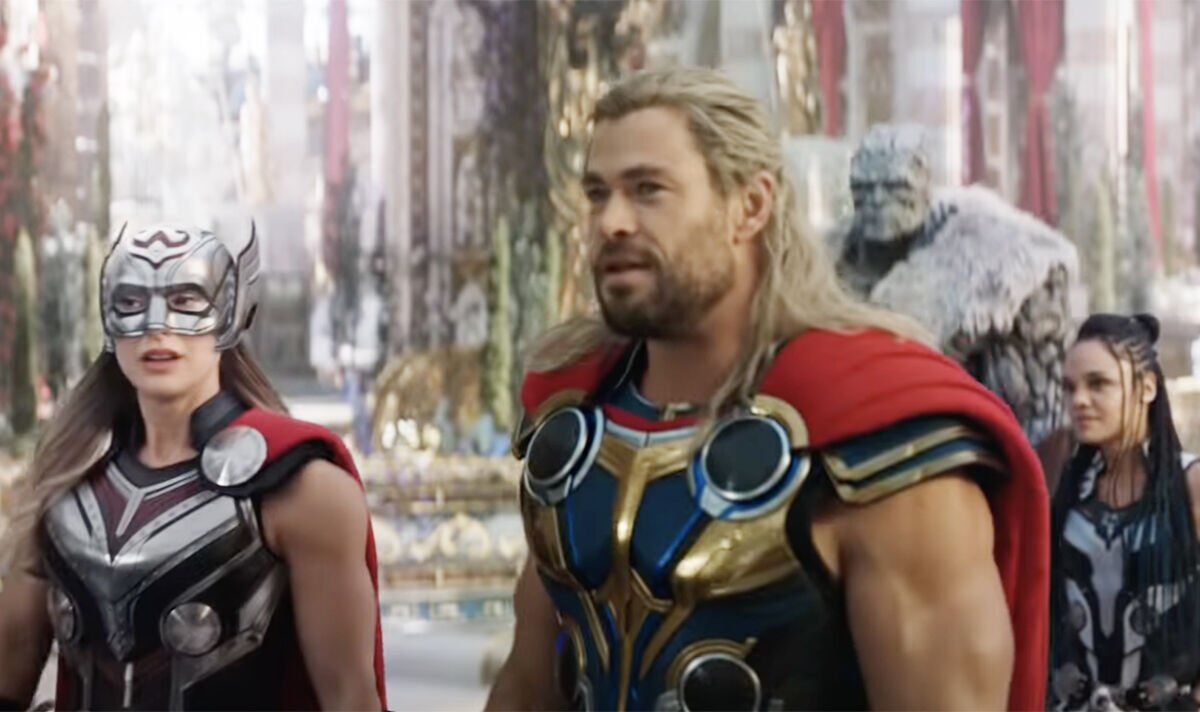 It’s been just over a month since Doctor Strange in the Multiverse of Madness hit cinemas and the next MCU outing is now only a few weeks away. Thor: Love and Thunder follows Chris Hemsworth’s Asgardian god in the aftermath of Avengers Endgame. We last saw him jetting off into space at the conclusion of the Marvel epic with the Guardians of the Galaxy.

From the first two trailers for Taika Waititi’s new movie, we see that Thor is back in shape and on a journey to find himself.

That is until his ex, Natalie Portman’s Jane Foster, suddenly turns up unexpectedly wielding a reformed Mjölnir as the Mighty Thor.

Not only this, but Christian Bale stars as the Marvel film’s villain Gorr the God Butcher on a mission to, well, butcher all the gods.

The highly-anticipated comedy adventure isn’t released until next month, but the first reactions and review embargoes have been announced.

For UK fans that will be on Friday, June 24 at 5:30am BST, which is a good two weeks before the movie is released in cinemas.

This suggests that Marvel Studios are feeling very confident about this one, but also that perhaps there aren’t any earth-shattering spoilers like in Doctor Strange 2 or Spider-Man: No Way Home. Nevertheless, this shouldn’t worry fans as rumour has it the movie is incredible.

According to reliable outlet Big Screen Leaks: “THOR: LOVE AND THUNDER test screened internally not too long ago and people LOVED it.”

If that wasn’t exciting enough, Waititi told Empire last year: “I’ve done some crazy s*** in my life. I’ve lived, like, 10 lifetimes. But it’s the craziest film I’ve ever done. If you wrote down all the elements of this film, it shouldn’t make sense.”