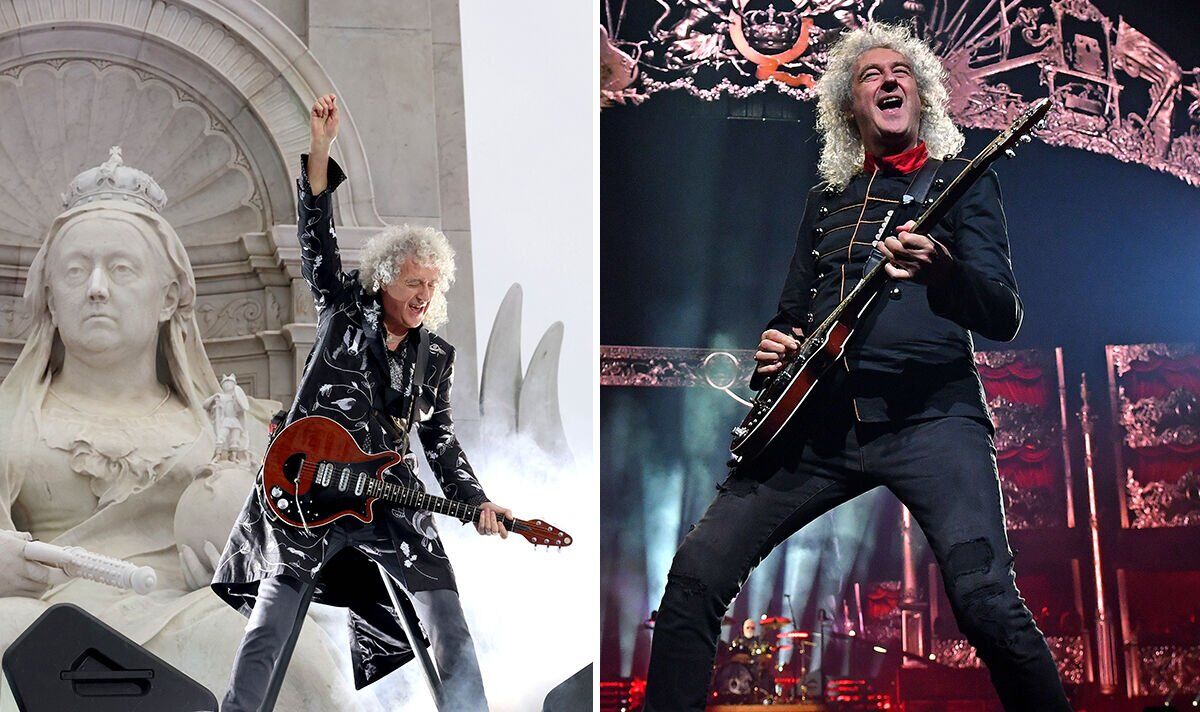 Queen and Adam Lambert have had a very busy week, having played Manchester and Glasgow twice each, ahead of opening the Platinum Party at the Palace on Saturday evening. It was 20 years prior when Brian May did the same for the Golden Jubilee, playing God Save The Queen on the roof of Buckingham Palace. This time around the guitarist teased he’d be appearing from somewhere slightly different, keeping fans guessing even as Adam Lambert began singing We Will Rock You with a military band of drummers.

Brian’s guitar riff could be heard at the start of the song, but there was no sign of the 74-year-old, who suddenly popped up above the stage in front of the Queen Victoria memorial to thunderous applause.

Sharing the moment on his Instagram, the rock legend wrote: “A moment to treasure … big thanks to all who made this possible last night. Hope you all had a Jubilant evening ! Photo credit seems to be Jonathan Buckmaster and Getty Images. Nice shot ! Bri.”

He then joined Roger Taylor and Lambert on stage for the rest of We Will Rock You, Don’t Stop Me Now and We Are The Champions.

Queen and Adam Lambert will play The O2 tonight, on Wednesday and Thursday, before taking a couple of days off.

The band will then take a break from their London residency to perform two nights in Birmingham on Saturday and Sunday.