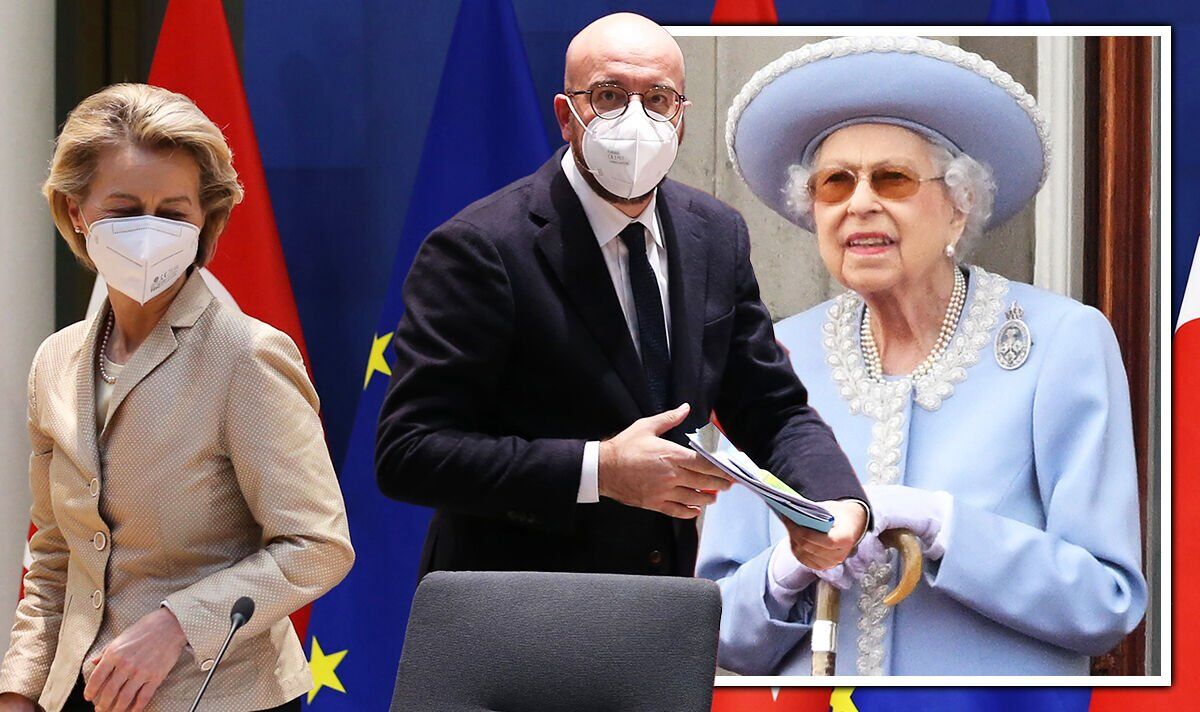 British commentator Nile Gardiner hit out at the EU describing the move as a “demonstration” of the bloc’s “pettiness and small-mindedness”. He told Express.co.uk that it “speaks volumes about the nastiness of many of the EU elites”. Meanwhile, former MEP Ben Habib described it as a “snub” that “would not have gone unnoticed” in diplomatic circles.

He said that Ms von der Leyens’s failure to congratulate the UK was “a reflection of how the EU sees the United Kingdom”, claiming that the bloc “would wish to undermine” British unity.

Leaders across the globe paid tribute to the 96-year-old monarch’s 70 years on the throne.

US President Joe Biden posted a video message to the Queen, wishing her a “joyful” celebration and former President Barack Obama posted a moving tribute.

Even French President Emmanuel Macron celebrated the Queen, sending her his “heartfelt congratulations”.

Speaking about the bloc’s failure to mention the Jubilee, Mr Gardiner – a former adviser to Margaret Thatcher – told Express.co.uk: “It is absolutely appalling that the European Union has not congratulated the Queen on her Platinum Jubilee.

“This is a demonstration of the pettiness and small-mindedness of the ruling EU elites.

“They cannot even bring themselves to send a message of congratulations to a 96-year-old monarch who has been on the throne for 70 years.

“They clearly resent Britain’s success and no doubt secretly envy the achievements of the British people.”

Meanwhile, Mr Habib said the EU’s failure to congratulate the Queen does not come as a surprise.

He told Express.co.uk: “There is no chance the Queen would have missed her well wishes, assuming she even knows who Ursula is.

“But fundamentally it was a snub.

“In diplomatic circles, it would not have gone unnoticed.

“That the EU would wish to snub the UK does not surprise those of us who have had close contact with Brussels.

“Most European officials view the UK with a mixture of contempt and jealousy.

“It would have galled them to see our country united under our monarch.

“It’s the sort of unity they would wish to undermine.

“No, her failing to congratulate the Queen was a reflection of how the EU sees the United Kingdom.

“Our Prime Minister should think twice before again referring, as he often does, to his friends and partners in Brussels.”