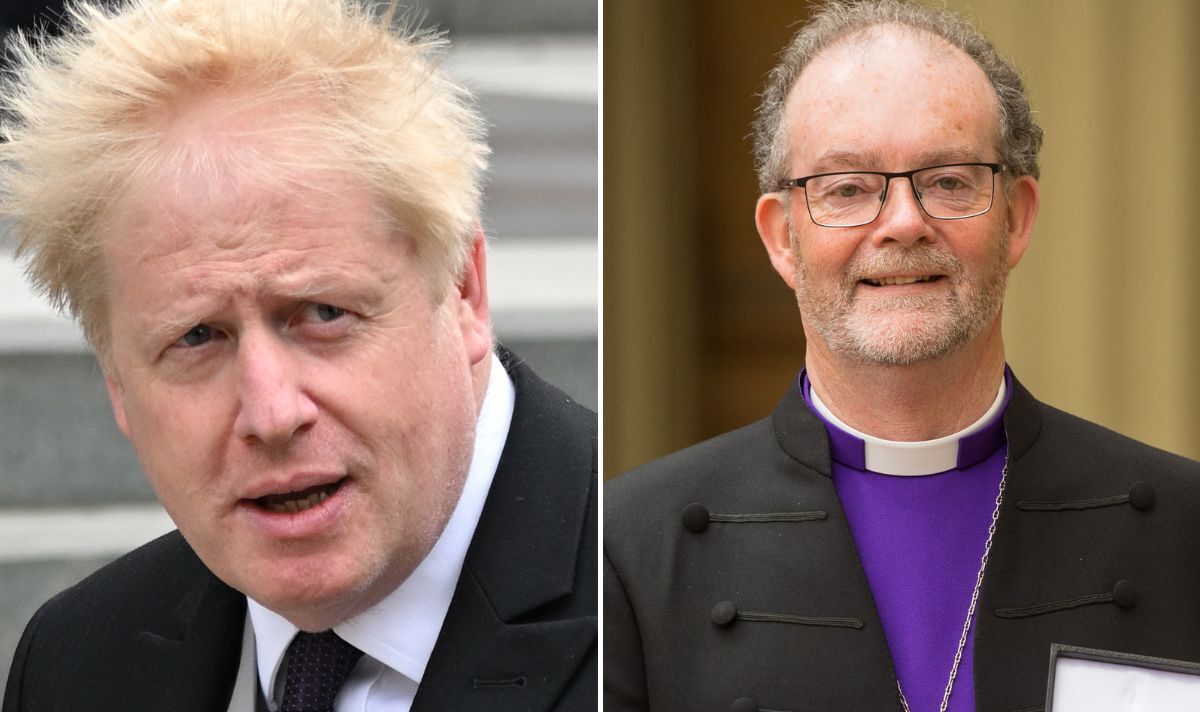 As the nation celebrates the Platinum Jubilee in honour of the Queen’s 70 years of reign, the Bishop praised the monarch in contrast to the Prime Minister. The Right Rev Dr Alan Wilson stated that Mr Johnson “is obviously an out and out liar”, adding that the Prime Minister’s excuses were “nonsense” and “the country needed a leader it can trust”.

Asked whether he believes Mr Johnson should resign from Prime Minister, he said: “The only answer is yes.”

He added: “I’m an army baby and what they used to say in the army was you can trust anybody, but you can’t trust a liar.

“You can see it from a mile off. And most ordinary people realise it’s all nonsense.”

Referring to the breaching of lockdown rules in Downing Street during the COVID-19 pandemic, the Bishop told Times Radio: “It’s not the parties that’s the problem, it’s the lying.”

The Bishop added: “I think people are very tolerant about that. But I think it’s very difficult to trust a liar.”

The Prime Minister is facing backlash following rule-breaking Number 10 gatherings during the lockdown.

Mr Johnson was heckled and booed by crowds on Friday (June 3) as he arrived with his wife, Carrie, at St Paul’s Cathedral to attend a National Thanksgiving Service for the Queen’s Jubilee.

Mr and Mrs Johnson and the Chancellor all apologised in April after the Metropolitan Police handed them fixed penalty notices (FPNs) for the party in the Cabinet Room on June 19, 2020.

In her recent report, senior civil servant Sue Gray also found drinks gatherings were held at the heart of Government on April 16, 2021, the eve of the Duke of Edinburgh’s funeral – albeit not attended by the PM himself.

As part of their investigation into lockdown-busting parties in Downing Street and Whitehall, the Metropolitan Police deemed that coronavirus restrictions were breached ahead of the funeral.

However, the force did not specify which events led to fines being received.

At the time, socialising indoors with people from other households was not allowed and meeting others outdoors was limited to groups of six people or two households.

An increasing number of Tory MPs have publicly urged the Mr Johnson to stand down – although not all have revealed whether they have submitted letters to the 1922 Committee calling for a confidence vote to decide his future.

Home Secretary Priti Patel has told Tory MPs pushing for the Prime Minister to resign to “forget it”, that writing letters of no-confidence in Boris Johnson was a “sideshow”, and the party should be focused on “real challenges that we have to find solutions to”.

No 10 did not wish to provide additional comment on the Bishop’s comments, but referred to Mr Johnson’s press conference remarks last week.

In a press conference following Sue Gray’s report on May 25, Mr Johnson expressed a “wholehearted apology”.