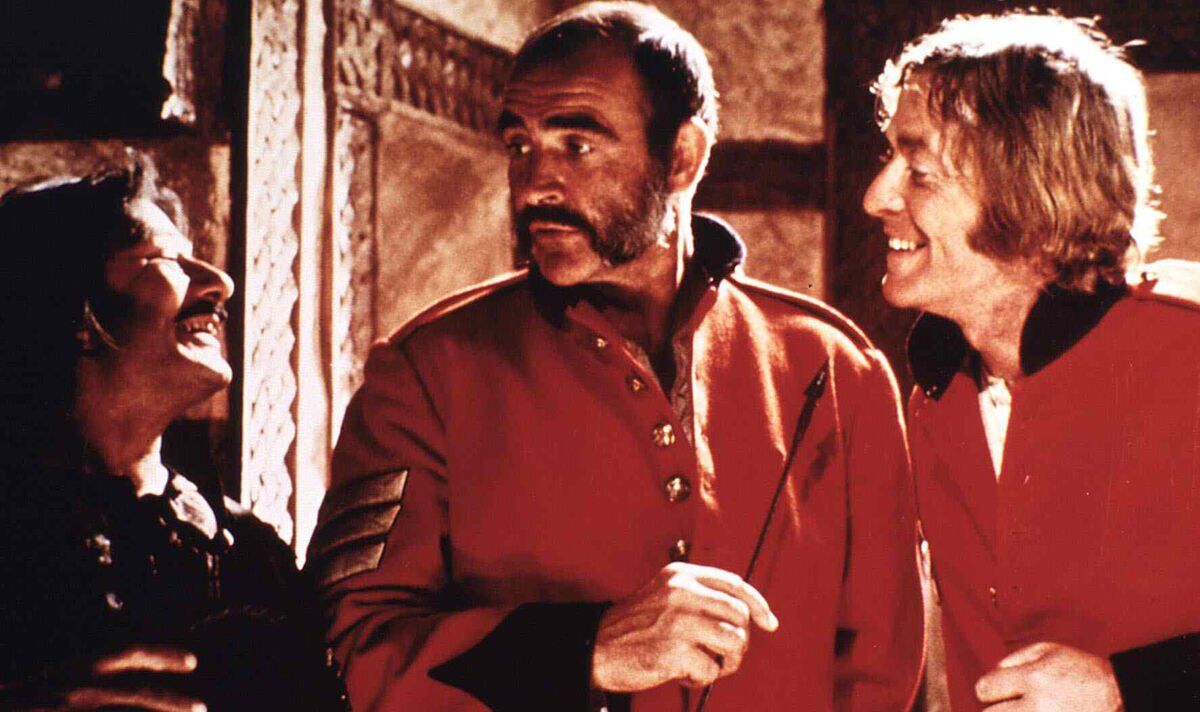 Caine remembered a few weeks in that he and Connery were worried by this, so he approached Huston asking if anything was wrong.

The director replied: “You’re getting paid a lot of money to do this, Michael, I think you should do it by yourself.”

The filmmaker would also only refer to the stars by their character names on set as Daniel Dravot and Peachy Carnehan and both went on to improvise dialogue and scenes.