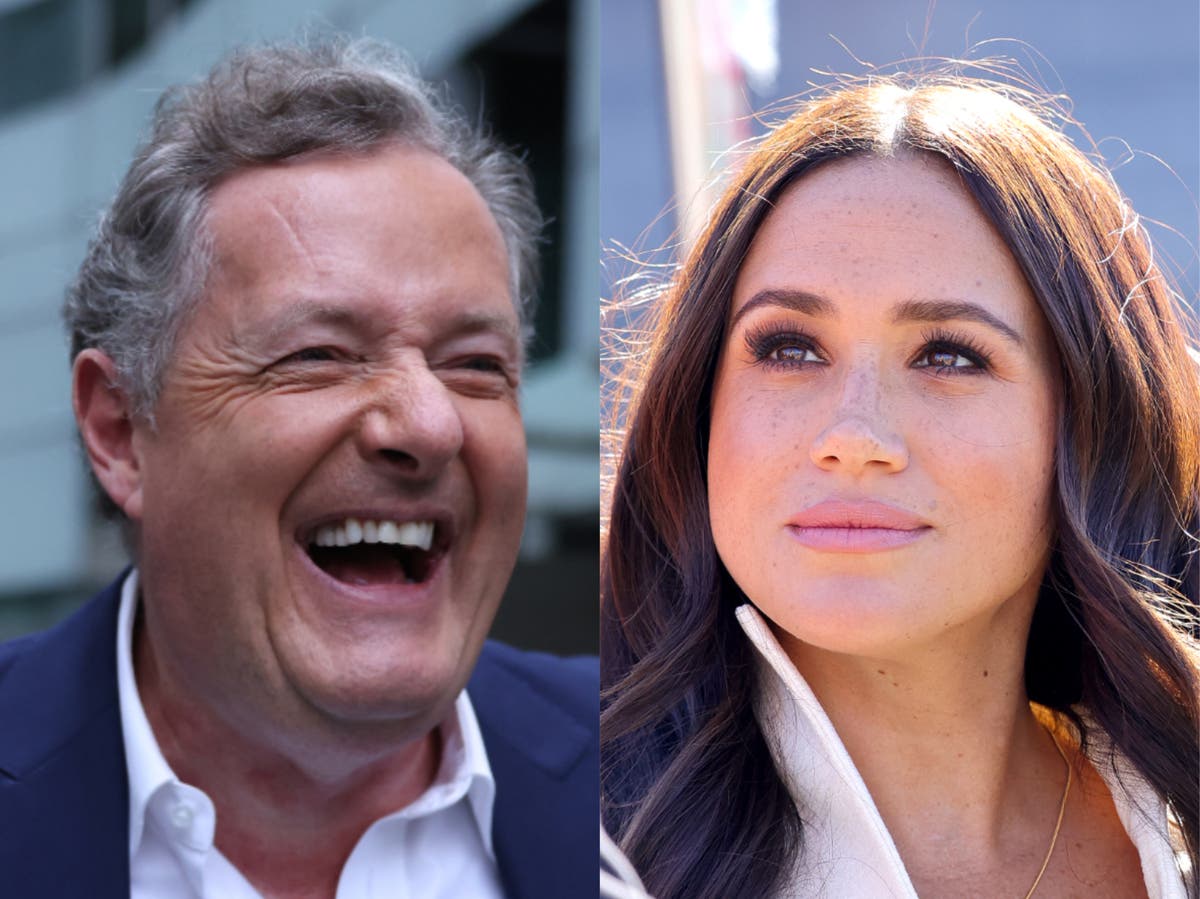 Piers Morgan shared a mocking tweet about Meghan Markle amid the ongoing celebrations for the queen’s platinum jubilee.

As the monarch marks 70 years on the throne, members of the royal family have converged for celebratory events, including the duke and duchess of Sussex.

Also pictured at the jubilee celebrations has been Prince Louis, the four-year-old child of Prince William and Kate Middleton.

On Twitter, Morgan shared a collage of images of Louis with his hands covering his ears, pulling a number of faces.

Alongside the pictures, he tweeted: “Is this when Aunty Meghan arrived?”

The joke was met with mixed reactions from followers and other twitter users, with some describing the former Good Morning Britain presenter as “obsessed”.

“ You need to let it go, it has become an unhealthy infatuation,” wrote author Gerry Stergiopoulous.

“He’s STILL banging on about Meghan ??? Hasn’t he learned his lesson yet?” another person wrote.

“Really, wow you can’t let it go. Sad sad man,” someone else commented.

Morgan has been a repeated critic of the duchess of Sussex, most famously during a segment on Good Morning Britain in the aftermath of Meghan’s interview with Oprah Winfrey.

Morgan suggested that he did not believe Meghan’s claim of experiencing suicidal thoughts while serving as a member of the royal family, as part of a rant that was met with condemnation by viewers and co-presenter Alex Beresford.

Soon after storming off-air while being chastised by Beresford, Morgan exited the ITV talk show for good.

On multiple occasions, Morgan has also publicly described meeting Meghan shortly before she was introduced to Prince Harry.

He claims that the two had gone for a meal and “got on brilliantly”, before she met the prince that same evening.

You can follow live updates on the platinum jubilee here.