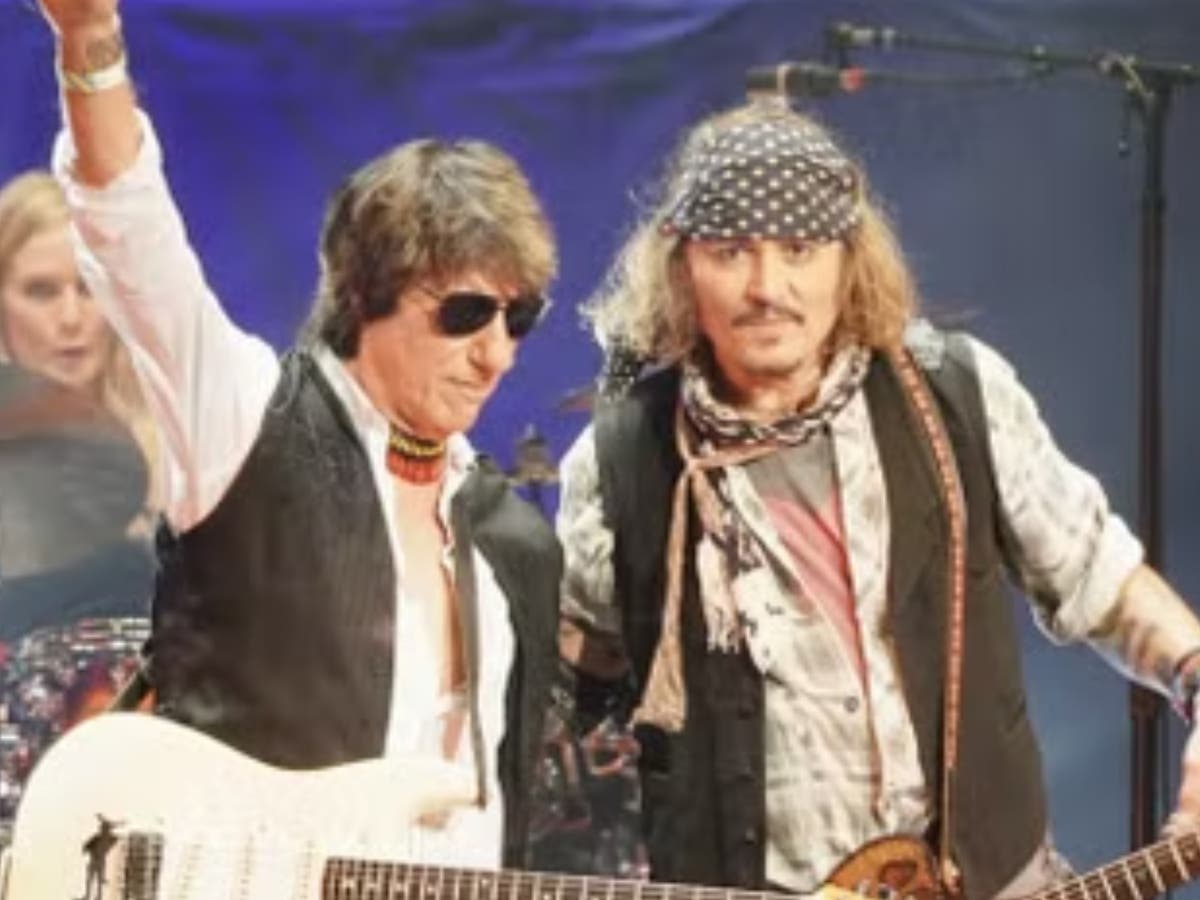 Johnny Depp will release a new album with Jeff Beck next month.

The actor made his latest appearance alongside Beck at the Sage concert hall in Gateshead on Thursday night (2 June).

During their performance, per the BBC, Beck announced Depp’s next career move. He told the audience that the pair are due to release an album together next month.

The gig came a day after Depp won his high-profile defamation case against ex-wife Amber Heard.

In photos from the evening, Depp and his security guards can be seen swarmed by a crowd of fans.

The Pirates of the Caribbean actor stopped to engage with his fans, signing autographs and posing for photographs before security ushered him away.

Depp – who began his career as a musician and founded the band The Hollywood Vampires with Alice Cooper and Joe Perry in 2015 – and Beck have previously collaborated together on the 2020 track “Isolation”.

He first turned up to perform alongside Beck in Sheffield on Sunday (29 May), following the closing arguments of his trial.

Depp was absent from the Virgina court on Wednesday (1 June) when the jury announced their decision. The actor was seen leaving The Bridge Tavern pub in Newcastle shortly before the reading of the verdict, according to ITV News.

Singer Sam Fender had spent the evening with Depp, sharing a photograph with the star to his Instagram Stories minutes after the verdict came in.

“Some serious heroes,” Fender captioned the post, which he has since deleted amid backlash.

Depp sued Heard for $50m (£39.8m) over a Washington Post op-ed titled: “I spoke up against sexual violence – and faced our culture’s wrath. That has to change.”

The article does not mention Depp by name, yet his lawyers said it falsely implies he physically and sexually abused Heard while they were together.

Heard countersued for $100m (£80.9m), accusing Depp of orchestrating a “smear campaign” against her and describing his lawsuit as a continuation of “abuse and harassment”.

During closing remarks, both sides urged jurors to think about other victims of domestic abuse.

Heard’s legal team highlighted the message that a verdict in Depp’s favour would send to others, while the actor’s representatives said her claims were “an act of profound cruelty to true survivors”.