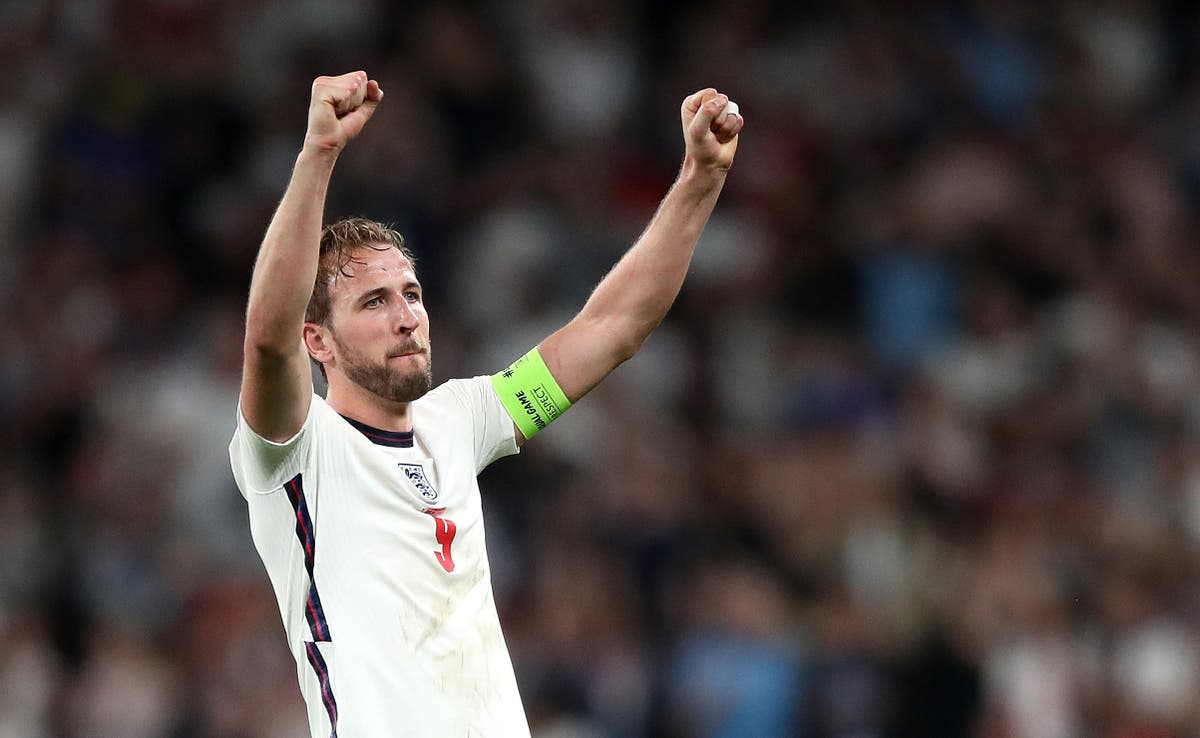 Kane is currently on 49 goals for his country, four behind Rooney’s record of 53, and it is only a matter of time until he overtakes that landmark.

And with six Nations League games, including four in the next 10 days, before the Qatar World Cup, the Spurs striker is keen on doing it at the earliest opportunity.

“I’d like to break it as soon as possible, I’d love to score as many goals as I can in the next four games before the World Cup and see where we go from there,” he said.

“So of course I’d love to do it as soon as possible but if it doesn’t happen for some reason and it goes into the World Cup then so be it, the World Cup is probably the best competition in the world so I’ll have a lot of focus on trying to achieve that and go on and win that, so we’ll have to wait and see.”

Kane will be eyeing up his half-century as England visit Hungary on Saturday, a figure he could only have dreamed of when he made is debut in 2015.

“Back then it wasn’t a number I had in my head, of course I wanted to score as many goals as possible and play as long as possible. It all goes so quickly, the major tournaments come around so quickly, the games come quickly and year-by-year you edge up that leaderboard.

“It’s great to be close to 50, obviously I am still a few goals behind Wazza but the most important thing is to go out there and perform for my team and that is what I’ll try and do.”