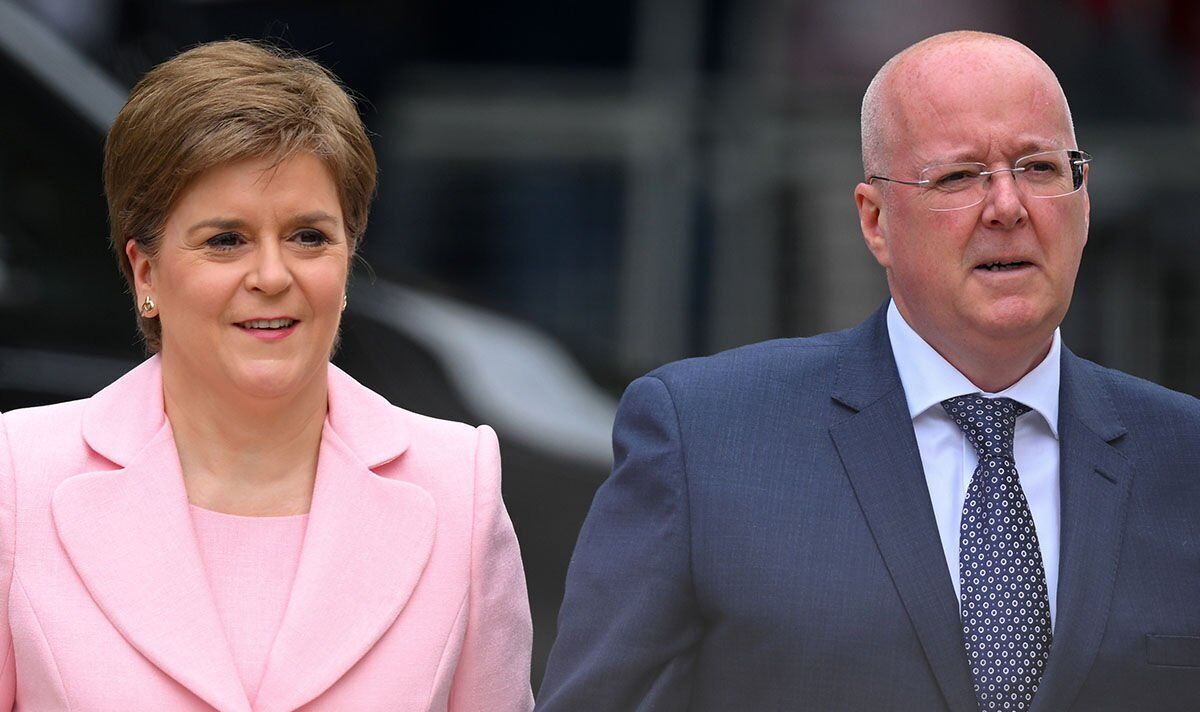 The SNP First Minister was given a royal welcome at St Paul’s Cathedral ahead of the National Thanksgiving Service today. She entered St Pauls by the main entrance amid great pomp and ceremony – despite former prime ministers including David Cameron, Gordon Brown and Tony Blair only being allowed in a side door. Sturgeon, who congratulated the Queen on a “lifetime of service” ahead of her Platinum Jubilee, has previously argued there should be a debate over the future of the monarchy with many in her party openly hostile to the Royal family.

Sky’s Kay Burley said: “Interesting. Maybe it’s because they were former Prime Ministers’ that they went up the side steps.

“She’s being afforded the privilege of going up the centre steps here at St Paul’s Cathedral.

“We’ve seen the Queen walk up those steps many times before including the time when her husband, the Duke of Edinburgh was in hospital and she took the journey herself.”

It comes as Ms Sturgeon led a parliamentary tribute to Queen Elizabeth II, who is due to celebrate 70 years of reign from tomorrow.

Speaking in the Scottish Parliament, the First Minister said the Queen had played an “integral role” in the story of modern Scotland and said it was no surprise the occasion was to be celebrated so widely.

And she urged all Scots to mark Her Majesty’s “values of integrity, wisdom, justice and compassion” – regardless of their views on the institution of the British monarchy.

She said: “It is of course the case that there are, and always have been different views in our country, indeed in this chamber, about the institution of the monarchy, and the democratic right to express those views is always to be celebrated.

“But this occasion of the Platinum Jubilee is not just about an institution. It is above all about the life and service of an extraordinary woman, someone who had no more choice than any of us do about the circumstances into which she was born- but someone who has given a lifetime of dedicated service.

In honour of her service, the Queen will be presented with a limited edition Johnnie Walker whisky, with a special design to celebrate the beauty of Scotland’s plants and wildlife, and a throw made of tartan commissioned in honour of the three bridges across the Forth.

A ‘Jubilee Wood’ of 70 native trees is also planned for Holyrood Park, in Edinburgh, which Ms Sturgeon said was a “historically appropriate” gesture as the Queen’s first duty in Scotland following her accession to the throne had been to plant a cherry tree that still stands by the entrance to the Canongate Kirk.

The First Minister also said it had been a privilege to spend time with the Queen “privately” over the years, where she benefited from her wisdom and “unique perspective” on modern history.

She will also be attending a number of events in London to mark the Jubilee, including the National Service of Thanksgiving at St Paul’s Cathedral on Friday, June 3, and the Platinum Jubilee concert at Buckingham Palace.

Scottish Conservative leader Douglas Ross also paid tribute to the Queen, who he said he been a “constant presence during times of adversity and triumph”.