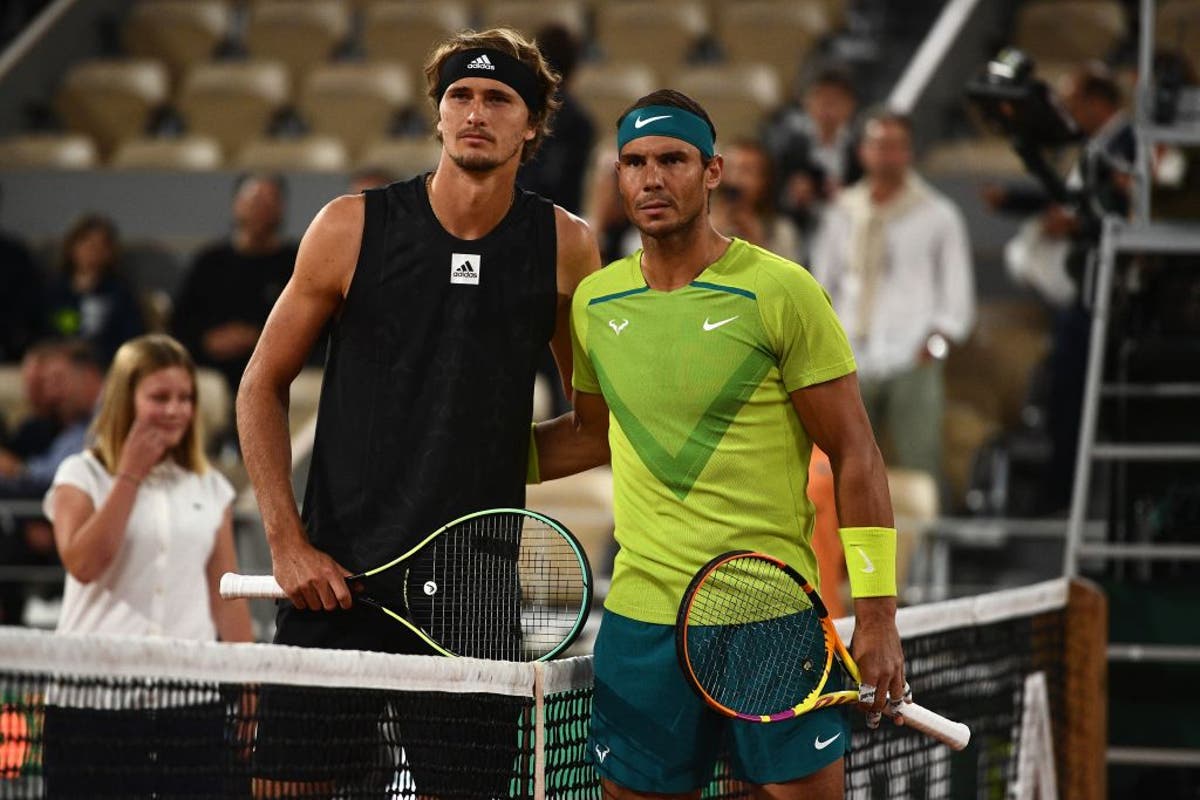 ‘Unexpected level’ – Nadal on his performance after beating Djokovic

Follow for live updates as Rafael Nadal takes on Alexander Zverev for a place in the French Open final on what is set to be another blockbuster day of action at Roland Garros. Nadal has had two days to recover from his momentous and epic victory over his great rival Novak Djokovic in Tuesday’s quarter-final, with the 13-time French Open champion sealing the four-set win at 1.15am local time.

Nadal has admitted that this could be his last French Open due to his chronic foot injury and the Spaniard, who turns 36 today, faces another seismic challenge against Zverev. The German defeated rising star Carlos Alcaraz in what was another thrilling quarter-final upset, and was perhaps the best win of the 25-year-old’s grand slam career as he seeks to win his first major.

After playing in the night session on Tuesday on Court Philippe-Chatrier, Nadal is back to his preferred afternoon slot for the first of two men’s semi-finals today. Later on, Marin Cilic will look to advance to the fourth grand slam final of his career and continue his unlikely journey at this year’s French Open. The Croatian had not progressed further than the fourth round of a slam since 2018 and will take on the Norwegian Casper Ruud who is aiming to reach a grand slam final for the first time in his career.

Follow for live scores and updates from Rafael Nadal vs Alexander Zverev, below: