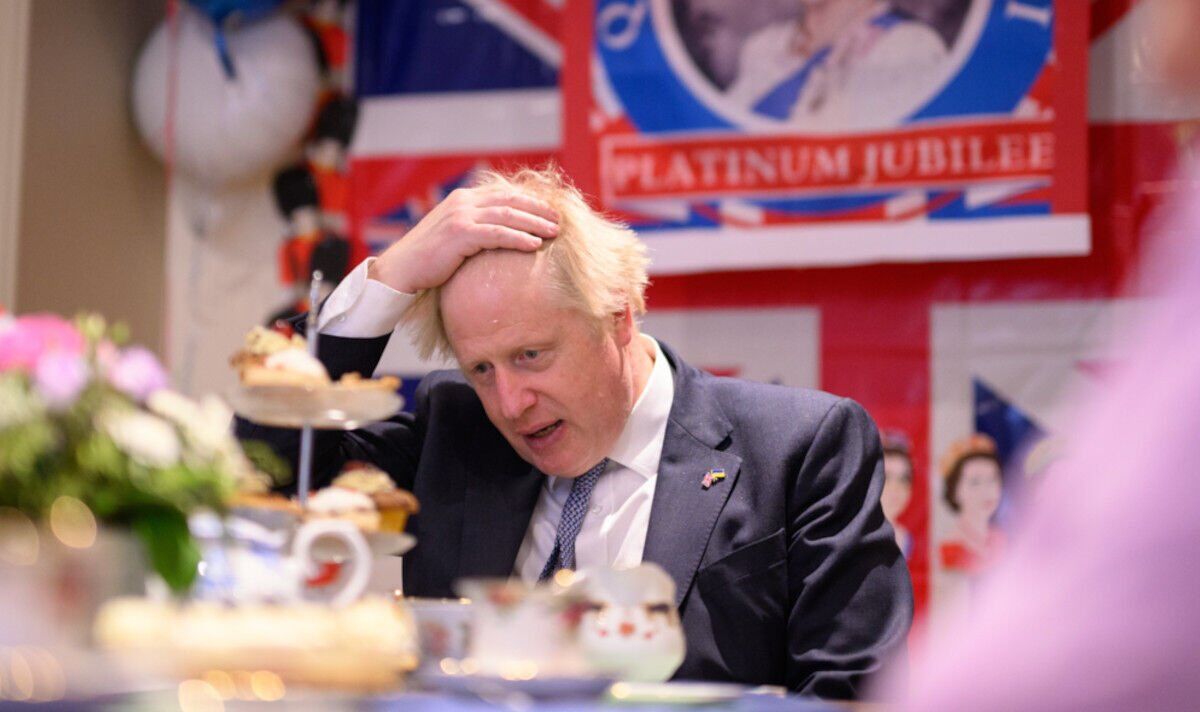 Tory MP Tobias Ellwood, who has submitted a letter of no confidence against the Prime Minister to the 1922 Committee, this week called for a “pause” in ‘Partygate’ hostilities during Platinum Jubilee celebrations. He told Times Radio that, because of the heated rhetoric surrounding the topic, “perhaps we should have a pause”.

But the plotting appears to have continued, despite reports of the campaign to oust Mr Johnson being in disarray.

Thom Brooks, Professor of Law and Government, complained in a post on Twitter: “Instead of focussing on the Platinum Jubilee, Conservative MPs are plotting against each other.”

It is understood that some Tory MPs are waiting until after the celebrations have ended to submit a letter to Sir Graham Brady, who chairs the party’s committee.

Fifty-four letters are required for a vote of confidence to be triggered.

More than 45 Conservative Party MPs have publicly questioned the Prime Minister’s fitness to hold office, but fewer than 20 have announced submitting a letter.

One MP told the Guardian he wants Mr Johnson out of the job but has encouraged colleagues to withdraw their letters to avoid triggering a vote “by accident” as early as Monday or Tuesday next week.

They added it was worth waiting until after the two by-elections that will be held on June 23 which should help MPs gauge the public mood.

Some are concerned that potential candidates to replace the Prime Minister are not yet ready to launch their campaigns and could still lose a leadership election.

Foreign Secretary Liz Truss and Defence Secretary Ben Wallace, who topped ConservativeHome’s latest favourability poll while Mr Johnson came in bottom, are also being touted as potential leaders should the Prime Minister be booted out of Number 10.

Letters are being sent in response to ‘Partygate’, following the conclusions of the investigations by the Metropolitan Police and by senior civil servant Sue Gray into lockdown rule-breaking at Downing Street.

But outside Westminster, some insist voters are far more concerned by Mr Johnson’s handling of policies than by parties during the pandemic.

Bow Group Chairman Ben Harris-Quinney said for many, the bigger issue was the fact the Prime Minister and his Government are “operating far to the left of Blair”.

He told Express.co.uk: “It is quite simply not a conservative Government and not a Brexit Government.

“That’s why the people that voted it into power are calling final time on a Conservative Party that refuses to learn the lesson – that when people vote Conservative, they expect conservatism.”