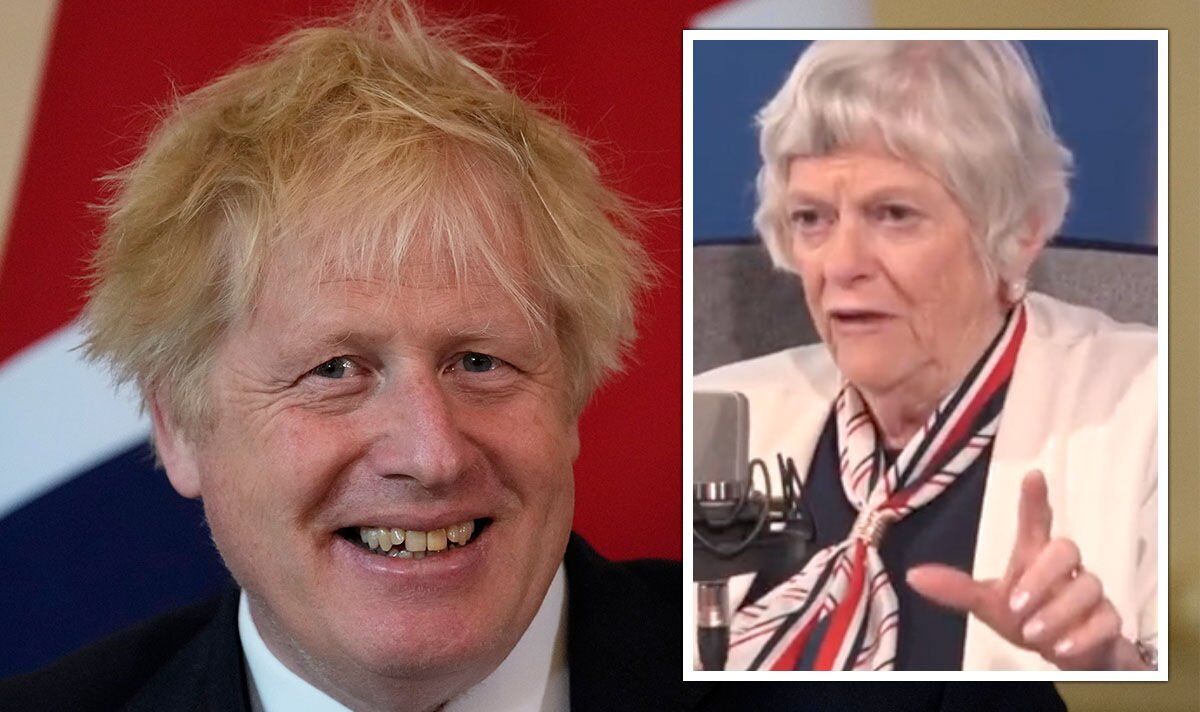 Boris Johnson faces the prospect of a no-confidence that could take place as soon as next week. A growing number of Conservative MPs have reportedly been submitting no-confidence letters to the 1922 Committee to oust the leader after some claimed Partygate has stained the party’s reputation and cost them votes in the May local elections. To former Tory MP Ann Widdecombe, it’s clear evidence the party is losing it.

When asked whether she believed the will be a leadership contest, Ms Widdecombe said: “Well, I sincerely hope not because I think what you’re seeing at the moment is the spectacle of a party – a very big, important political party – just losing its collective nerve. Losing it completely.

“And with no grand plans to do so. I mean, if general elections were tomorrow, I wouldn’t blame any of them for losing their nerve.

“But it’s two years away and we all know. I mean, history is littered with examples of governments, including Thatcher’s, who’s been very very low in the polls mid-way, terrible headlines. Everybody saying: ‘this is the end. They’ve gone on the wind the next general election.

“And I think Boris should have a chance.”

Boris Johnson’s Conservative Party would lose the next general election in almost all key battleground constituencies if an election were held tomorrow, the latest YouGov survey shows. Many Tory MPs put the blame on Mr Johnson’s Partygate scandal for downward figures, as the Tory party has been polling behind the Labour party since December 2021 – the date coinciding with the Mirror breaking news that lockdown-breaking parties were held at Downing Street at the height of the pandemic.

“I wonder how many of those people booing him had their vaccination early because Boris was ahead of the rest of the world”, Ms Widdecombe said, in reference to Boris Johnson arriving at Saint-Paul Cathedral under the crowd’s whistles and jeers for a platinum jubilee celebration.

Mr Widdecombe continued: “I wonder how many of those people booing him wonder what President Zelensky would make of that when he has singled out Britain for praise over how Boris has done over the Ukraine issue.

“And I think he deserves to be seen in the right, not just on the basis of Partygate”, Ms Widdecombe added.

Tory rebels reportedly threatened with sending in no-confidence letters to the 1922 Committee to reach the 54-letter threshold and trigger a no-confidence vote. However, the move is now creating disquiet among some rebels who worry they have not yet mobilised the 180 votes required to oust Boris Johnson, The Guardian reports.

In the face of complaints about the cost-of-living crisis, Ms Widdecombe defended the prime minister, saying: “To be fair, there wasn’t very much he could while Covid was raging because we didn’t how long it was going to go on before.”

Speculations go that the 54-letter threshold could be met as soon as Monday or Tuesday.