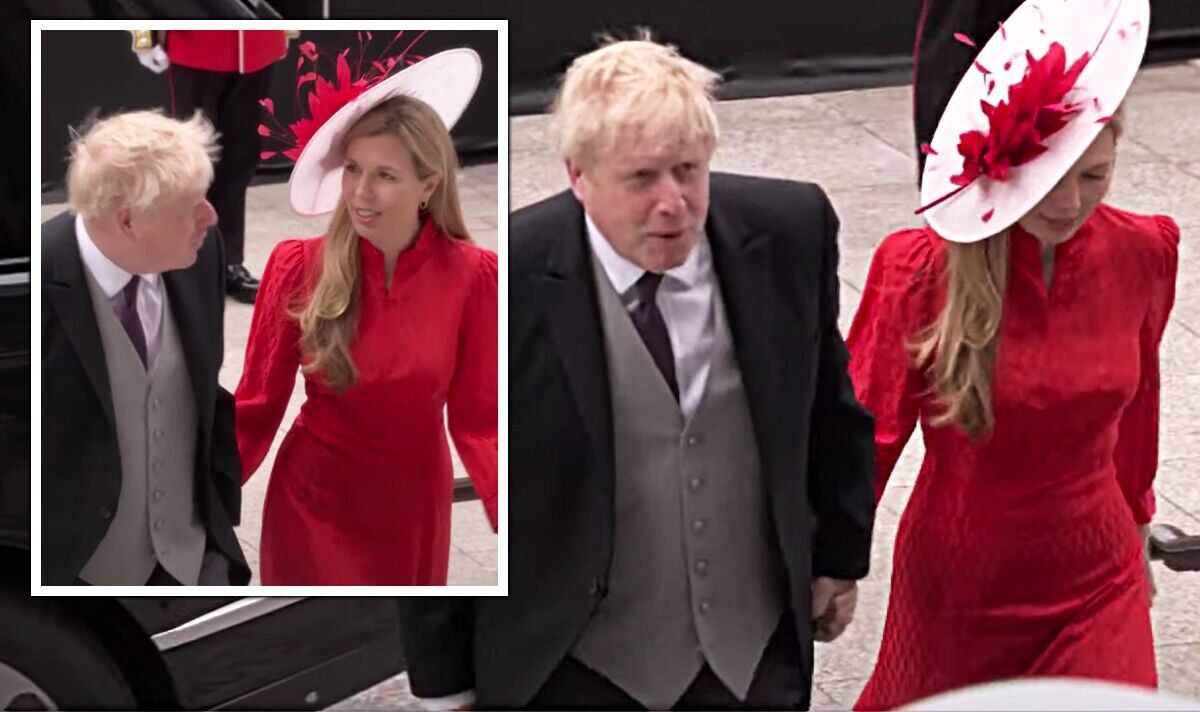 Boris Johnson was loudly booed as soon as he arrived at St Paul’s Cathedral for today’s service of thanksgiving for the Queen’s Platinum Jubilee. Mr Johnson, who was joined by his wife Carrie, was booed and jeered by the crowd outside the landmark cathedral.  BBC presenter Jane Hill remarked that the Prime Minister was the “only VIP guest” to receive such a hostile reception.

Loud boos and whistles could be heard as the Prime Minister walked up the steps to the entrance, although there were also some cheers from onlookers.

Speaking outside the Cathedral, Ms Hill said: “There is booing in the crowd there.

“Really, there is quite a lot of booing actually. A substantial amount. “

Royal historian professor Anna Whitlock remarked: “I did not see that coming.”

Ms Hill added: “That was quite a moment.

“We definitely haven’t heard that for any other VIP guest.”

BBC Broadcaster Victoria Derbyshire later tweeted: “The Prime Minister arriving with wife Carrie at St Paul’s Cathedral for the Platinum Thanksgiving Service is booed by some in the crowd.”

Former Prime Ministers Tony Blair, Gordon Brown, David Cameron, and Theresa May were all also in attendance for the service.

Members of the Royal Family all received warm welcomes from the crowd, with William and Kate receiving the loudest cheers.

Prince Charles and Camilla, Duchess of Cornwall, as well as Prince Harry and Meghan Markle were also applauded as they walked up the steps to the cathedral.

The boos for Mr Johnson come amid mounting pressure on his leadership and speculation that he will soon face a confidence vote.

The Prime Minister was forced to apologise multiple times after his staff held a string of rule-breaking parties during Covid lockdowns.