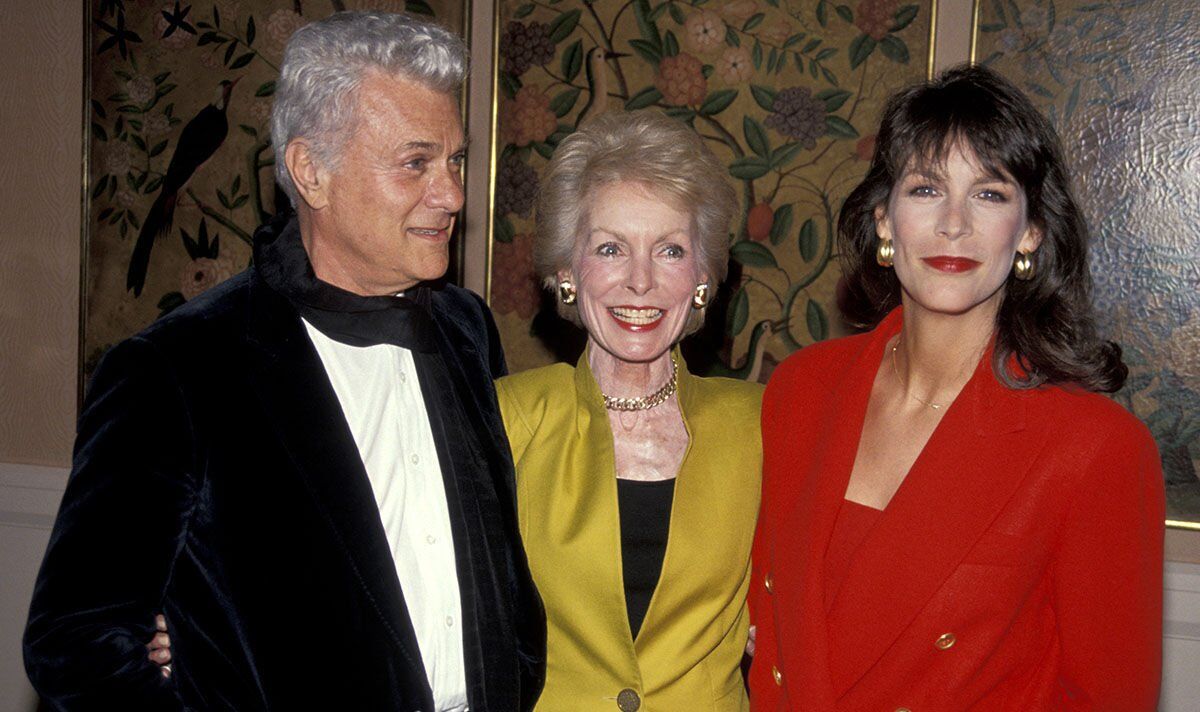 The actor was born on June 3 1925 and grew up in povert, even spending a month in an orphanage because his parents couldn’t afford to feed him and brother Julius. When he died in September 2010 he left an estate estimated at up to $60million, yet he devastatingly cut out all six children from his six marriages. Curtis declared in the document: “I acknowledge the existence of my children… and have intentionally and with full knowledge chosen not to provide for them in this last will and testament.” It was all very different in 1951 when he married first wife, Hollywood legend Janet Leigh. When they first fell in love, Curtis even defied his studio’s demands that he marry his frequent co-star Piper Laurie.

From his (uncredited) debut in 1949’s Criss Cross, Curtis’s star began to swiftly rise and his Universal bosses rewarded him with the lead role in 1951’s The Prince Who Was a Thief, a swashbuckler set in the Middle East with Piper Laurie. Their partnership was a box office success, swiftly followed by No Room For The Groom and The Son of Ali Baba.

The studio machine wanted Curtis and Laurie to marry for their careers and dangled promises of bigger pay cheques. Raised in poverty, Curtis seriously considered it but went ahead and proposed to Leigh.

“I knew that if she married me, it would be for myself, because she was already an established star,” he recalled. “It wasn’t as if marrying me was going to do anything for her career.”

Yet, powerful industry figures and even a fellow star still tried to persuade him not to go ahead with it.

Universal studio boss called Curtis to ask him to reconsider and then his friend and fellow star made a last ditch attempt, too.

“The evening before the wedding, Jerry Lewis cornered me,” Curtis remembered. “Jerry said, ‘What are you doing?… Getting married will [end] your career…'”

The wedding went ahead, although Curtis expressing his confusion in a phone call between the couple the night before ended in an argument with Leigh telling him “I don’t want to marry you anyway.” He called he back, begged forgiveness and they were married on June 4, 1951. Jerry Lewis was Curtis’ best man.

Through the decade they built a family and both careers flourished, but it would all come crashing down.

Personal differences were magnified by the enormous public attention – something both stars courted.

Younger daughter Jamie Lee Curtis said: “Public attention was very important to my parents. They required that attention all the way through the end of their lives.”

Her father said: “No other husband-and-wife team came close to us until Richard Burton and Elizabeth Taylor, but that was 10 years later. They did it through scandal. We did it through the movies and people’s affection.”

Their marriage was in trouble by the birth of their first daughter Kelly in 1956, with Curtis admitting: “I tried harder to behave in a way that didn’t anger her, and she made the same effort for me. We settled into a functional but unromantic marriage, the kind of life that was less unusual in Hollywood than you might think.”

Curtis was also unhappy his wife’s career was highly regarded while he kept being offered “silly romances.”

Despite being an admitted womaniser himself (including an affair during this marriage with Marilyn Monroe on Some Like It Hot) he was frequently jealous of any men around his wife, especially co-stars. He accused her of an affair with Frank Sinatra and revealed he wanted a divorce while she was filming The Manchurian Candidate with Old Blue Eyes in 1960.

“There was a long time after that when I didn’t get along with my daughters, because I didn’t see them,” Tony said “Not that Janet was stopping me. I was suffering a lot. I couldn’t be bothered with anybody.”

Jamie Lee refused to have anything to do with her father until her twenties but eventually built a cordial but distant relationship. In his final years, Curtis wanted to reconcile with his two eldest daughters.

In 2008, two years before his death, he said: “We’re getting to the point where they realize I’m 83, so let’s be friends, but they’ve got to stay out of my life if they come in bent and angry because I left their mother I don’t know how long ago. Don’t I get a chance to be forgiven?”

He had two more daughters with Kaufmann, Alexandra and Allegra. That marriage ended in 1968 when he quickly married actress Lesley Allen and they had two sons, Nicholas (who died of an overdose at 23) and Benjamin. There were no further children from his three final marriages, ending with Vandenberg, who was 45 years his junior, and to who he left his entire estate.

In the end, forgiveness was in short supply when Tony cut all of his children out of the will. Jamie Lee’s sister Kathy sued, while Allegra has publicly written about her own unhappy relationship with her father.