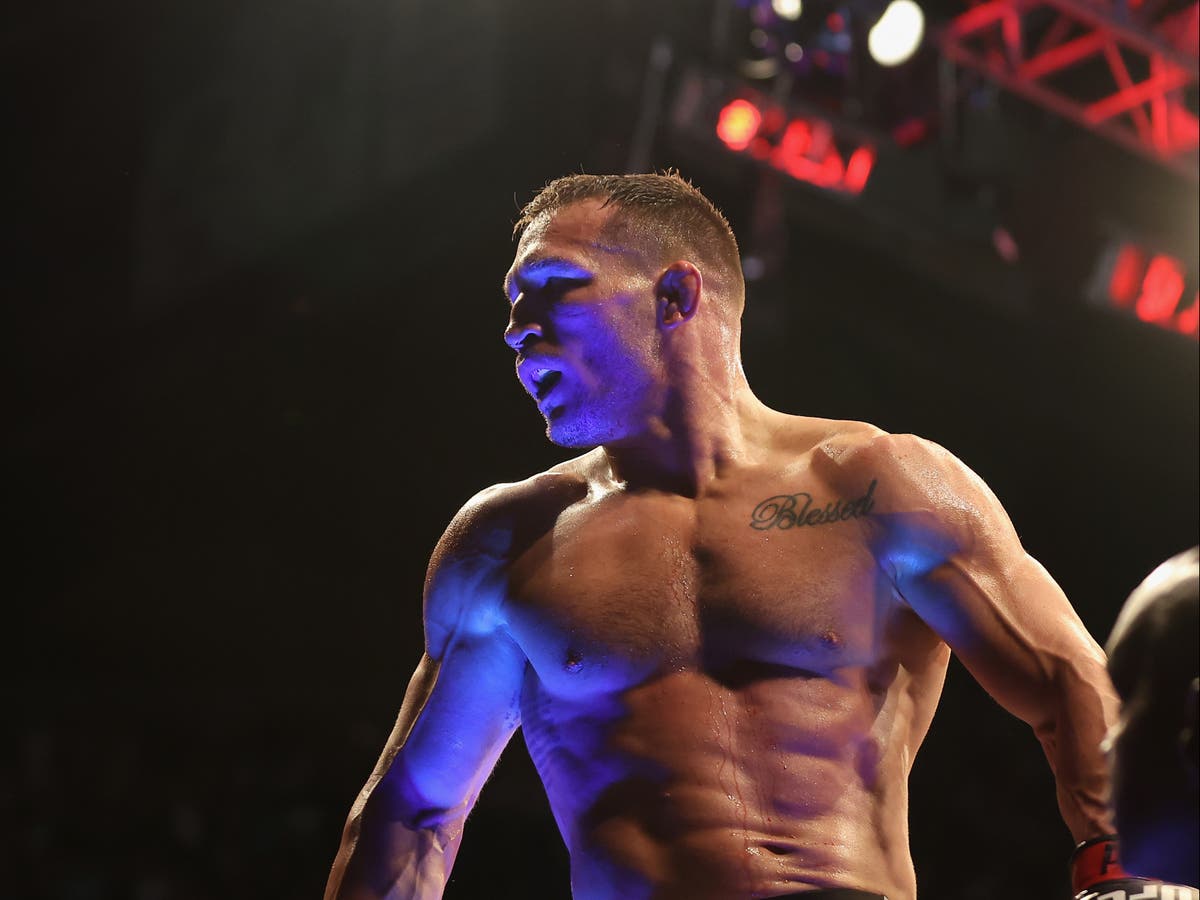 Dustin Poirier has warned Michael Chandler against fighting him or Conor McGregor, suggesting that both bouts would be ‘dangerous’ for “Iron Mike”.

Chandler is a former three-time Bellator lightweight champion and has gone 2-2 in the UFC since debuting in the promotion in early 2021. The American began his UFC career by knocking out Dan Hooker in the first round, before suffering a stoppage loss to Charles Oliveira with the vacant lightweight title on the line.

Later in 2021, Chandler lost a fight of the year contender against Justin Gaethje on points, but he rebounded in May with a stunning front-kick knockout of Tony Ferguson.

Poirier, a former interim UFC lightweight champion like Gaethje and Ferguson, has now suggested that his compatriot Chandler should be wary of taking him on. Poirier also warned Chandler against facing McGregor, whom “Iron Mike” has called out more than once.

“I’m a dangerous fight for him,” Poirier said on The Fight with Teddy Atlas. “I think I’m a clean puncher, accurate.

“He called out Conor. I think Conor is a dangerous fight for him, too. I’m not saying Chandler’s chinny or anything, but he gets hurt in a lot of his fights, and guys like Conor, they can punch.

“If you’re getting hurt by Tony Ferguson and dropped by Oliveira, guys like me, guys like Conor… if we touch your chin, it’s gonna be bad.”

Poirier and Chandler are both fan favourites, and both are known for their amiable personalities, but there has been tension between the pair since last year.

A match-up between the Americans would make sense, but Poirier has been angling for a fight with Nate Diaz. The “Diamond” was scheduled to face Diaz in 2018, but the bout fell through.

Poirier last fought in December, when he was submitted by Oliveira to come up short in a UFC lightweight title fight for the second time. Earlier in 2021, Poirier knocked out McGregor before beating the Irishman by TKO when the former dual-weight UFC champion suffered a broken leg.