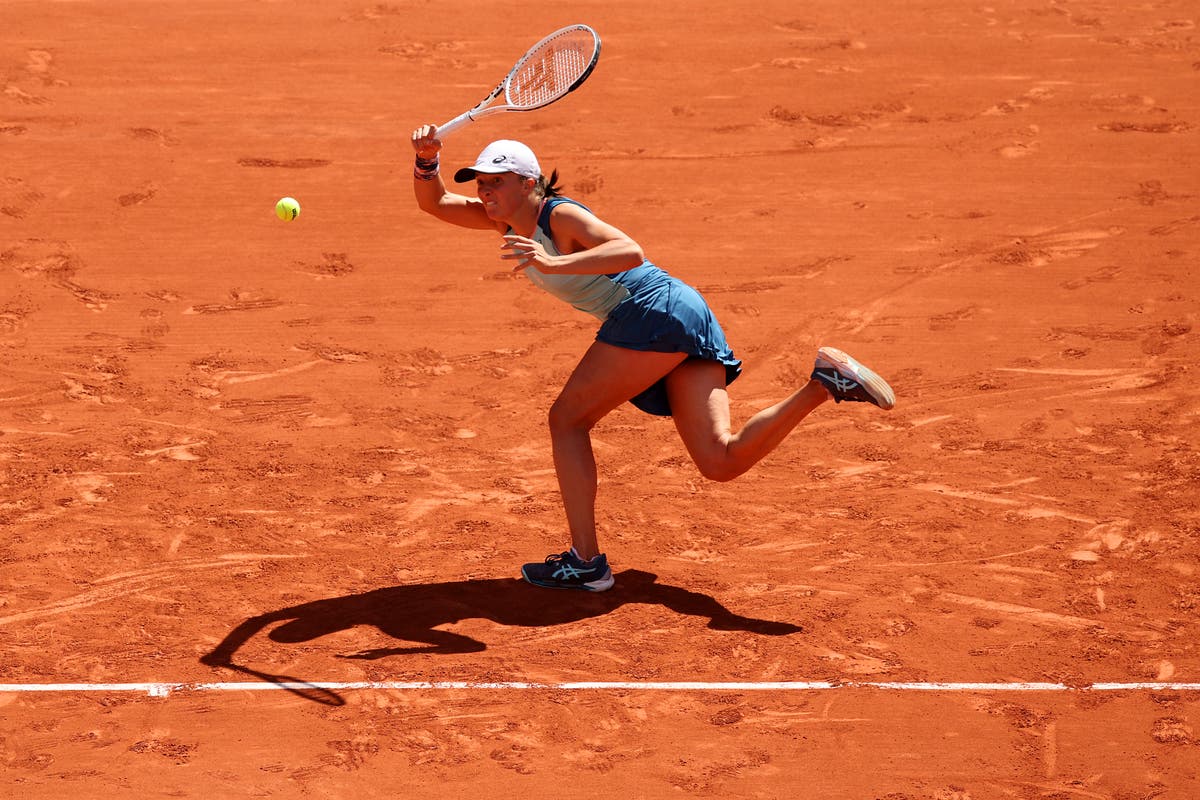 Follow all the action from Day 12 at the French Open as the women’s semi-finals take place at Roland Garros.

The tennis world is still recovering from the epic late-night contest between Rafael Nadal and Novak Djokovic on Tuesday, while Marin Cilic dumped Andrey Rublev out in a five-set thriller, before Casper Ruud emerged victorious against Holger Rune to complete the final four in the men’s singles. But now it’s time to watch the most dominant player in the entire sport: Iga Swiatek. The Pole has now extended her winning streak to 33 matches during the last week in Paris. Standing in her way from a second final for the 21-year-old is Daria Kasatkina. There is also the exciting prospect of a first-ever final for Coco Gauff, the 18-year-old has shone this week to break through since her meteoric rise in 2019. But the American must overcome Italian Martina Trevisan to set up a final between two of the best young stars in the sport.

The American has shown a positive mindset during her run this week, stating: “Enjoy life. No matter how good or bad my career is, I think I’m a great person. That’s a message for all the young players out there that your results, your job or how much money you make doesn’t define you as a person. As long as you love yourself, it doesn’t matter what anyone else thinks.” Follow all the action, scores and results from Roland Garros.