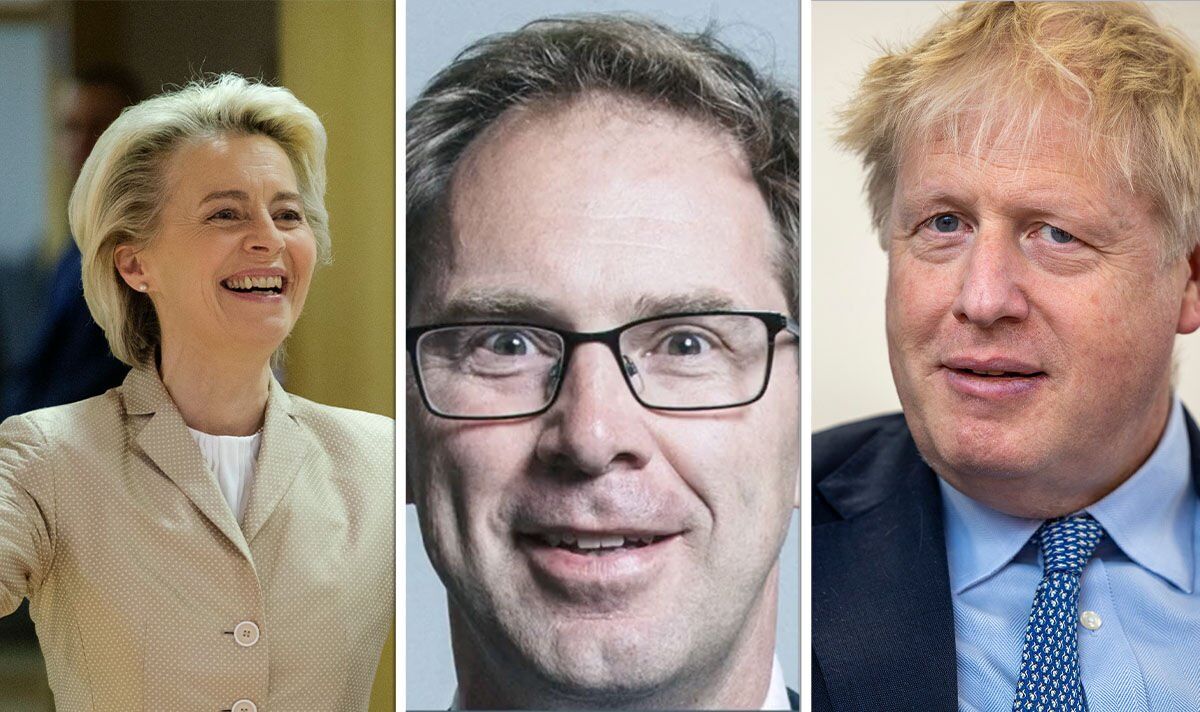 Conservative MP Tobias Ellwood has put the controversial issue of re-joining the European Union single market to UK Prime Minister Boris Johnson. With a hard Brexit, Boris Johnson’s Government made the decision to leave all EU treaties – the EU Court of Justice, the Customs Union and the Single Market. Mr Ellwood suggested the UK should re-join the EU single market to cut post-Brexit red tape and also put the Northern Ireland conundrum to bed.

In a plea to Boris Johnson, Mr Ellwood told Times Radio: “Joining that single market, I believe, would strengthen our economy, because it would remove so much red tape.

“It would ease the cost-of-living crisis, it would actually settle the difficult Irish problem on the Northern Ireland Protocol.

“And it would also help get us back into the Dublin Convention that would help on deportation.

“And finally, it’s also to do with boosting our European credentials, because we are now taking a lead in Europe on Ukraine.”

“But the fact that with this Brexit issue and particular Northern Ireland is unresolved means we’re pulled back on this.

“So given these tough economic headwinds, would it not be churlish for us to think with our heads, do the math and ask ourselves if this economy is in the nation’s interests”, Mr Ellwood added.

By joining the EU single market, the UK – in the same model as Norway – would be required to make substantial contributions to the EU budget and follow EU rules and laws.

But Mr Ellwood pointed out that UK exports to the EU are currently subject to EU rules.

Mr Ellwood continued: “Half of our exports still go to the EU, so you’re having to follow these agreements anyway.

Mr Ellwood acknowledged: “This is a hot potato.

“It’s an emotive subject, but we have to recognise economically, security-wise, we face some significant challenges over the next decade.

“Inflation is soaring, the cost-of-living crisis is biting and we can’t keep borrowing our way out of trouble.”