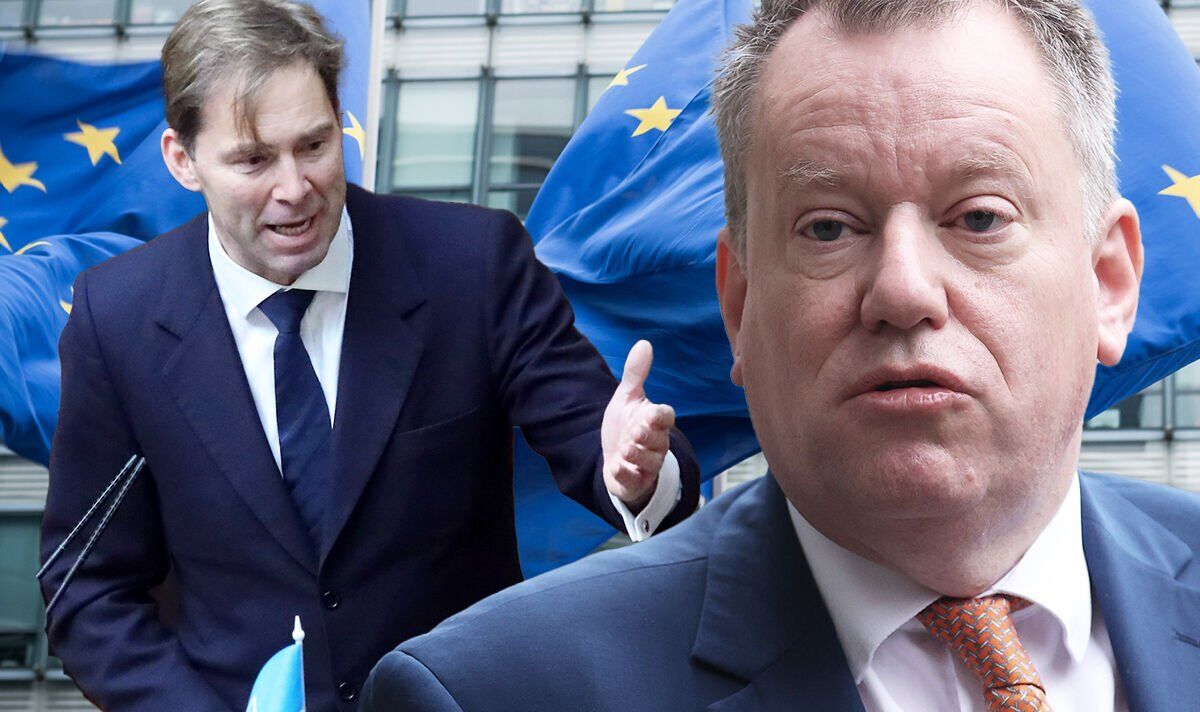 The chair of Parliament’s Defence Select Committee said the Brexit deal negotiated by the Government has left industry strangled by red tape. He added that securing closer economic ties with the bloc would bolster the economy at a time of rocketing bills and high inflation.

Mr Ellwood, who is among a group of Tory MPs calling for Prime Minister Boris Johnson to resign, has urged the PM to pursue the kind of relationship Norway has with the EU in an op-ed published in PoliticsHome on Wednesday, June 1.

His comments sparked a backlash among Brexit supporters, including Lord David Frost, who was chief negotiator for exiting the EU.

Lord Frost tweeted on Wednesday: “We are, thankfully, and rightly, about to stop politics for a few days.

“However, there is just enough time to note one important & revealing fact: today’s Tobias Ellwood article shows Brexit really is not safe in his hands or his allies.

“Reminder: being in the single market, but not in the EU, means accepting lots of laws set by people we didn’t elect & can’t get rid of.”