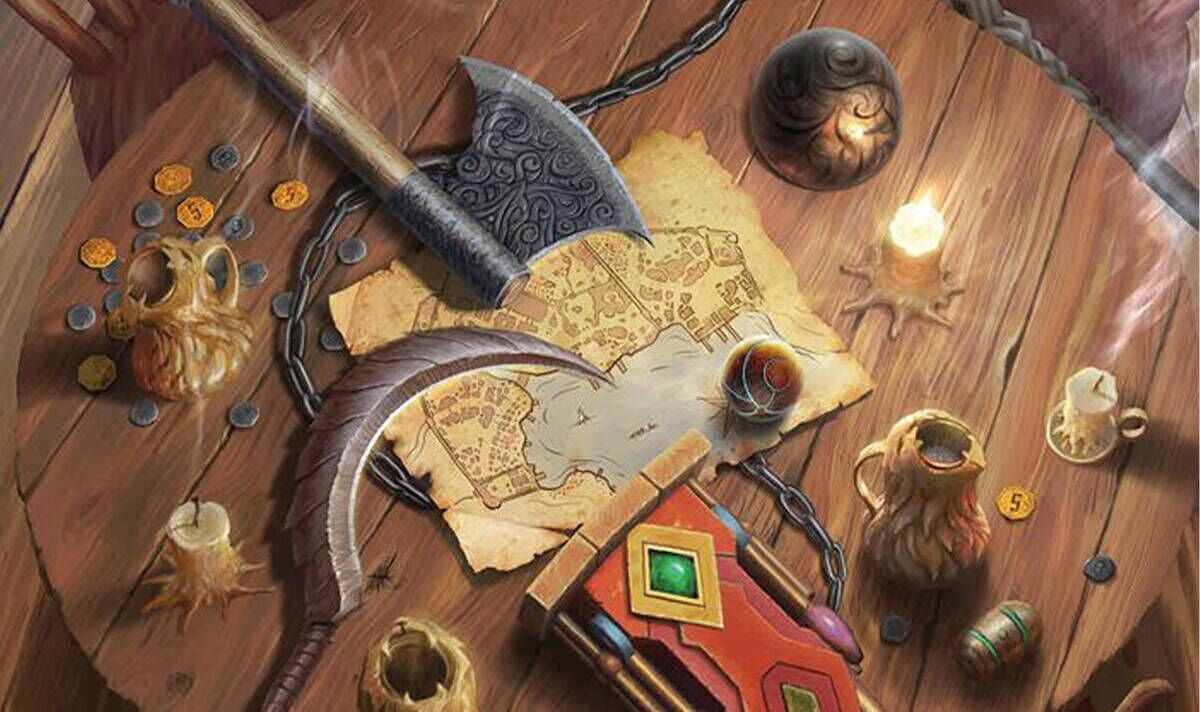 Launched all the way back in 2017, Gloomhaven is rightly considered one of the best board games ever made. An absolute monster of a game, Gloomhaven contains nearly 100 scenarios, 17 playable classes, and more cards than your local branch of Clintons. Suitable for 1-4 players, Gloomhaven is what’s known as a legacy game, which means campaigns continue from one scenario to the next. Gloomhaven is so popular that it’s spawned a video game spin-off, which in many respects is superior to the original. Here’s why.

As much as I like Gloomhaven, the video game has one or two major advantages. Chief of which is the lack of prep time needed to enjoy a campaign scenario or two.

Even if you’re lucky enough to own a dedicated board game table, playing Gloomhaven requires some pretty lengthy set-up times between scenarios. Needless to say, it’s even worse when you have to pack everything away.

Linked to set up times is the space required to play Gloomhaven. You’ll need a pretty sizeable table to fit everything on, which isn’t ideal if you live in a small apartment.

As somebody who only plays Gloomhaven every now and then, I usually have to spend around 30 minutes reading the rules to remind me how to play.

Gloomhaven on Steam features an excellent tutorial, not to mention some practice scenarios to sink your teeth into. Elsewhere, playing against the computer ensures you can’t make mistakes or “accidentally” break the rules.

Priced at £27.79 on Steam – plus £13.99 for the newly released Jaws of the Lion expansion – you can enjoy the entire Gloomhaven experience for around £40 if you’re willing to go virtual.

The board game, on the other hand, will set you back at least £100 for the core experience, plus another £40 or so for the Jaws of the Lion spinoff.

Speaking of Jaws of the Lion, Asmodee Digital has just released the expansion on Steam.

Jaws of the Lion contains four new mercenaries, including the Red Guard, the Hatchet, the Demolitionist and the Voidwarden. You’ll pit these heroes against ten new monsters and bosses.

That’s on top of 25 new scenarios, which totals up to around 30 hours of content, especially when you factor in the new city events and Battle Goals.

“A sinister cabal started abducting the less fortunate of the city… and it somehow falls to you to get to the bottom of it. Thankfully, in Gloomhaven, salvation has a price…” reads the official description.

“The Jaws of the Lion DLC is the digital adaptation of the eponymous board game and expansion to Gloomhaven, the critically acclaimed grim Tactical RPG.

“Recruit four new mercenaries with unique gameplay and explore a previously hidden side of the city of Gloomhaven through an arching storyline filled with a plethora of new enemies and bosses.