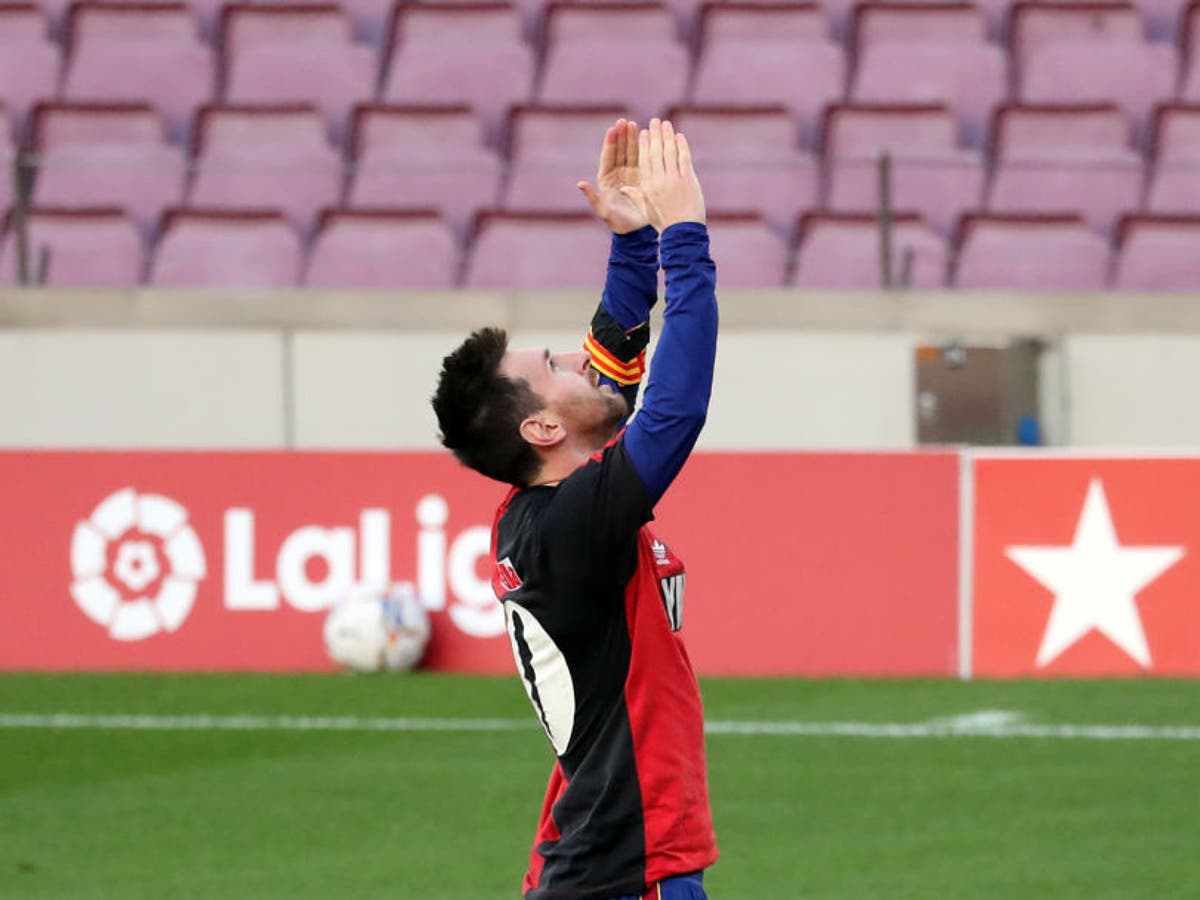 Lionel Messi has revealed that an “incredible” twist of fate led to him discovering a way of paying tribute to Diego Maradona.

Messi paid tribute to his compatriot soon after Maradona’s passing in November 2020, revealing a 1993/94 Newell’s Old Boys shirt after scoring for Barcelona in a 4-0 win against Osasuna.

Maradona spent a single season at the Rosario club, the same year that Messi joined their youth set-up.

Now at Paris Saint-Germain, Messi has revealed that he felt he “had to” find a way of marking the passing of his former national manager.

The 34-year-old admitted he was not even aware he owned the Newell’s shirt, stumbling upon it and realising it made a perfect tribute.

“I‘m going to tell you something about the celebration that I didn’t tell anyone before,” Messi explained to TyC Sports.

“I went up and there is a little door that is always closed, where we put things. It was just open. There was a chair and on top was the 10 of that Newell’s t-shirt. I went in and saw it.

“That door is always closed and I don’t know what it was doing there actually, I didn’t even remember I had it. I saw it like this and I said: ‘That’s it.’ It was incredible.

“I hadn’t been scoring many goals at that time and it wasn’t that I scored goals every game and I was sure. It happened that we were going two or three to nil and the goal wasn’t given. Then that play appeared out of nowhere.”

Maradona managed Messi while in charge of Argentina between 2008 and 2010, and comparisons are often made between the country’s two greatest players.

The elder Argentine, who died after suffering a heart attack at his Buenos Aires home, led Argentina to triumph at the 1986 World Cup, an achievement as yet unmatched by Messi.

Messi will captain Argentina in Qatar later this year, but fears the next World Cup in 2026 may be beyond him.

“The truth is that I think about this World Cup [in Qatar] and then I will see,” Messi said of his international future. . “Many things can happen, football is very changeable.

“And honestly, [the 2026 World Cup] seems very difficult to me, but I have nothing clear.”