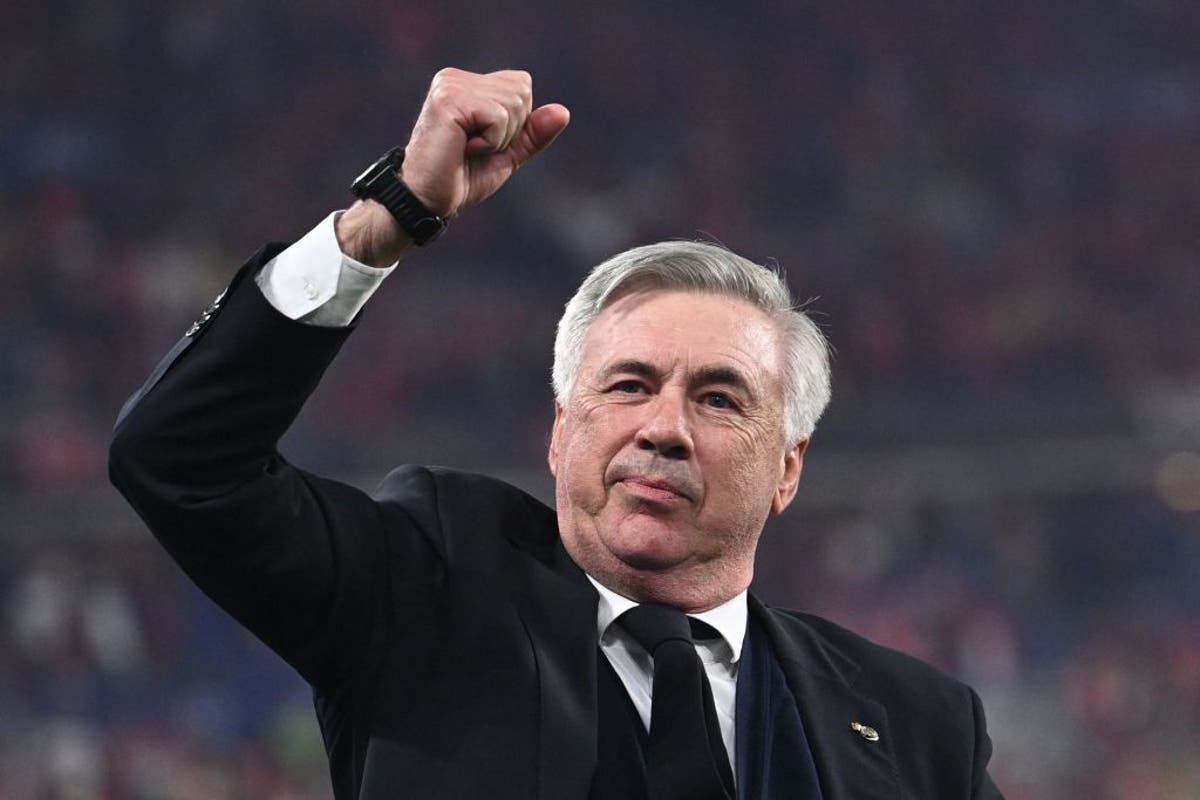 Carlo Ancelotti had not been Everton manager for long when one of his new charges had a question for him. Had he, the player wondered, been a professional footballer himself? Ancelotti being Ancelotti, he was wryly amused at it.

Another man might have pointed out that he was a double European Cup winner, found at the heart of one of the most revered teams in the sport’s history. As Jose Mourinho, a manager who was never a player, said in a different context: “This is football heritage.” Another man may simply have wondered why the ignorant Everton footballer had simply not thought to google his new manager.

Whichever, Ancelotti’s playing days form part of an astonishing CV. He has six Champions Leagues now, as many as Liverpool and Bayern Munich, and only one short of AC Milan. And four of the Rossoneri’s seven came with Ancelotti either in the midfield or the dugout. He has conquered Europe in five different decades, and if that is enough to make many a dictator envious, it is unlikely to ever be equalled. He has an unrivalled four wins as a manager.

Put the idealist Rinus Michels and Johan Cruyff together, add the pragmatic pair of Giovanni Trapattoni and Marcello Lippi, and they have only masterminded as many European Cup-winning campaigns between them as Ancelotti has on his own.

“I am the record man,” said the Italian. From another, that would have sounded like boasting. Ancelotti merely appeared mildly amused. He has so many records that some escape notice: for instance, no other manager has won the Champions League 19 years after he first did. Ancelotti has contrived to construct an image as the amiable everyman of management, forever fortunate enough to occupy the game’s most coveted roles, collecting silverware and pay-offs in equal measure while savouring the fine dining along the way.

His second spell at the Bernabeu may have burnished that image. “I have to say that it’s easier to win a Champions League with Real Madrid than with any other club,” he reflected. Perhaps, though that is not the experience of Mourinho or Fabio Capello, to name but two. Ancelotti’s first European Cup with Real was their first for 11 years. His second came when he took over what seemed the worst Real side in a generation, if not two.

“I think the fact that nobody thought we could win it helped us,” he said. That may be true but writing off the most successful club and manager in the competition’s history came with obvious perils.

Maybe Ancelotti, despite his medal collection, is easily underestimated. In an era when everyone seems to want a manager with a philosophy, he eschewed his, ditching many of his Arrigo Sacchi influences and the 4-4-2 formation that brought greatness for his mentor’s AC Milan team. He prospered at the San Siro with four playmakers and a Christmas tree formation but he isn’t wedded to anything; just players, and no one has managed as many great ones as Ancelotti. Which, in turn, is another reason his own input can be underrated.

The Italian contrives to make management look easy. He picks good players and they win games. And yet his inheritance at Real second time around is such that this Champions League is his finest ever achievement. Karim Benzema is the late-blooming superstar, only graduating to the A-list in his mid-thirties. Luka Modric is older still but, as Paolo Maldini showed, footballing pensioners can prosper under Ancelotti. Vinicius Junior had only scored 15 goals in three seasons at Real before Ancelotti arrived: a further 22 have given him the status of one of the game’s most devastating wingers, and a final winner to celebrate, but this group looked weaker than Real in 2014 and Milan in 2003 and 2007.

Real have arguably been outsiders in four consecutive ties. They struck a blow for the ancien regime in defeating the nouveaux riches in three, starting with Paris Saint-Germain. They reined in the Premier League with a hat-trick of scalps in Chelsea, Manchester City and Liverpool. They flew in the face of footballing fashions, not pressing like Jurgen Klopp or passing like Pep Guardiola.

And at the end of it all, the laid-back godfather of football had reasserted his authority. Don Carlo has been the king of calm and, if it is not always entirely clear what he does, it is increasingly hard to deny he is one of the greatest managers of all time. Not that Ancelotti seems particularly bothered where he stands in the pantheon.

Life is instead for enjoying, and the abiding image of this season came after Real won La Liga. There was Ancelotti, surrounded by players three or four decades his junior, sunglasses on, smoking a cigar. Management was supposed to be stressful, but no one told the nonchalant winner.