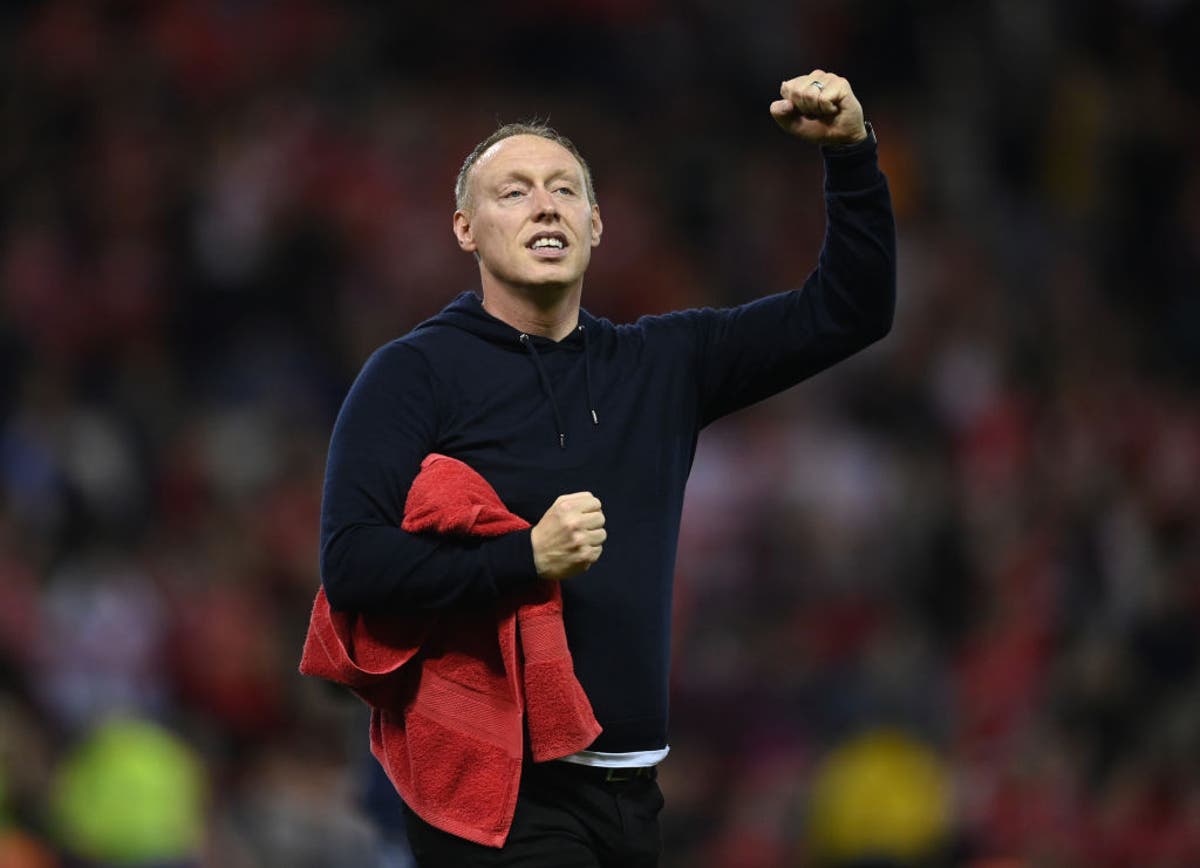 Nottingham Forest will look to end their 23-year wait for a top-flight return as they face Huddersfield at Wembley in the Championship play-off final.

Steve Cooper’s side defeated Sheffield United on penalties to move one game away from promotion to the Premier League after they were edged out by Bournemouth in the race for an automatic spot.

It has already been an incredible season for Forest, who were bottom of the Championship after seven games when Cooper took charge in September.

They will face a Huddersfield side who saw off Luton Town in the semi-finals to move a step closer to booking a Premier League return following their relegation in 2019.

Here’s everything you need to know before the match.

When is the Championship play-off final?

Nottingham Forest vs Huddersfield will kick off at 4:30pm BST on Sunday 29 May at Wembley Stadium.

It will be shown live on Sky Sports Main Event and Sky Sports Football, where coverage will get underway at 3:30pm. If you’re not a Sky customer you can grab a NOWTV Day Pass here to watch without a subscription. We may earn commission from some of the links in this article, but we never allow this to influence our content. This revenue helps to fund journalism across The Independent.

Huddersfield will hope top-scorer Danny Ward will be fit to start after coming off injured in the semi-final against Luton, while Sorba Thomas is set to return.

Keinan Davis looks set to start for Nottinham Forest after having to made do with the bench in the semi-finals against Sheffield United due to fitness concerns.