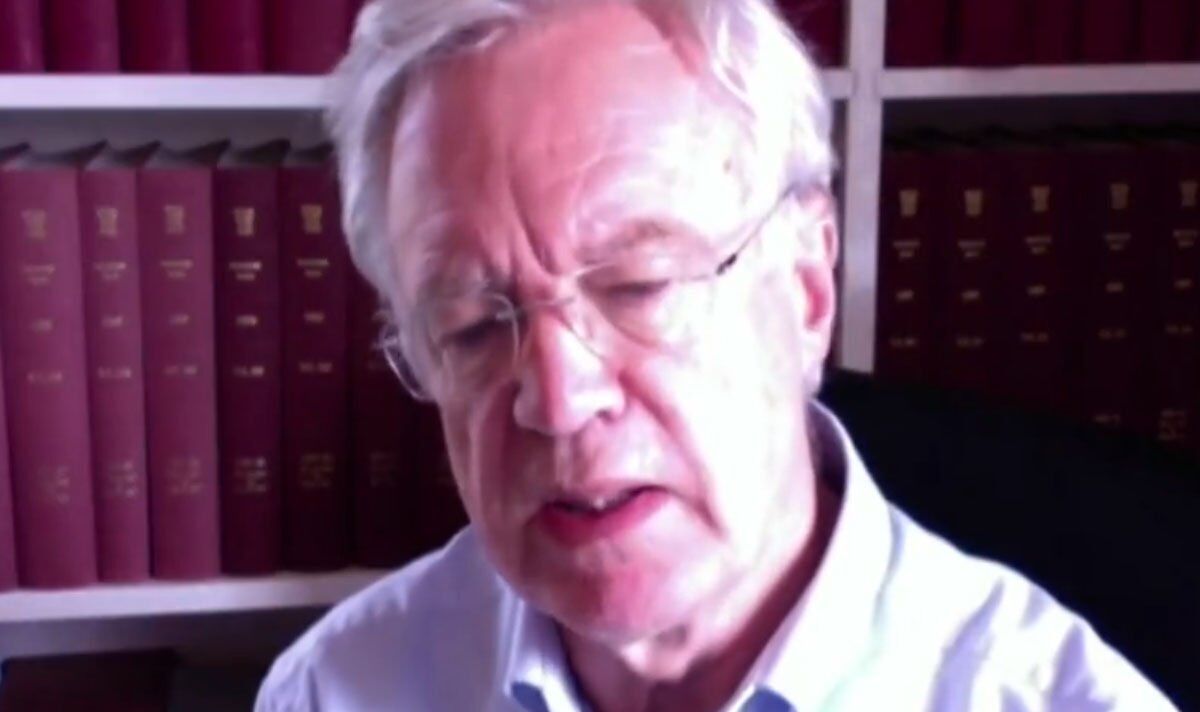 The former Brexit Secretary refused to confirm or deny if he submitted a letter of no confidence as the drip-feed of letters being submitted over the Prime Minister’s leadership has continued as pressure grows on Boris Johnson following the publication of the No 10 parties report. Since senior civil servant Sue Gray published her investigation into lockdown-busting gatherings in Downing Street on Wednesday, there has been a steady trickle of Conservative MPs announcing they want a vote on Mr Johnson’s future as UK leader.

Asked if he had submitted a letter, Mr Davis told LBC’s Swarbrick on Sunday: “I never answer that.

“Everybody knows full well, because I said really rather more clearly than anyone else, that I want him to go.

“And I want him to resign, actually, preferable to a confidence vote.

“But you can be sure I will do what is absolutely necessary to get the outcome which serves both the country and my party.”

Mr Davis said: “You’ll have to infer your own conclusion.”

Sir Bob Neill, chairman of the Commons Justice Committee, added his name to that list on Friday, declaring that he did not think the Prime Minister’s explanations for attending events in No 10 were “credible”.

Posting a statement on his website, the MP for Bromley and Chislehurst said: “I have listened carefully to the explanations the Prime Minister has given, in Parliament and elsewhere, and, regrettably, do not find his assertions to be credible.

Others may have called for a no confidence vote in private, however, as Sir Graham does not publicly reveal how many letters he has received.

Sir Bob’s intervention, making him the fifth Tory MP to call for Mr Johnson to go since the full Gray report was released, comes on the same day as the Home Secretary’s assistant resigned over the “toxic culture” uncovered in No 10 by the Cabinet Office official’s inquiry.

Tory MP Paul Holmes quit as Priti Patel’s parliamentary private secretary, saying he was “shocked and angered” by the revelations.

Mr Holmes did not, however, state whether he had submitted a letter of no confidence, instead noting that reforms to the Downing Street set-up had been introduced in the wake of the party revelations.