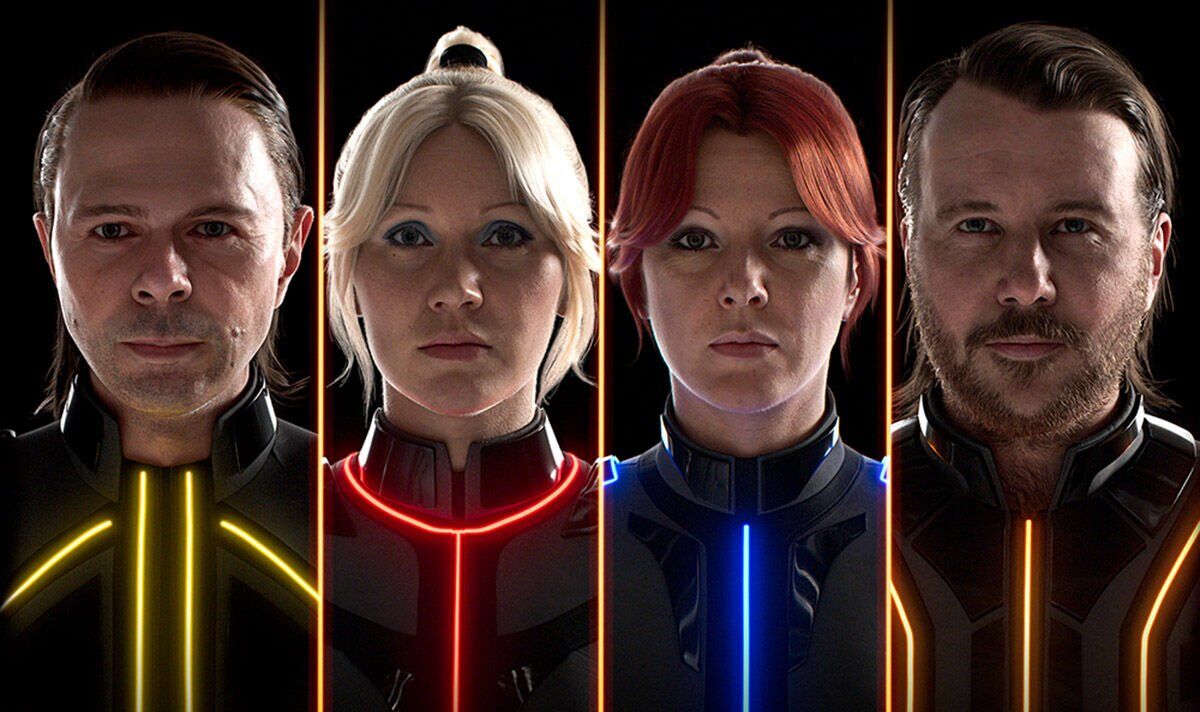 Revealed by a dazzling burst of illumination, they were right there in front of us in glittering blues and reds – life-size, life-like and somehow larger than life, even when they weren’t being projected on to the sky-scraping screens.

We weren’t just inside the Abba Arena, we were beamed to planet Abba, a mindblowing futuristic reality powered by 500 lights and lasers, a giant 65 million pixel wraparound screen and one billion hours of computer programming.

Opening number The Visitors set up a night of fan favourites mixed with blockbuster commercial hits. Just like any concert, the music is intercut with crowd interaction – banter from the boys and confessions from the girls.

A moving tribute to her grandmother from Frida prefaces Fernando.

The Abbatars move and dance with all the idiosyncrasies of each member – Frida’s exuberance and Agnetha’s refinement shine through.

The light show is utterly spectacular, the sound sensational on the richly updated orchestrations.

One caveat is the frequent interludes when the band are off-stage, with Bjorn even joking he was desperate to get out of his velvet jumpsuit.

Yet no costume changes or scenery resets are needed.

Filler fantasy animations for Eagle and Voulez-Vouz did drain the momentum, while Mamma Mia and Knowing Me, Knowing You are delivered in giant video projections of the Abbatars” .

The actual 1974 Eurovision footage is shown in full for Waterloo.

But the real magic happens when Abba are “there” on stage.

Not just in the thunderous sci-fi spectacle of Summer Night City or blissful euphoria of Dancing Queen, but also in the heart-rending The Winner Takes It All or tender new track I Still Have Faith In You.

Giant close-ups show the palpable affection and emotion as they sing to each other. It’s quite extraordinary.

Did I believe they were really there?

I wasn’t sure until I wildly whooped the curtain call with the modern-day band before all four members strolled on and I realised I’d been cheering yet more Abbatars.

Reality may never be the same again.