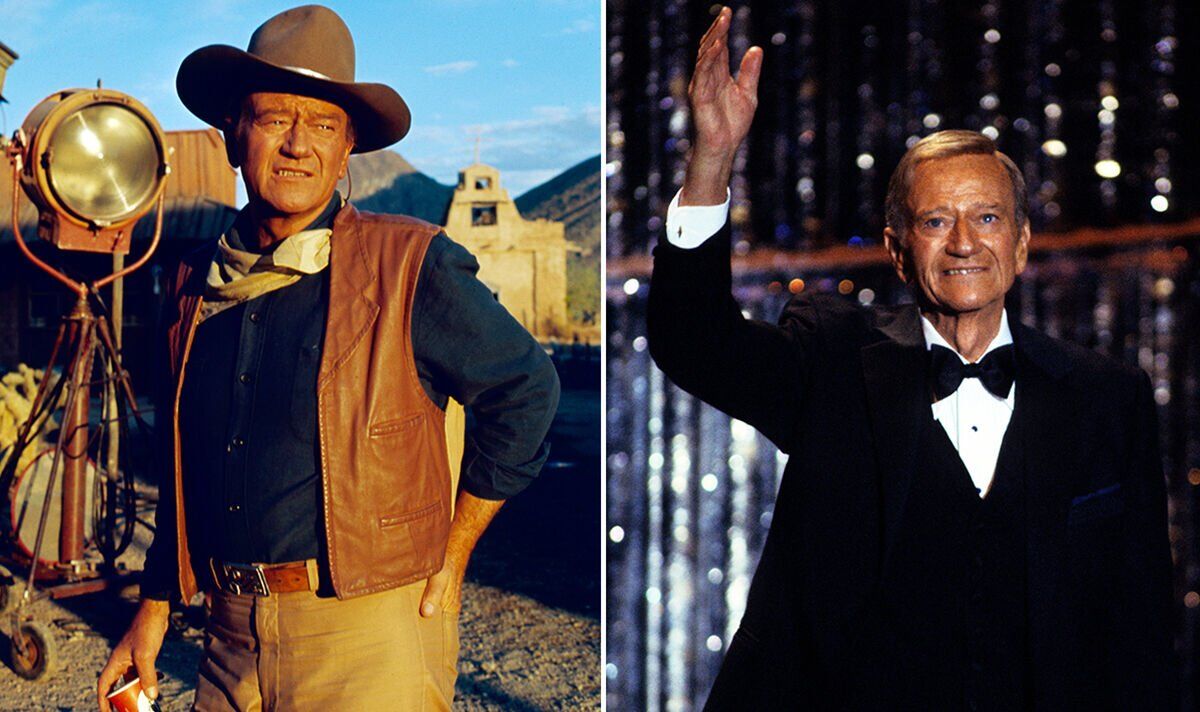 In the last 15 years of his life, John Wayne suffered from serious health problems. A heavy smoker, he was diagnosed with lung cancer in the mid-sixties, resulting in having one of his lungs and a couple of ribs removed. Determined to maintain his macho image, Duke often still insisted on doing his own stunts in his movies and continued to puff on cigars despite giving up cigarettes.

Wayne, who kept playing parts he was too old for, would wear a toupee and secretly relied on an oxygen tank.

After making 1973’s Cahill US Marshall, the star responded to the death of his director collaborator John Ford: “I’m on borrowed time.”

In 1976, he starred in his final movie, a Western called The Shootist which also featured Lauren Bacall, Ron Howard and James Stewart.

His lead role as JB Books was a man dying from cancer, a disease which would kill Duke in real life just three years later.

Having been diagnosed with stomach cancer, Wayne enrolled in a vaccine study in an attempt to beat it.

However, the 72-year-old was too weak to begin chemotherapy and experimental treatment.

His last public appearance would be at the 51st Academy Awards on April 9, 1979, where Duke presented Best Picture.

He was welcomed to the stage after being introduced by Johnny Carson, arriving to a standing ovation.

Sadly Wayne died just two months later on June 11, 1979 with his family around him. His daughter Aissa held his hand and asked if he knew who she was and he replied with his last words.

Duke said sweetly: “Of course, I know who you are. You’re my girl. I love you.” Shortly before he died, the 72-year-old converted to Roman Catholicism and asked that his tombstone read, “Feo, Fuerte y Formal”, a Spanish epitaph meaning “ugly, strong and dignified.”