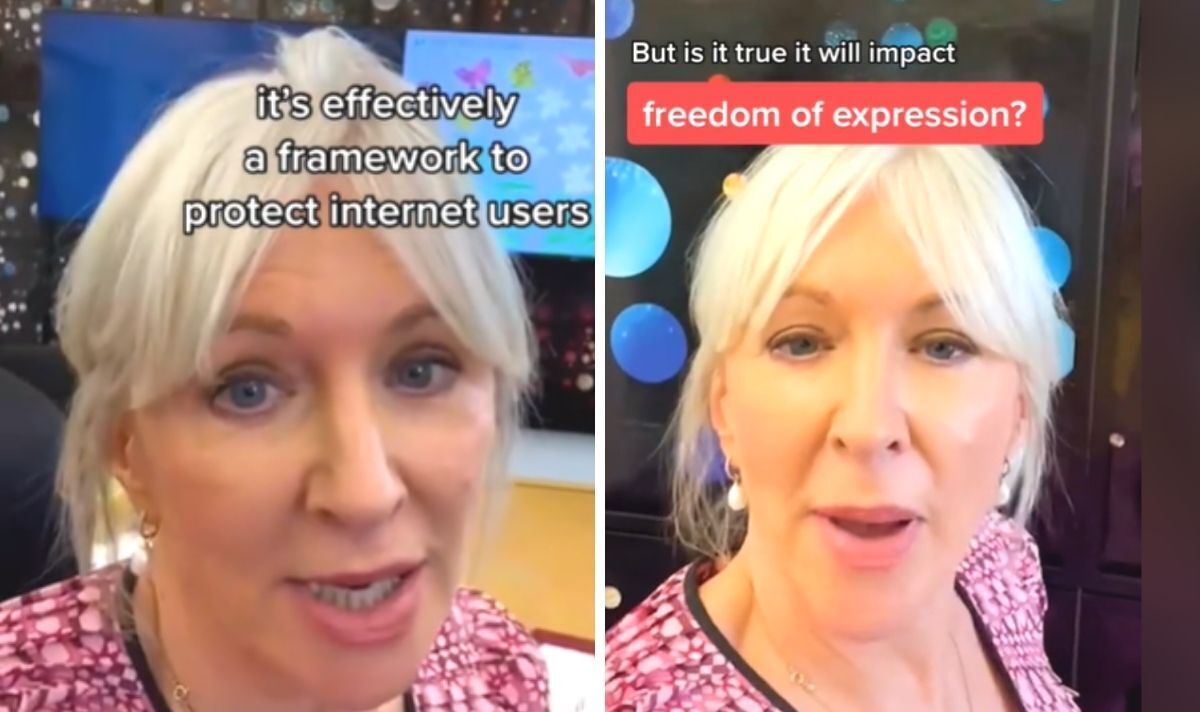 The Culture Secretary posted a video on TikTok, the social media platform that hosts short videos, to explain her new Online Safety Bill, which is currently passing through Parliament. Rapping over some music, Ms Dorries underlines the key aspects of the new legislation over stitched-together segments of video, while emojis and memes are used to further elaborate her point. Social media users have taken to Twitter to mock her attempt, with one person saying it is the “most disturbing thing” he has ever witnessed.

In the video, Ms Dorries said: “This is how we are improving online safety. The UK is passing some new legislation / to make the internet safer for the younger generation.

“It will force big tax to stop their terms being breached / and put in measures to defend free speech.

“But is it true it will impact freedom of expression? No, we’ve put in legal protections in the nineteenth section.

“Another thing we’re doing through the laws we’re passing / is tackling online crime and cyber flashing.

“The regulator Ofcom will have the power to fine / so platforms must keep people safe online.”

The culture minister then drops the mic theatrically, suggesting her rap was something to behold.

The Bill, which was first published in draft in May 2021, has undergone significant revisions to stamp out and criminalise certain behaviours, such as cyberflashing.

The newest version of the legislation was introduced to Parliament on March 17 this year and is going through the ratification process.

While the importance of the Bill cannot be overstated, with Dame Melanie Dawes, Ofcom chief executive calling the Bill an “important step” towards a safer online space, the culture secretary’s medium of choice to explain the legislation has come under sardonic scrutiny.

One user said: “Nadine Dorries has made a truly awful, fabulously out-of-date rap about internet safety. Her special advisors must really, really hate her.”

Another user said: “I have just seen the most disturbing thing I have ever witnessed on the internet. This affront to rap music must not go unpunished.

“Please @NadineDorries do something about TikTok and stop this horror.”

One user said on Twitter: “I’d like to know how platforms will keep us safe online from never seeing another rap by @NadineDorries.”

Another user spared no words, branding the rap “terrible”. He said: “Nadine Dorries dropped a TikTok rap about online safety and good lord everything is terrible.”