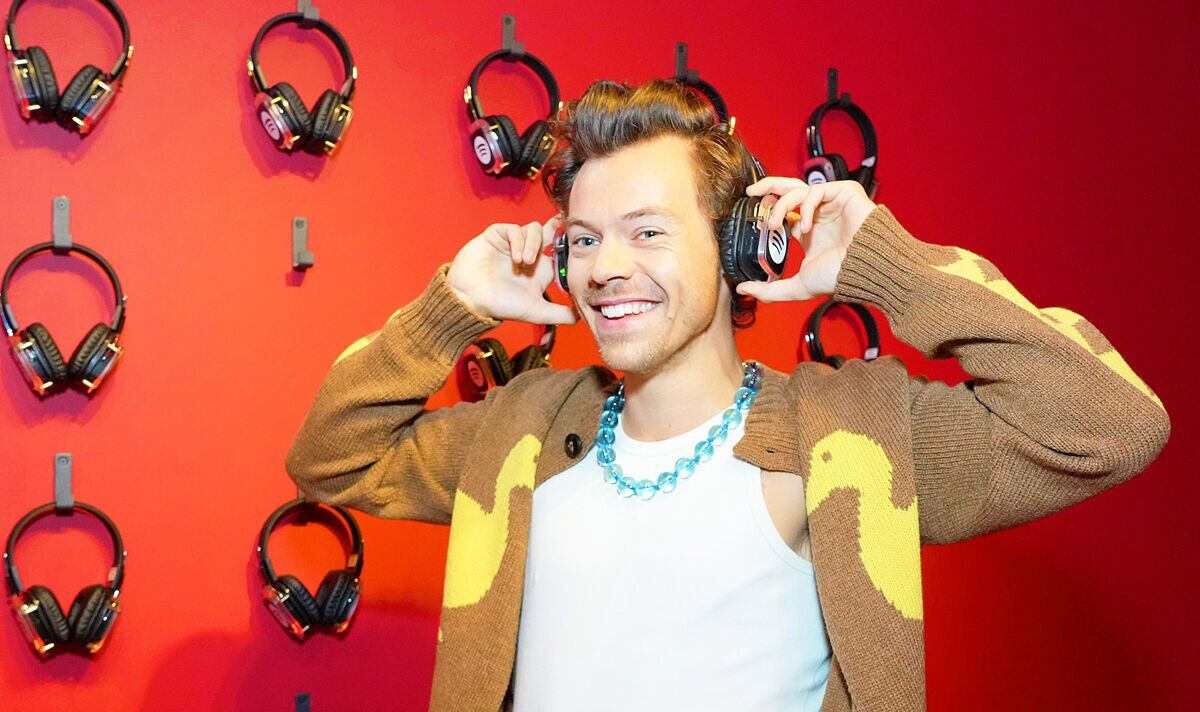 Harry released his third record, Harry’s House, just last week, but it has already taken the UK by storm. At the time of writing, every single song from Harry’s House is in the top 20 of Spotify’s most-listened-to tracks.

And, according to new information from HMV, the former One Direction star is about to enjoy another number one album.

HMV has reported that Harry’s House is “outselling the rest of the Top 40 [albums] combined”.

And this is largely due to the 28-year-old’s vinyl sales.

The record came in a number of variants, including standard black, yellow, blue and orange – all of which were produced in various degrees of “limited edition”.

An HMV spokesperson said: “Harry’s House is set to become HMV’s biggest selling album of the year so far. His vinyl sales are through the roof, and this week the album will sell more than the rest of the top 40 combined.”

The spokesperson added: “Despite only coming out on Friday, the yellow vinyl has quickly made it to the top of our bestsellers this week.”

This means he will no doubt knock Florence and the Machine’s new album, Dance Fever, off the top spot, while surging past top ten stalwarts Ed Sheeran, Olivia Rodrigo and Little Mix.

But it isn’t all great news for Harry fans. The continued success of the star’s solo career means that a One Direction reunion is becoming less and less likely by the day.

Ladbrokes’ Alex Apati said: “The bad news for Directioners is that a 2022 reunion looks increasingly unlikely. The good news, however, is that fans won’t have to wait too long to see the boys back together if the latest odds are anything to go by.”

And it’s easy to see why Harry wouldn’t want to give up his solo career to return to the boyband. The impending number one spot for Harry’s House means all three of the Watermelon Sugar singer’s albums have reached number one around the globe.

But it was with his sophomore record, 2019’s Fine Line, that Harry really found his stride. He reached number one in more than seven countries and went multi-platinum – largely thanks to singles including Watermelon Sugar and Adore You.

The album was nominated for Album of the Year at the 2020 Brit Awards, before going on to win the Grammy Award for Best Pop Solo Performance in 2021 for Watermelon Sugar.

Rolling Stone has since ranked it as number 491 on their list of 500 Greatest Albums of All Time – making it the most recent album to be inducted into the prestigious list.

Later this year Harry is embarking on a stadium tour around the UK and Europe to celebrate the release of his new album.