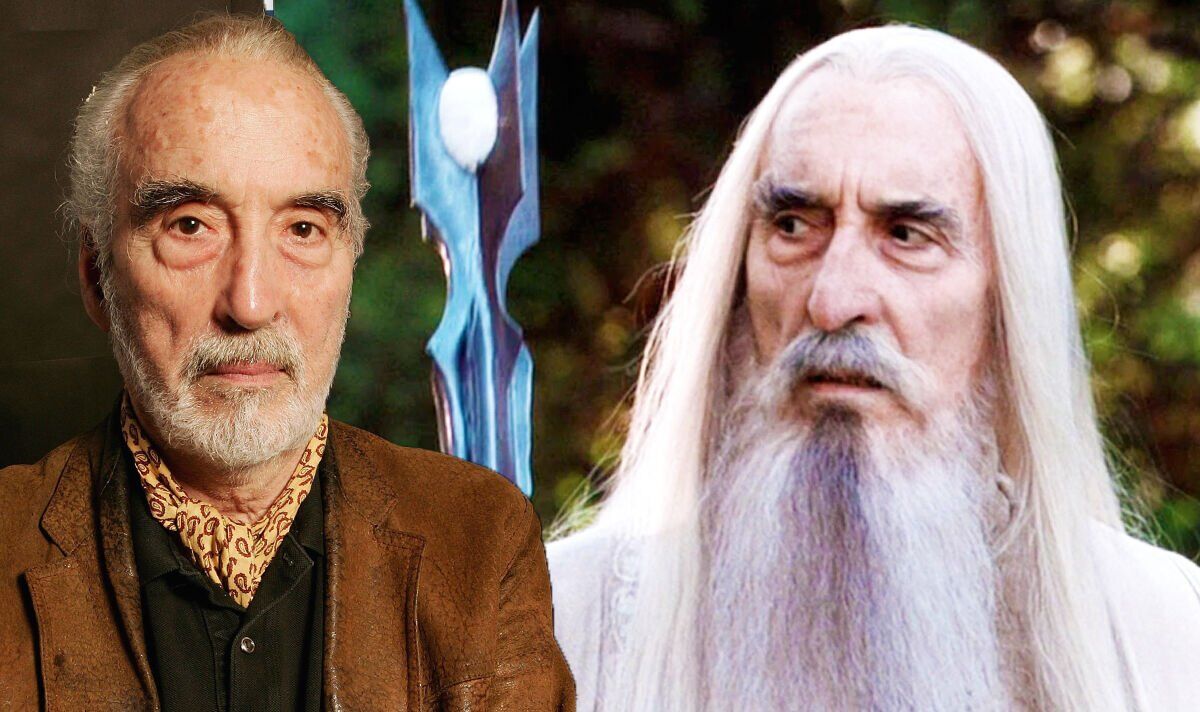 He of course made his mark in cinema by playing such iconic roles as Dracula, James Bond villain the Man with the Golden Gun and Count Dooku in the Star Wars series – as well as countless other characters – but he had a lifelong passion to play one brilliant creation from JRR Tolkien’s Lord of the Rings trilogy.

Jackson remembered casting for the Oscar-winning Lord of the Rings trilogy alongside screenwriter Fran Walsh. He recalled Lee “literally looming out of the shadows” to introduce himself in a “creepy old Gothic church in London”.

He remembered: “As we chatted, he told us how he’d met Tolkien, and why the book meant so much to him. He re-read The Lord of the Rings every single year, and could freely quote vast chunks. We had a video camera and tripod set up, but just said that we would love him to be in our movie — virtually offering him the role of Saruman right there.”

But as Jackson began offering Lee the role of Saruman the White, the incredible evildoer from the series, he realised the actor did not want to play the nefarious wizard.

Jackson said: “It was at that exact moment that Fran and I realised in horror that he’d come to talk to us about playing Gandalf!”

In a nightmare scenario, the director had to break the news to Lee that they had already approached another British star for the role of Gandalf the Grey.

Jackson said: “A very awkward 30 minutes followed, with Fran and I trying our best to explain to a rather peeved Christopher Lee that we were already talking to Ian McKellen about Gandalf — but what an incredible Saruman he would be!”

Unfortunately for Jackson, Lee wasn’t open to the idea.

One day on set, Lee turned to McKellen while they were both in full costume and said: “I’m perfectly happy to be in an ‘Ian McKellen film.'”

But McKellen would not let it slide.

He instantly responded: “But not as thrilled as I am – to be in a ‘Christopher Lee movie’!”

Jackson added that he suspected this was how Lee felt throughout his career.

Jackson continued: “That was the bittersweet reality with Chris – while he regarded his cinematic history with a certain amount of disdain, everyone around him had the opposite opinion.”

Despite not wanting to play Saruman in the first place, Lee returned to play the villain in the follow-up Hobbit trilogy.

Jackson added: “For my part, I’m as happy as hell to have made five Christopher Lee movies.”

The Lord of the Rings trilogy is available to rent on Amazon Prime Video now.

The Hobbit is available to stream on Netflix now.

‘Queer music can be anything’: Sam Smith says queer culture has a place in all genres