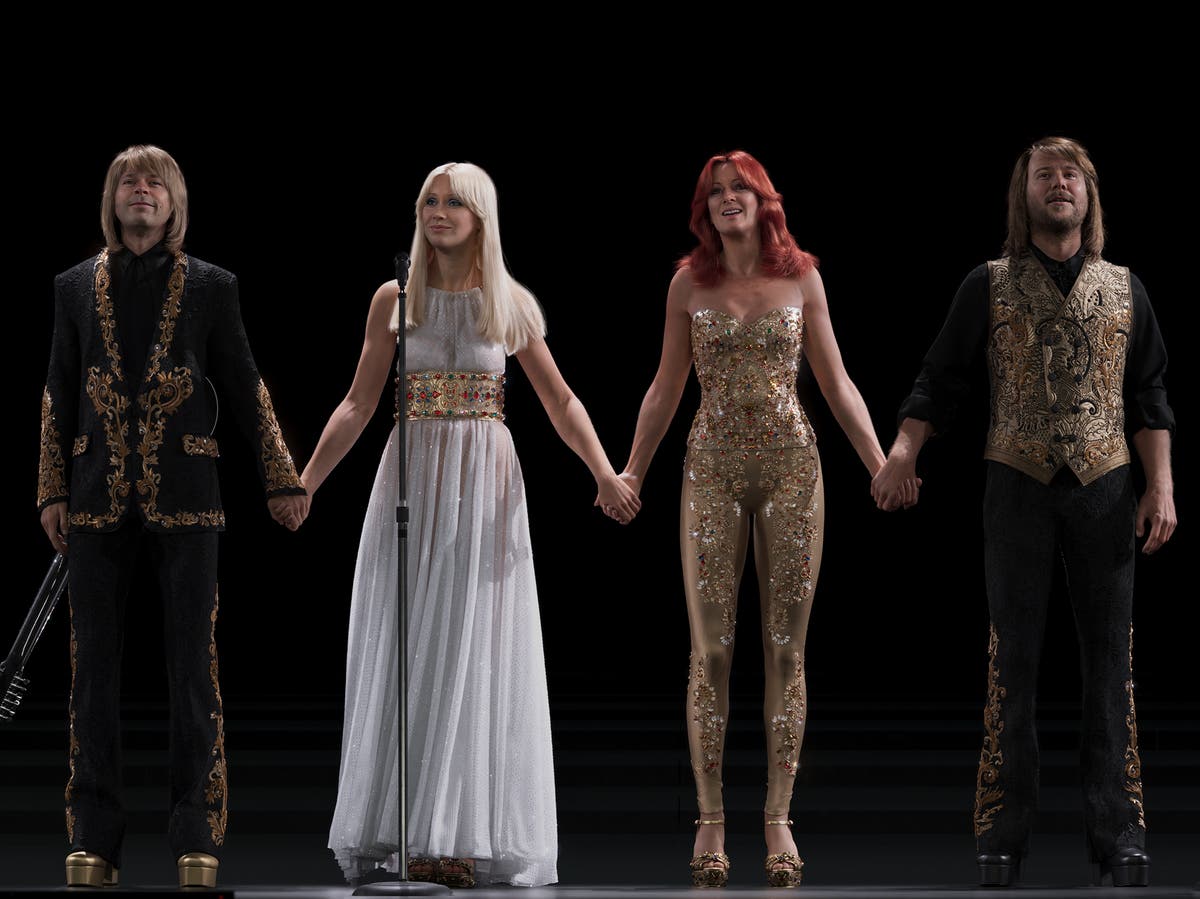 Do you know what’s comforting? ABBA can open a multi-million-pound stage show full of fancy tech. They can create a purpose-built stadium. They can return to the stage as state-of-the-art avatar versions of their younger selves. And yet people will still respond as though they’re 12 gins deep at a wedding disco. On Thursday night, as the opening bars of each song began – the setlist had remained a surprise – all around me are elated cries of “OH! OHHH!!!” This, by the way, is a compliment. ABBA do something to people.

This is not to downplay what a ground-breaking venture this is. There’s a band of 10, a 20-song setlist, and strobes, beads, and domes of light submerge the crowd. It’s an incredible spectacle. Everything has clearly been done, at great expense, to inspire awe – so much so that it’s sometimes hard to know where to look. But what of the ABBAtars? Industrial Light & Magic, George Lucas’s production company, have created digital versions of a younger ABBA that look scarily real. When projected on bigger screens, they do admittedly have a touch of the video game character about them. My brain got a bit preoccupied with whether it could really be tricked into thinking I was at an ABBA concert. My conclusion: it’s better to think of this as an incredibly premium piece of theatre. It still looks like… the future.

The set-list is mostly crowd-pleasing: “Dancing Queen”, “SOS” and “Waterloo” are all here, with a restrained number of songs from the new album. The naff costumes have had a glow up from Dolce & Gabbana, and choreographer Wayne McGregor has helped to recreate the band’s original moves, which are endearingly low-energy. ABBA’s stage presence is docile, and I don’t think it’s just because they are holograms.

There are brief stretches of languor when the holograms disappear and a baffling anime film is played. Why did the holograms go away, I wonder – do they get tired? I suddenly start thinking about Klara and the Sun, Kazuo Ishiguro’s novel about robots who might have a soul. I decide it’s best not to think about it too much.

There are strangely intimate moments when each ABBAtar appears alone to talk to the crowd. In their younger bodies, they speak in their older voices – Anni-Frid paying tribute to her grandmother, Agnetha thanking fans for the years of support. It’s a reminder that this isn’t just a great technological leap, but something deeply personal for these four individuals. ABBA Voyage preserves their achievement as the world’s greatest pop band forever, and fans will be able to take leave of their senses to the chorus of “Gimme Gimme Gimme” for as long as they still want to.

There is one specific moment that wins me over. I’m past the point of no return. The ABBAtars make a joke about a quick costume change, then re-emerge in velour jumpsuits, emblazoned with their own names in diamante (these would make a killing if sold in the shop) and perform “Mamma Mia”, complete with deeply uncool dance moves. It is camp. It is knowing. It is ludicrously fun.

If I have a reservation, it’s that the show lacks emotional connection. After all, the ABBAtars don’t know we’re clapping or singing along; they can’t respond to the man who is practically keening at the end, yelling “More! Mooore!!” But, actually, it isn’t about that. The real alchemy here is happening all around you. It’s a concert where everyone knows the words to every song. It’s a gig where the person sat next to you is going to become your best friend. It’s a haven for endorphins, a safe space for people who want to dance badly and enthusiastically, and sing “Chiquita” at the top of their lungs. I am among my people.