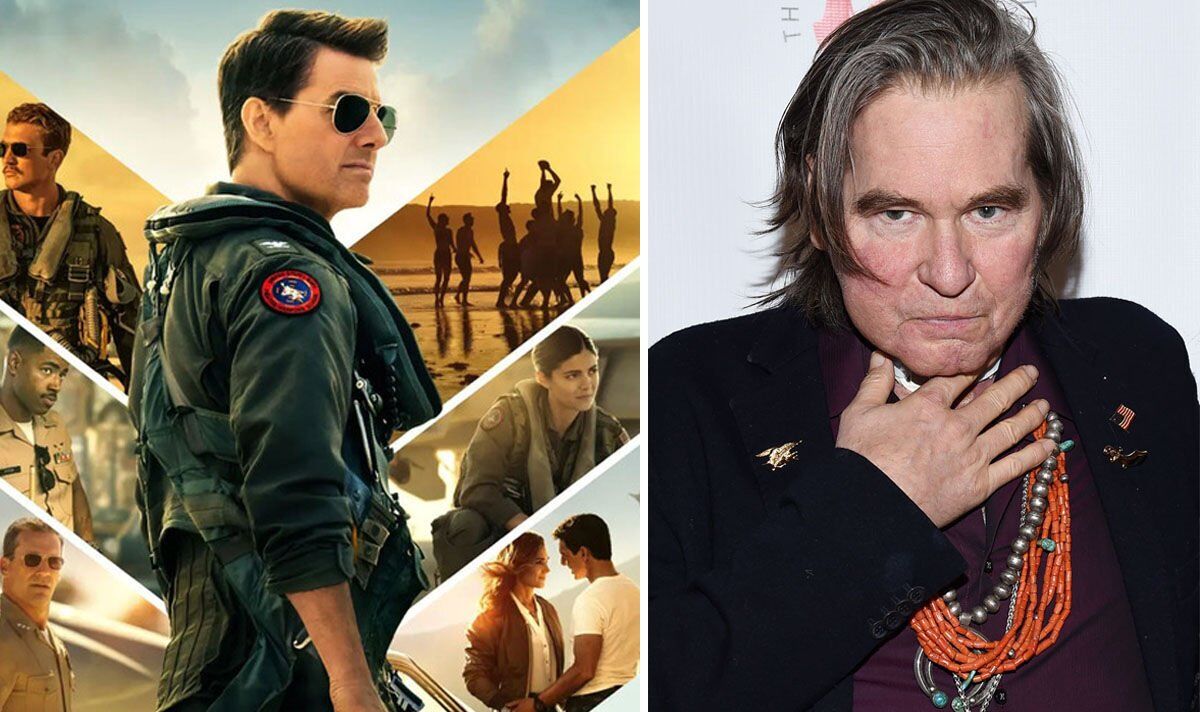 As Kilmer himself said in his 2020 memoir, I’m Your Huckleberry, “Tom was Maverick, but Maverick’s nemesis was Iceman. The two went together like salt and pepper.” But when news started circulating in 2015 that a Top Gun sequel was on the way, the actor was at the start of a devastating battle with throat cancer that would steal his voice and leave him with a thin rasp and breathing issues. Kilmer is now cancer-free and has fought back so that he can actually ‘speak’ again, with the aid of some extraordinary new technology. He also openly confessed how hard he battled to make sure he was up there on screen opposite Cruise once more. And now, at last, the actor, can openly speak of his overwhelming emotions as he is back where he belongs. WARNING: MINOR SPOILERS ABOUT KILMER’S ROLE IN TOP GUN MAVERICK

Top Gun: Maverick premiered in Cannes this week to phenomenal reviews, with Kilmer’s return featuring prominently in the praise.

The star’s own personal struggles have been honoured on screen in a powerful and moving way. His character Tom Kazansky, aka Iceman, is now an Admiral and commander of the US Pacific Fleet. Despite all their macho posturing and rivalry in the first film, Iceman is now Pete Mitchell, aka Maverick’s, staunchest supporter and is the one who protects his position when others want him removed. He recommends Maverick for the role training new fighter pilot recruits around which the whole film revolves.

The film includes a moving scene where the two are reunited at Iceman’s home. He is clearly very unwell, and has to communicate mainly through a computer. In real life, science fiction-level technology has also been helping the star regain his voice.

Producer Jerry Bruckheimer confirmed Cruise’s commitment: “He said, ‘I’m not making this movie without Val’. When we filmed it, it was a very emotional day, having Val there and seeing him work with Tom after 35 years.”

At the London royal premiere, Cruise said: ” “He’s an actor that I greatly admire, so it was wonderful.”

Kilmer’s daughter Mercedes, 30, revealed the depth of her father’s feeling about being involved: “It means a lot to my dad, as he’s very proud of that film. This is what he loves to do. It was trippy, and very special, for my dad to be on set with all of his friends who made this movie when they were my age.”

In real-life, Kilmer’s cancer battle saw him collapse in a pool of blood at ex-girlfriend Cher’s house.

Although they split up in the mid 1980s, they remained close, and when Kilmer collapsed in 2015 and was diagnosed with throat cancer, he found himself struggling to pay immense medical bills.

He said: “Cher stepped in and stepped up… Once Cher works her way inside your head and heart, she never leaves.”

Cher, herself, recalled: “He was at my house a lot of the time he was sick. He was brave the whole time. I saw how sick he was.”

The treatments and invasive surgeries through his throat and windpipe permanently damaged the star’s voice. He covers the scars in public with scarves and collars, but he has found a new way to ‘speak.’

2021 documentary Val told his remarkable story, with his son Jack voicing his thoughts. However, the actor has also helped pioneer new AI technology with Sonantic.

Kilmer made a video with the ground-breaking technology pioneers, explaining their work: “I was struck by throat cancer. After being treated, my voice as I knew it was taken away from me. People around me struggle to understand me when I’m talking. But despite all that I still feel I’m the exact same person.”

The company has taken multiple archive voice recordings and fashioned an AI version that allows the actor to speak freely and clearly.