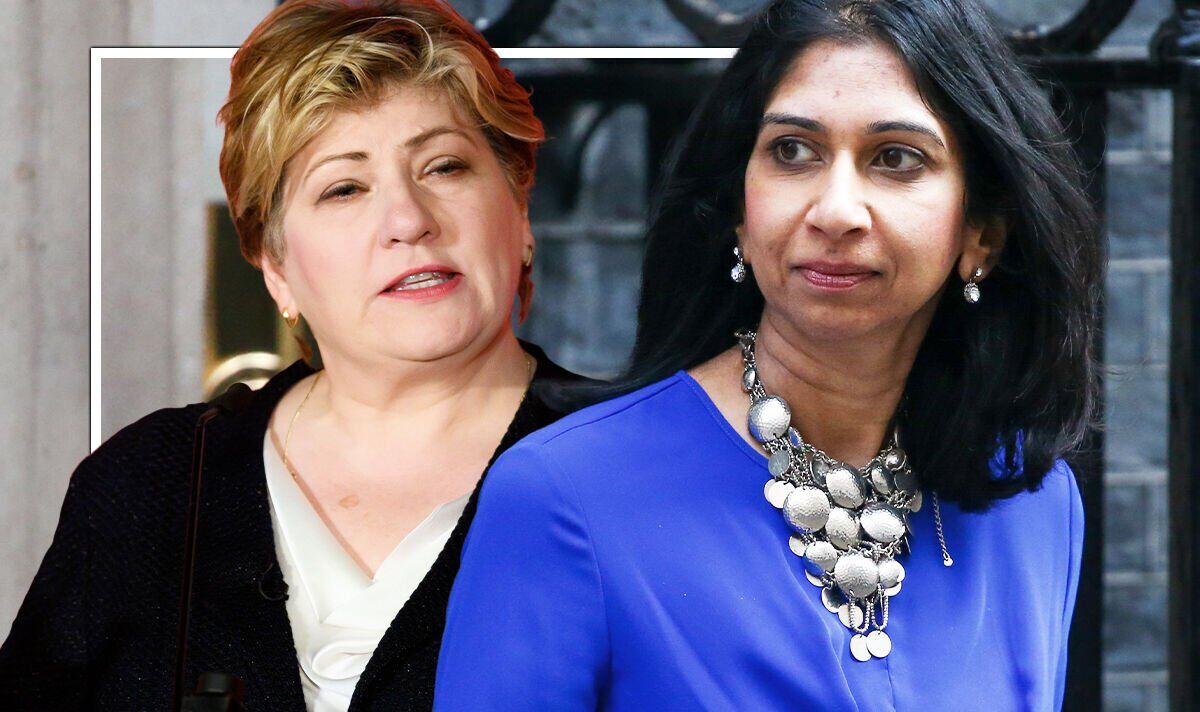 Ms Braverman, a popular figure among Brexiteers who used to chair the powerful European Research Group (ERG), hit back at her leftwing opponent who had been a key ally of Jeremy Corbyn’s.

She pointed out that while a shadow minister for Ed Miliband, Ms Thornberry was sacked after a sarcastic Tweet about a house with a Cross of George England flag and a white van outside.

And she also pointed out that as a top member of Corbyn’s front bench she had tried to stop Britain leaving the EU and get rid of Britain’s nuclear deterrent which now protects it from Russian aggression.

To loud cheers from Tory MPs, Ms Braverman said: “There are big differences between [Thornberry] and myself. I am very disappointed at the line of attack.

“I love the United Kingdom, [Thornberry] is embarrassed by our flag.

“I am proud of the leadership the UK has demonstrated and [Thornberry] wants us to be run by Brussels and wants to scrap Trident.

“My heroes are Churchill and Thatcher, hers are Lennin and Corbyn.”

As tensions heated up the Deputy Speaker Eleanor Laing had to intervene to prevent Ms Thornberry from interrupting.

Ms Braverman said: “I take the convention incredibly seriously as a running thread through the integrity and robustness with which law officers can provide advice.