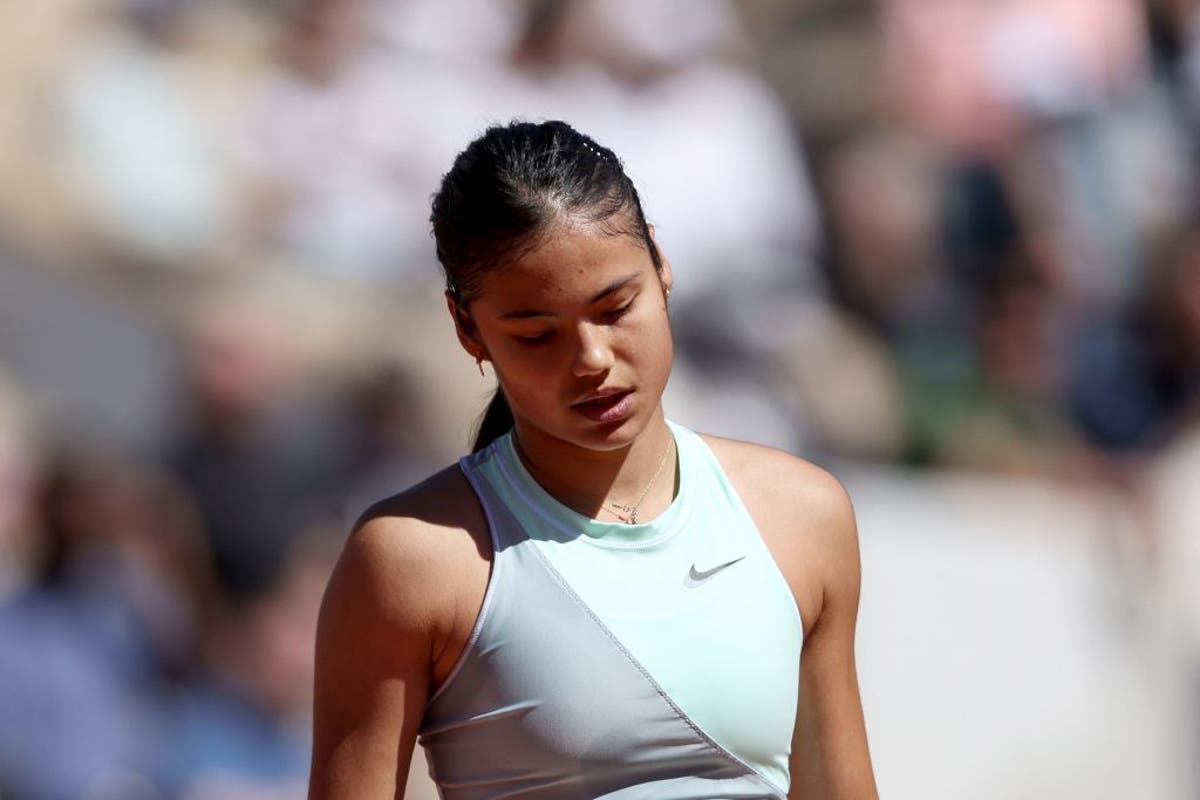 Follow live updates as the second round of the French Open gets underway at Roland Garros. Emma Raducanu’s journey is over, though, after a three-set defeat to Aliaksandra Sasnovich in the opening match at Court Suzanne-Lenglen. Raducanu edged the first set but was ultimately overwhelmed by an inspired Sasnovich, who hit an incredible 45 winners in wrapping up a 3-6, 6-1, 6-1 victory in a little over two hours.

It kicks off a packed day of action at Roland Garros, espcially in the men’s draw with Rafael Nadal, Novak Djokovic and Carlos Alcaraz all in action today. Nadal will highlight the night session on Philippe Chatrier as he takes on France’s Corentin Moutet, who knocked out former French Open champion Stan Wawrinka to reach the second round. Djokovic continues his grand slam return against Alex Molcan while Alcaraz faces compatriot Albert Ramos-Vinolas in an all-Spanish contest. Follow live updates from the French Open, below: