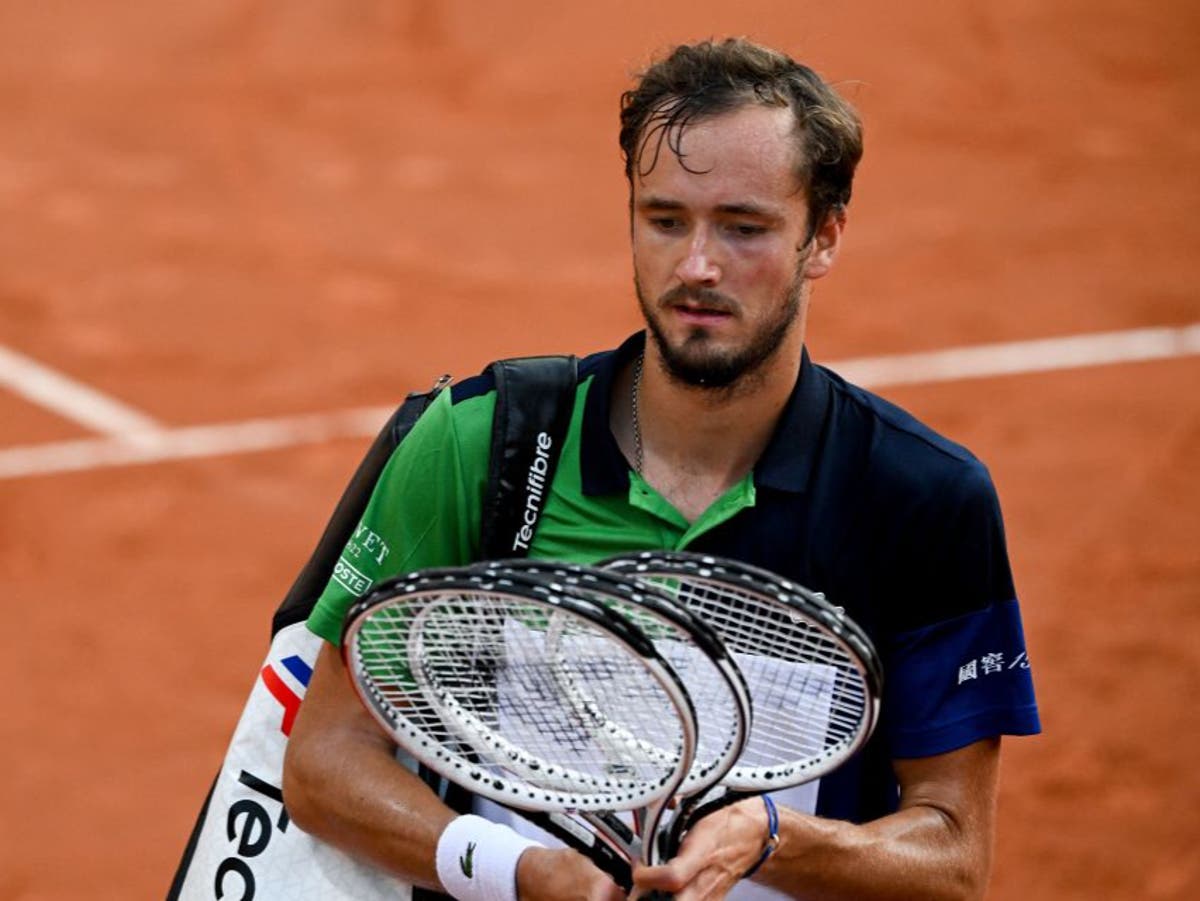 Former world No 1 Daniil Medvedev and 2021 finalist Stefanos Tsitsipas are in action on day three at the French Open while Paula Badosa and Aryna Sabalenka star on the women’s side of the draw.

Medvedev, who is the second seed, takes on world No 103 Facundo Bagnis in the first round while Tsitsipas faces a tougher test against 20-year-old Italian Lorenzo Musetti.

Badosa, who has risen to No 4 in the world rankings, takes on home favourite Fiona Ferro and there are plenty of other French players in action for the crowd to get behind with Alize Cornet opening the action on Court Philippe-Chatrier against Misaki Doi before Jo-Wilfried Tsonga looks to upset No 8 seed Casper Ruud. Sabalenka, who is last up on Court Suzanne-Lenglen, also has a French opponent in Chloé Paquet.

Simona Halep is also in action against Nastasja Mariana Schunk, and the 2018 champion has said that her new coach Patrick Mouratoglou has “brought the fire back” to her game.

Here’s Day 3’s schedule and how to watch the action:

You can live stream the action on Discovery+, a subscription is £6.99 per month or £59.99 annually on Sky, Amazon Prime Video channels, Roku and Vodafone. With the app available on the following devices: LG Smart TV, Samsung Smart TVs and Amazon Fire TV.

(All courts start at 10am BST unless stated)

The full schedule is available here.