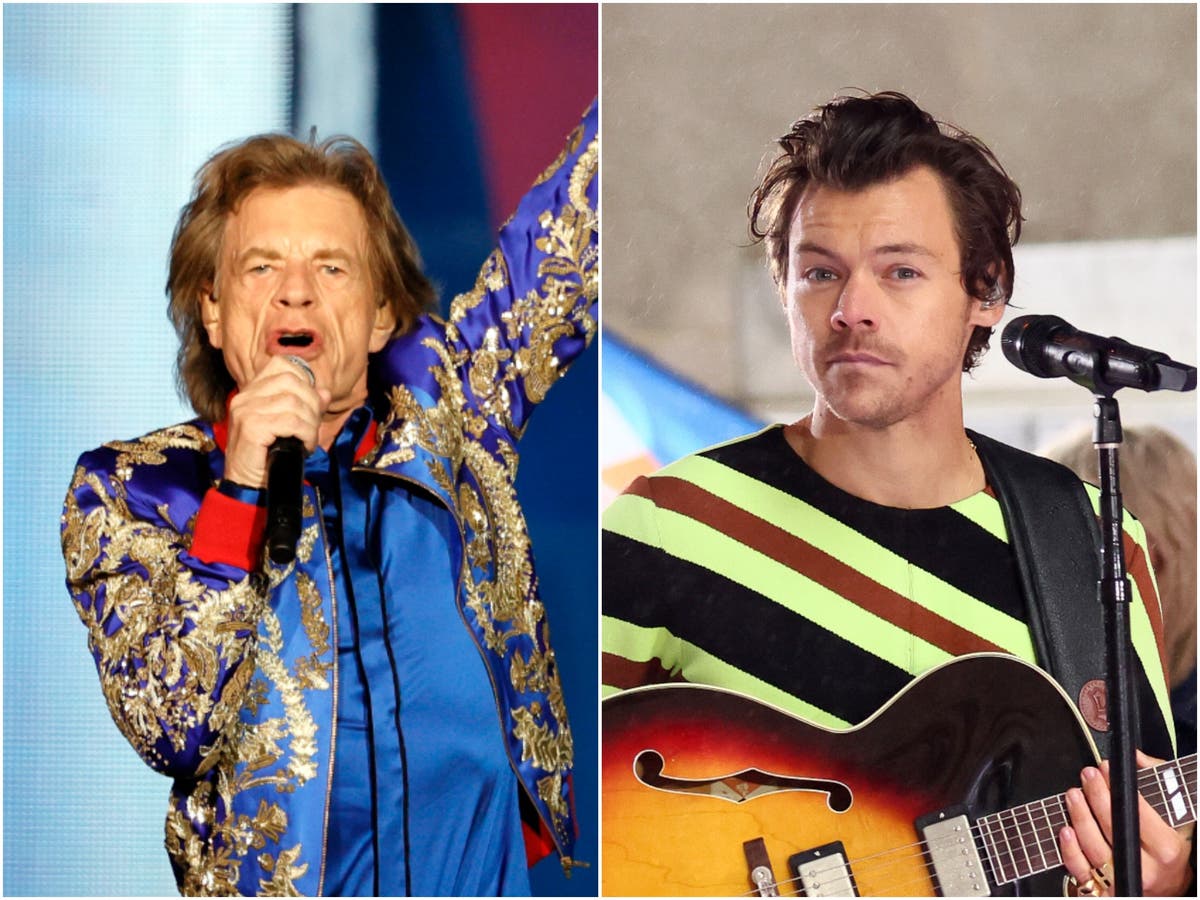 Mick Jagger has said that comparisons between him and Harry Styles are “superficial”.

The “As It Was” singer has long been compared to the Rolling Stones frontman due his gender-fluid approach to dressing and on-stage presence, with Styles even impersonating Jagger in a 2017 episode of Saturday Night Live.

In a new interview, Jagger described his “easy” friendship with the former One Direction star, while stressing that the pair weren’t really that similar.

“I like Harry – we have an easy relationship,” he told The Sunday Times.

“I mean, I used to wear a lot more eye make-up than him. Come on, I was much more androgynous.”

Jagger added: “And he doesn’t have a voice like mine or move on stage like me; he just has a superficial resemblance to my younger self, which is fine – he can’t help that.”

In a four-star review, The Independent’s Mark Beaumont compared Styles to Prince, saying that the singer has “broadened the horizons of his pop fanbase”.

In a recent interview, Styles admitted that he auditioned to play Elvis Presley in Baz Luhrmann’s forthcoming biopic – but was unsuccessful.