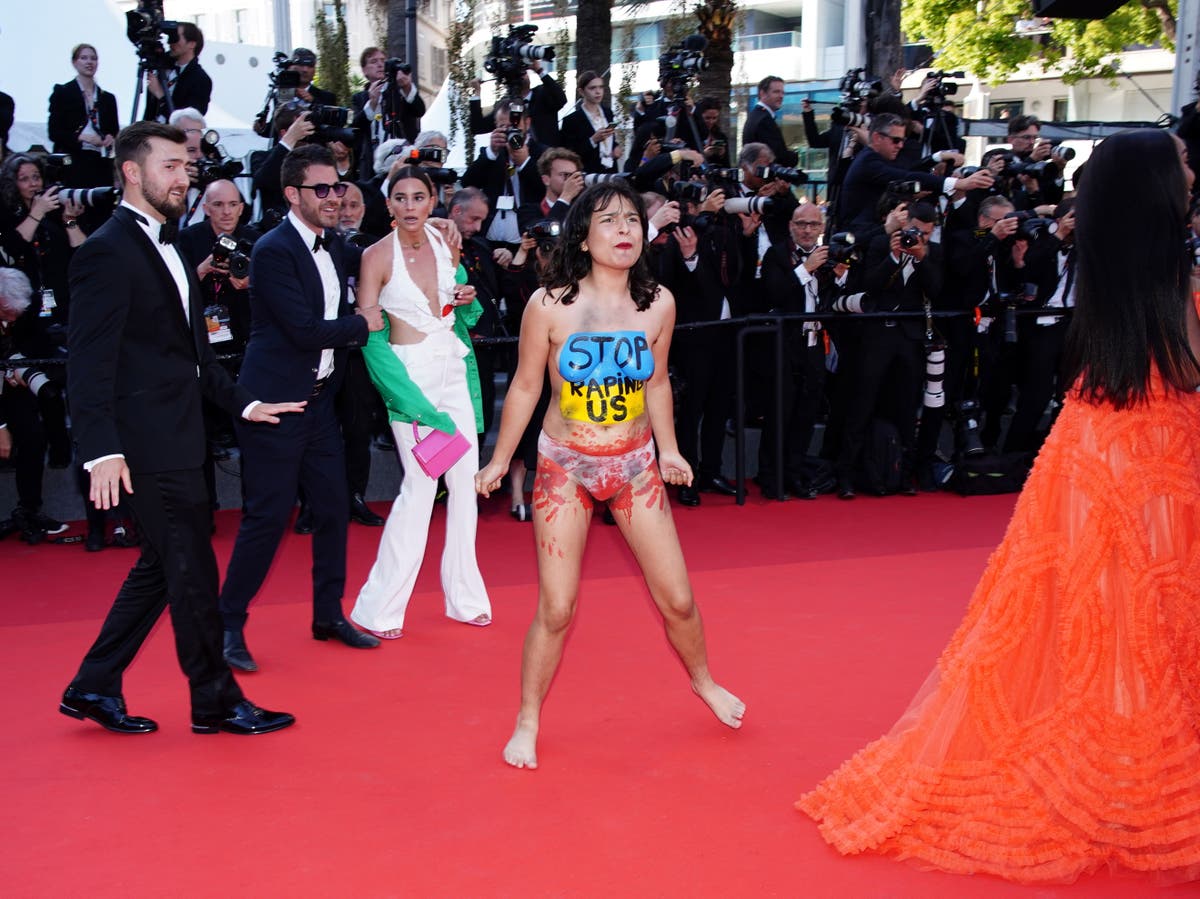 Security personnel have removed a woman from the Cannes red carpet ahead of the premiere of director George Miller’s new film Three Thousand Years of Longing.

The protestor was wearing body paint that read “Stop raping us” against a backdrop of yellow and blue – the colors of the Ukrainian flag. She also had the word “Scum” written across her back.

It’s reported that she crashed the red carpet of the French film festival clothed earlier today (20 May), then undressed to her underwear and began screaming, until security personnel arrived to remove her.

According to a Twitter post from a French activist group called “Scum”, she was protesting sexual violence committed against Ukranian women in the context of war.

There have been persistent reports of rape and sexual violence committed by Russian forces in Ukraine. In April, the UN Special Representative of the Secretary General on Sexual Violence in Conflict, Pramila Patten, and the Executive Director of UN Women, Sima Bahous, released a statement urging swift investigation into the allegations.

On 17 May, Ukrainian President Volodymyr Zelensky delivered a surprise address as part of the opening ceremony of the Cannes Film Festival. The politician, who was previously an actor, quoted from Charlie Chaplin’s satirical film The Great Dictator.

“The hate of men will pass, and dictators die, and the power they took from the people will return to the people. And so long as men die, liberty will never perish.”

The film festival has yet to comment on the incident nor is the name of the activist currently known.

James Bond: Daniel Craig got sage advice from Pierce Brosnan that changed his 007